Photos of an elderly disabled man cleaning the dirty streets in Pagadian City, Zamboanga del Sur has angered netizens after it was posted by Facebook page, Matalinong Matsing.

In the Facebook post, a certain Mamdouh Gallentes Balatucal shared photos of the elderly man with Matalinong Matsing.

Balatucal urged the admin of the page to share the photos in hopes that it would go viral and reach the proper authorities so the disabled man can be helped in the best way possible.

(He is cleaning near Gate7 of Agora market in Pagadian City, Zamboanga del Sur. Is it right that this man be allowed to continue with what he is doing? Cleaning up after the trash and dirt left by other people? This man is disabled and already old; it is best that he gets to rest, instead.)

(If we can’t help him with his personal needs, I hope that he won’t also be made to clean up and clear the trash thrown by others.) 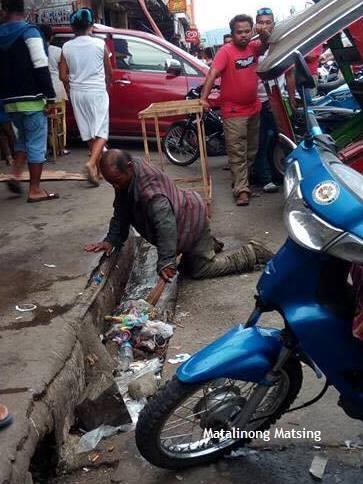 The post gained mixed reactions; although most of those who commented on the post were angry that the old man was made to do that, as they feel that the local government should have assigned him to another, less dirty job considering his age and disability.

Others admonished the poster for just taking pictures and not taking personal action in the matter; although many also believed that going viral on social media can have better, long-term benefits for the elderly man as the local government might truly give him a better, less difficult job to do! 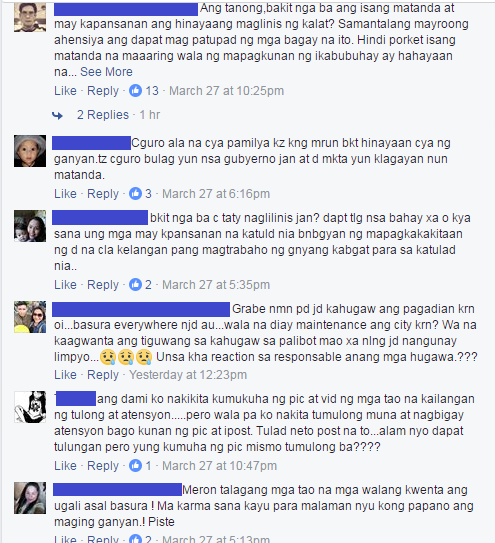