Shakey’s has a tagline, “If it’s late, It’s FREE!” But do you think they would really give customers the items they ordered for free if the order arrived late?

One customer was able to prove that the restaurant, indeed, follows through with that promise but her post gained mixed reactions on social media, many of them quite angry!

According to a netizen who goes by the name Tin Tin on Facebook, she and her friends ordered four pizzas from Shakey’s at 4:30PM. The call with the pizza store’s agent ended at 4:35PM and they were told that they have to wait for an hour; if the delivery is late, they get it for free. 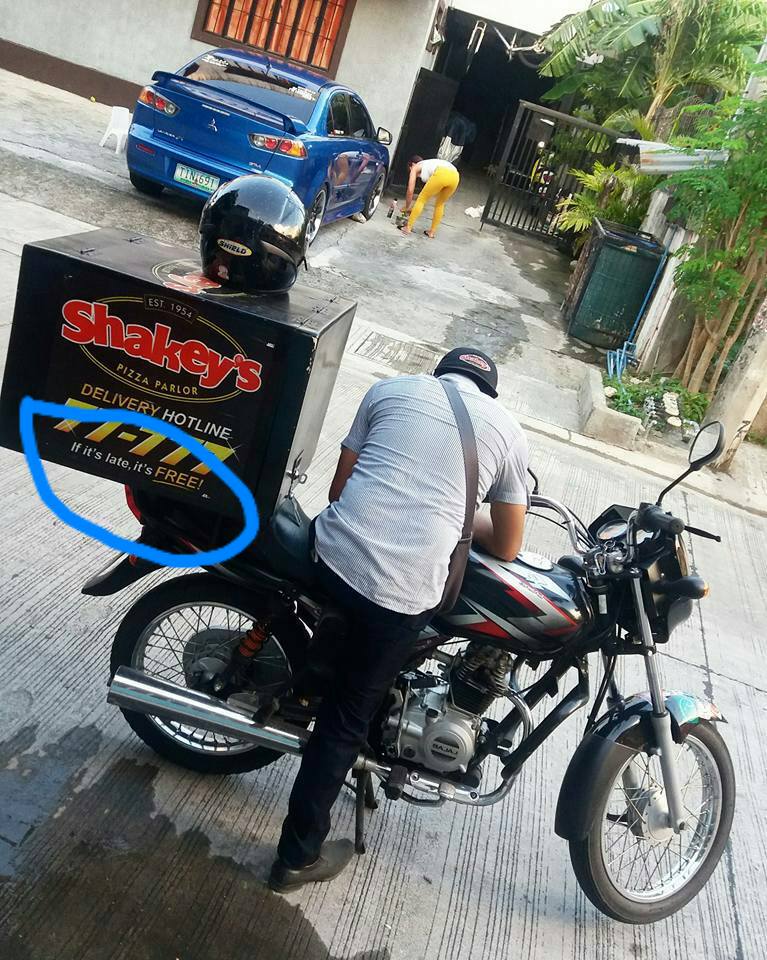 By 5:20PM, they called up again to inform the store that the order still hasn’t arrived; the agent confirmed that the delivery will be free if the 5:35PM deadline is reached. By 5:35PM, Tin Tin and her friends were rejoicing because the delivery man still hasn’t arrived. For sure, their pizzas will be free – and getting four Shakey’s pizzas for free is certainly cause for celebration!

Tin Tin revealed that their order arrived at 5:50PM. They asked the guy whether he would honor the agent’s promise and he affirmed this. After confirming that the charges won’t be deducted from the delivery man’s salary, Tin Tin and her friends happily accepted their free pizzas.

She also mused on social media that she hopes Shakey’s would continue delivering pizzas late at their place so they could have free food. 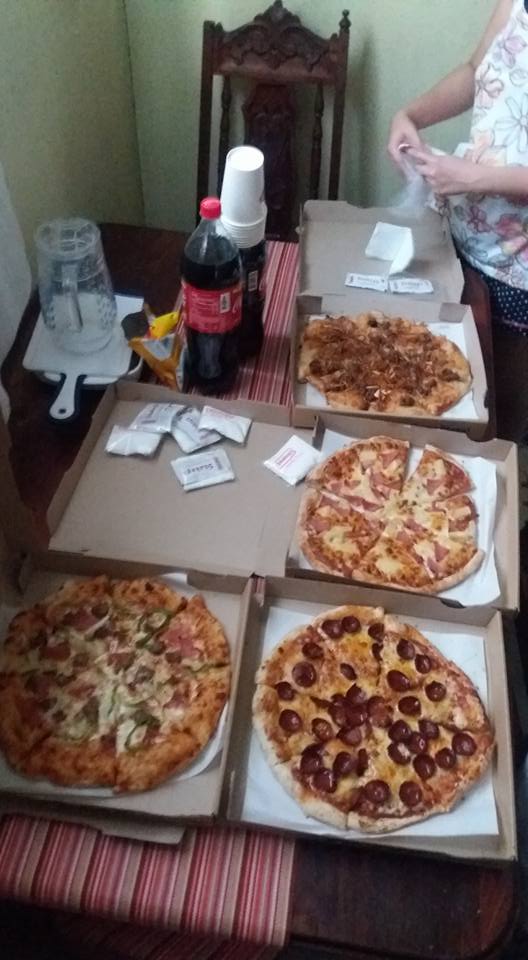 The post gained angry reactions from netizens who could not believe Tin Tin and her friends did not pay for the delivery. Many said that while the store does have that supposed promise, they should still have paid for the order because it would be the honest way to get food.

Still, many said that it wasn’t Tin Tin’s fault that the restaurant made that kind of promise to their customer; thus, she and her friends were entitled to the free pizzas!

So, whose side are you on?