In a Facebook post she made on May 20, de Leon detailed their experience with a supposed fake bank representative. According to de Leon, her husband received an SMS from an unknown number claiming to be a representative of the Bank of the Philippine Islands (BPI), their credit card provider. They were informed via text message that their account has been blocked and cancelled for an upgrade. 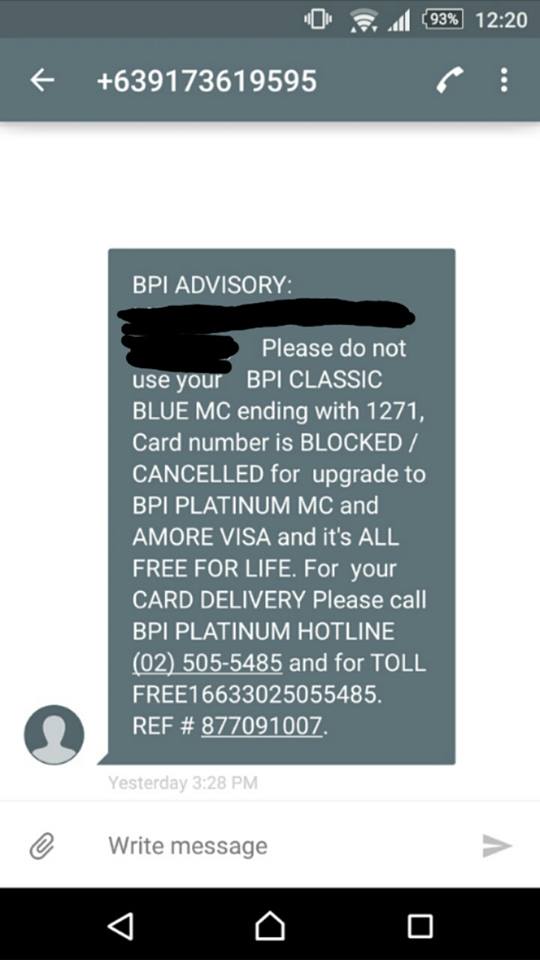 This prompted de Leon’s husband to contact the unknown number.

“They know all the details about us.. our address, transactions of our card and credit limit!!” de Leon wrote.

De leon’s husband became skeptical after hearing unusual sounds such as the croaking of a chicken. Suspecting that the supposed fake bank representative was just inside a house, he then decided to end the conversation.

Their suspicions were confirmed after reporting the incident to a customer service representative of BPI. De leon’s husband was told not to give their credit card or any personal information as it is a modus operandi attempting to copy their card.

“They said this is an attempt to copy our card so don’t give any details and DON’T EVER GIVE YOUR CARD TO THEM ESPECIALLY THE LAST 3 DIGITS AT THE BACK OF YOUR CARD.”

After his conversation with the BPI customer service representative, the suspected fake bank representative brought a letter to their house. 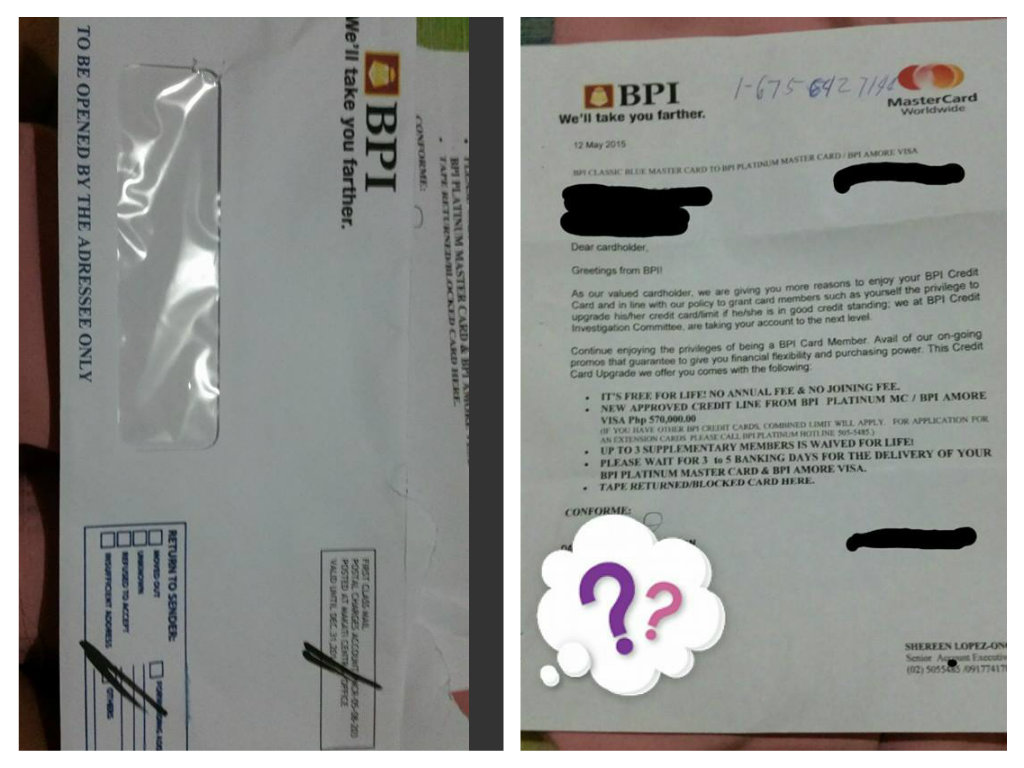 As of press time, the management of BPI has not issued a statement regarding this issue. 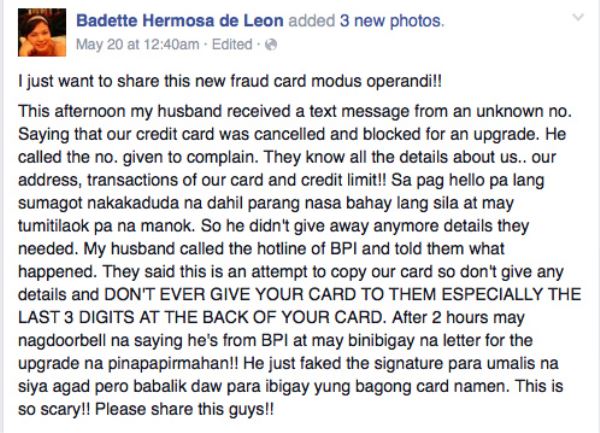 The Advantages of Using Credit Card

Credit cards are widely used by many shoppers particularly those who need emergency cash. It also provides convenience for online shoppers as they only need to input details of their credit card rather than going to a bank to make payment.

Here are the other advantages of using credit cards , according to 360 degrees of Financial Literacy.