He’s 72 years old but Tatay Louisito Nicolas Tuzon still works as a taxi driver until his children forced him to stop. Despite them being poor and needing the extra cash he earns from driving his dilapidated cab, it really is no longer safe for him to be driving in the busy streets at his age.

As he tried to pick up his last ever passenger, he was largely snubbed by the commuters waiting for cabs at the taxi stand – not only because his cab looks like it might stop in the middle of the trip but because he was visibly old.

But a young lady got in; though at first it was because she was a bit distracted and did not immediately notice that he was old and that his cab was rickety. 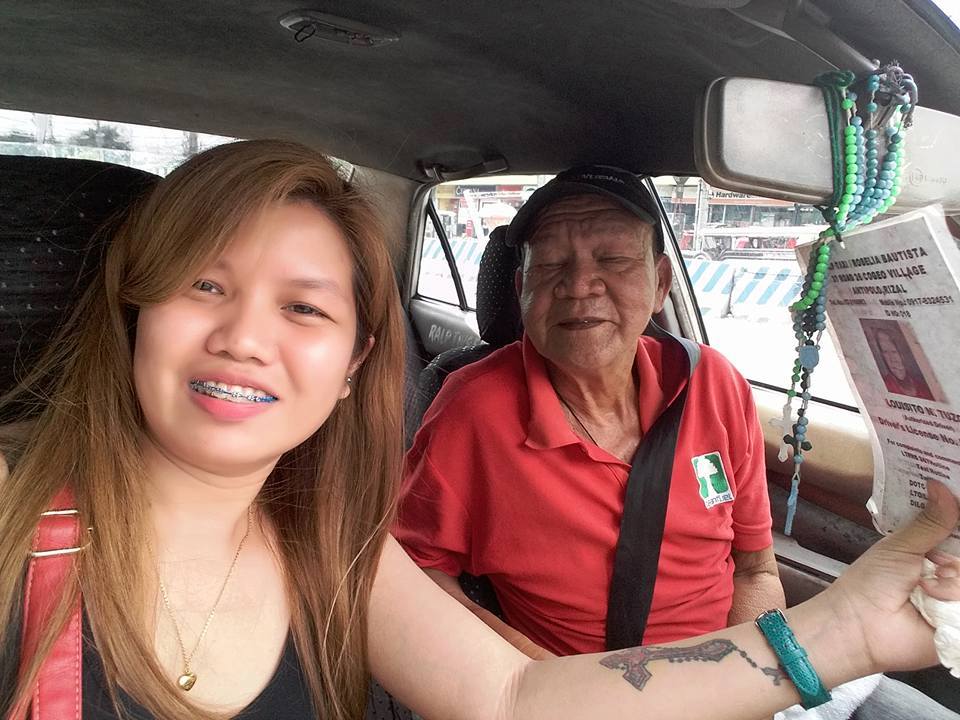 Tatay Louisito got a little chatty with her and would later reveal that it was his last trip and that he has a daughter who is in the mental hospital but though she may already get out, the family does not have the money to pay Php2,000 for her release.

He also told his young passenger things like this daughter had been around her age when she stopped school to have a family.

As they reached her destination, she gave the old man more than the amount on the meter and also told him to eat as he still hasn’t eaten when it was already so late in the evening.

She went back to the cab when she notice it heading to the shoulder to park but discovered that the old man was alright – he was just going to enjoy his dinner.

Afterwards, she took a photo with him and shared it on social media. After it was picked up by Facebook pages such as Trending News Portal, a lot of people offered to help the old man and his family, offering to pay for the amount needed to get his daughter out of the mental hospital! There were also many who offered to help his family with some basic needs.

It really was a good thing that his last passenger posted his story on social media because, finally, he’s going to get the help he deserves…