A netizen who spotted a heartwarming scene featuring an old couple at the mall has snapped photos of the two and shared these on social media where these quickly went viral.

In the post, JJ Villanueva narrated how he was touched by the sweetness of this old couple, saying that he was moved to tears by what he had witnessed. He thinks the scene was the true definition of true love.

According to him, he saw the old man helping his wife while also holding a chair; this chair is probably used by the old lady to sit if she gets tired walking in the busy mall. After all, you can’t find a lot of seats readily available in malls. 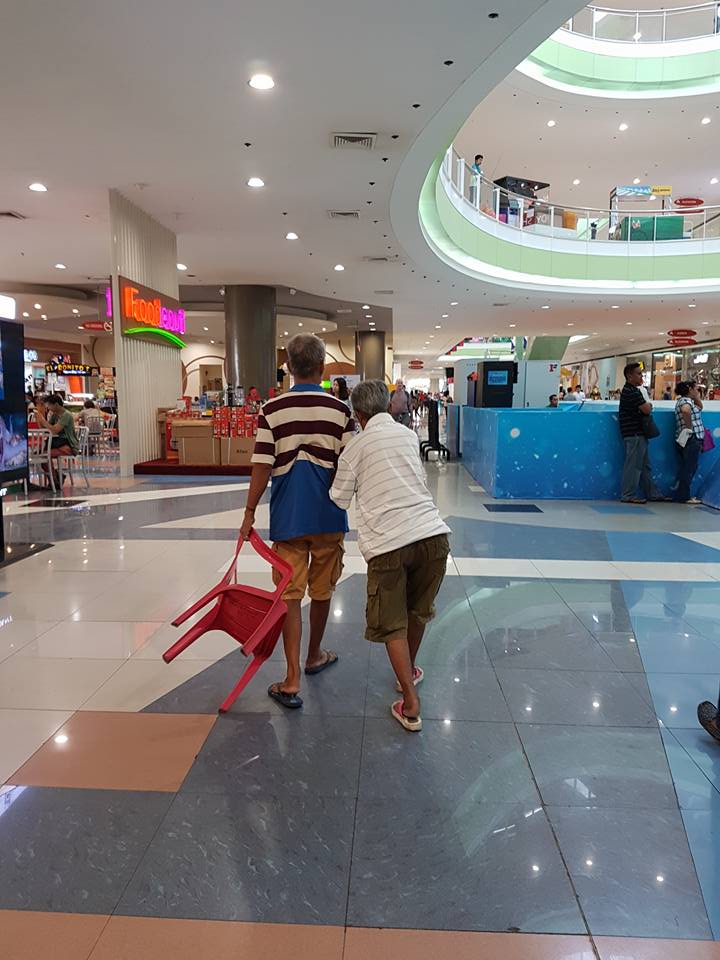 While they are both old, it is easy to see that they love each other so much. The old man cares for her well-being while the old lady clings tight to him for support. She has a difficult time walking but the old man patiently waits for her, timing his steps so they could walk together.

It really was a sweet thing to watch – and Villanueva mused how they seemed to be walking together as one. Having lived together for decades, they have become so attuned with each other!

The moment turned Villanueva into a poet, sharing sweet lines from love songs as he watched the two getting lost in their moment. Indeed, it was just another ordinary day for the two but it touched the hearts of many people. 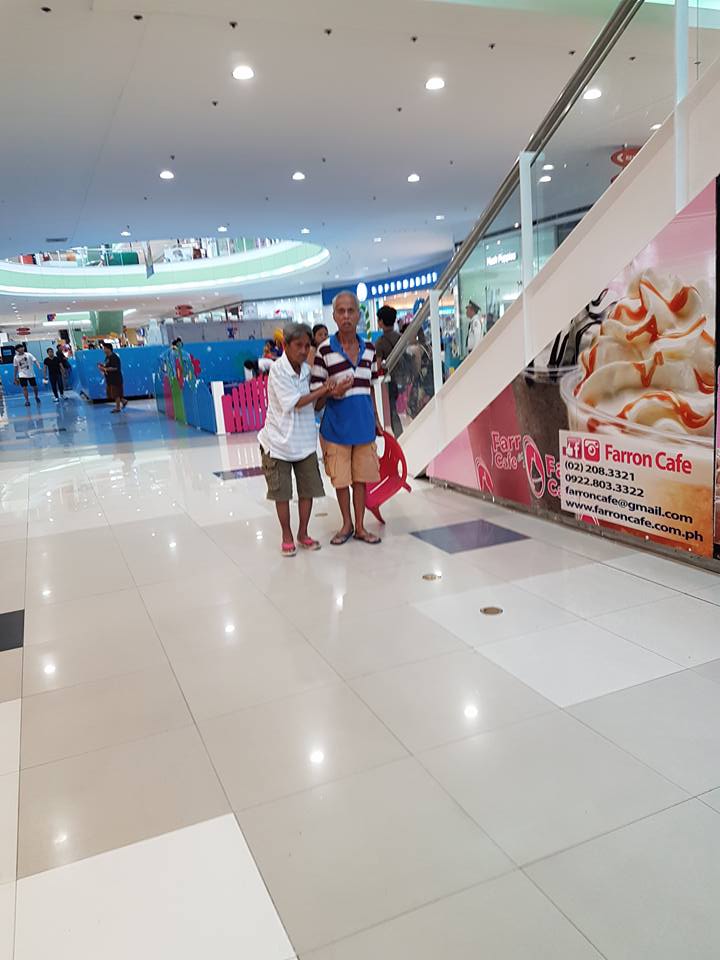 He would later urge other netizens to express their love to their significant others as they dream of their future together, growing old with each other.

Several netizens who commented on the post said that they have also seen this couple many times at SM Dasmariñas.