The granddaughter of an old lady murdered in Tangub City, Misamis Occidental in southern Philippines is seeking justice for her death, especially because the still unknown assailants had stripped her grandma of her clothes.

It is still unknown whether the old lady was raped but her clothes were missing, her granddaughter Yagenlira Villagracia revealed on social media.

The cops are stumped over the motive for the crime, especially because there are no witnesses to the crime and the house does not have CCTV cameras. 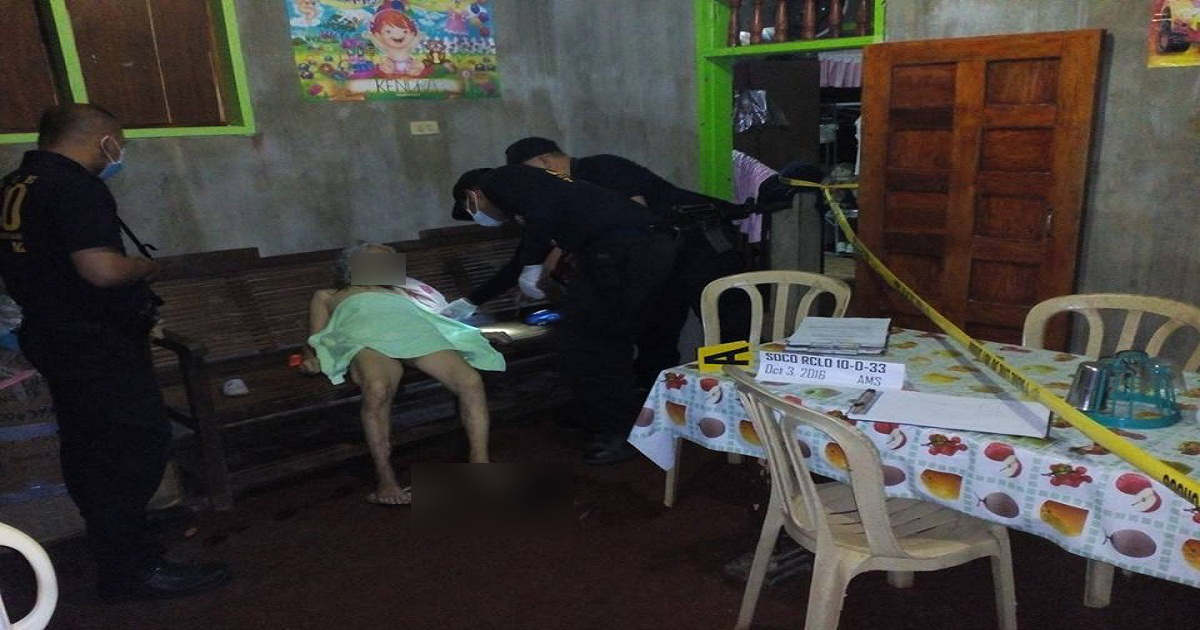 In photos Villagracia posted on Facebook, a towel could be seen draped over her grandmother’s otherwise naked body. Blood had pooled at her feet but it would seem that she was not killed on that spot as Villagracia also posted a photo of blood found in the comfort room.

It seems even possible that the old lady tried to move to the long chair after she was stabbed in the bathroom or that the crooks had moved her there.

Villagracia did not mention whether the criminals had also stolen from her grandmother’s house but she seeks justice for the crime, writing that she hopes the criminals will never find peace since they had no conscience at all in killing an old, defenseless lady.

Several netizens expressed their condolences on Villagracia’s post and hoped that the cops will find the suspects fast so that justice can be served for the old lady. Many netizens also expressed belief that the criminals were drug addicts as they were certainly not in their right minds to have killed this old lady and even strip her naked.

As of press time, Villagracia has not posted an update on the case; it is highly likely that the cops have not solved the crime yet.

While CCTV cameras can be expensive and quite possibly ‘useless’ for most homes, their importance are highlighted in cases like Villagracia’s grandmother where the cops have no lead regarding the crime because there were no suspects. It would have been easier to solve the case if they had, at least, a CCTV footage.