MANILA, Philippines- Presidential candidate and Liberal party standard bearer Manuel “Mar” Roxas II has received various criticisms in almost all aspects of his professional as well as personal life. Some of his critics have even resorted to using his wife, veteran journalist Korina Sanchez, against his presidential candidacy.

Despite not being a fan of Sanchez, netizen Lisa Araneta has come to the broadcaster’s defense through a post she shared on Facebook. According to Araneta, some people are using Sanchez as a reason not to vote for the former DILG secretary. 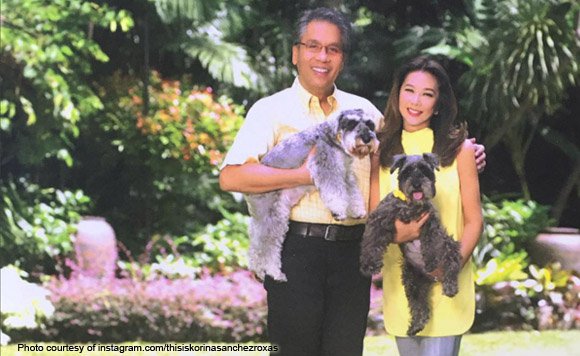 “Which brings me to the way Korina Sanchez has been turned into an issue against Mar Roxas. ‘Mar is okay,’ people say, ‘but I do not like his wife.’ My retort always is, ‘So you prefer Elenita Binay?’ Then they laugh and say, ‘No.’ Sometimes I add, ‘Which of Duterte’s mistresses do you want in Malacanan?’ or ‘Would you rather the American, Mr. Llamanzares, the one who says he will become Filipino only if his wife wins, be the First Gentleman?’,” Araneta wrote.

In her post, Araneta urged Roxas campaigners not to be overwhelmed by rivals since Sanchez is popular among the CDEFG crowd. According to Araneta, only the AB group are irked by Sanchez.

Towards the end of her post, Araneta emphasized that it would be fair to compare Sanchez with the spouses/partners of other presidential aspirants.

“She is “running” against Elenita, Duterte’s mistresses, Llamanzares, and compared to them she is far more acceptable to people like me,” Araneta noted.

ON KORINA SANCHEZ. I am very “permissive” or “supportive” when it comes to whom one chooses to love and/or marry. I…

Who is Korina Sanchez?

In 2013, Sanchez earned the ire of netizens after criticizing CNN news anchor Anderson Cooper in her defunct radio show “Rated Korina”. According to Sanchez, Cooper  does not know what he’s talking about after the latter blasted the supertyphoon Yolanda rescue and relief operations headed by the then DILG chief Roxas.