Pres. Rodrigo Duterte is known for using swear words – and he even cursed while talking about the Pope, leading many people to blast him for his uncouth behavior that they believe is not fitting for a president but it seems that many of his followers are following suit.

In a viral Facebook post, one netizen seemingly ‘cursed’ the president but that was only at the intro to his post because what actually followed was praise but just written in a way that was laced with sarcasm. 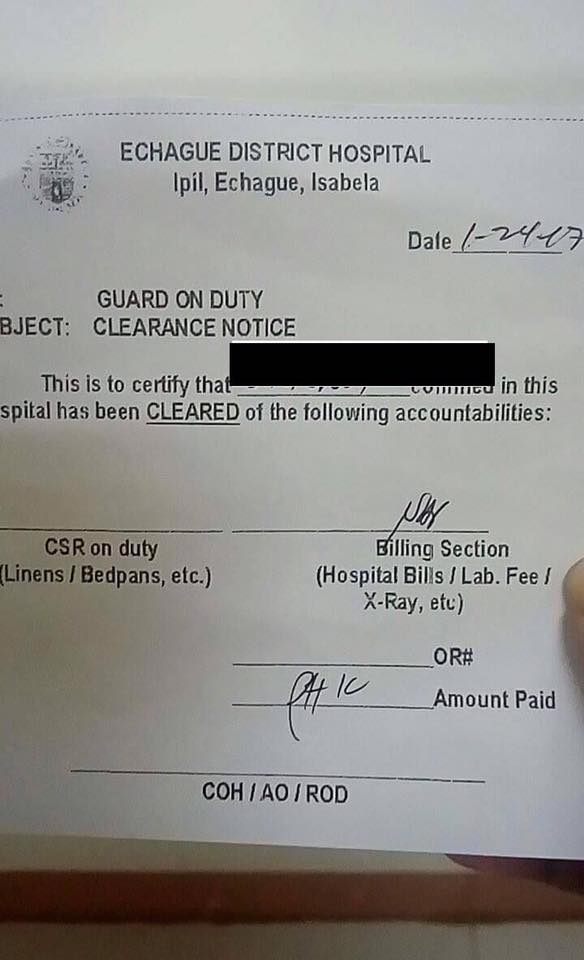 [Su later clarified that the bill was not his father’s but the photo came from an OFW who sent it via private message to Sass Rogando Sasot.]

According to Su, the sender was glad that the hospital covered his/her father’s confinement which had actually lasted two weeks! Even the medicines were free of charge.

The sender also revealed that they had initially planned on going home even if their father was not yet well because they were afraid they might have to pay a huge sum for the confinement – and the OFW feared that he/she had to take a loan from the boss yet the bill came back as zero.

So, the sender ‘cursed’ at Duterte, not directly at him but in hopes that he had become president a long time ago as that might have saved the sender’s mother who died at the hospital because they did not have money to pay the bills and buy medicines.

While the sender credited Duterte for the zero balance on the hospital bill, the program has actually been implemented long before he became president.

According to Philhealth Circular No. 0003 series of 2014, the Philippine Health Insurance Corporation (PHIC) which is better known Philhealth had already implemented the “No Balance Billing Policy” and that the circular aims to strengthen the implementation of the said policy.