Someone bought his favorite fried chicken and mashed potatoes from a popular fastfood outlet but ended up complaining about the order when the pieces that he got were too small.

Ernie Mah purchased the food from a popular fastfood chain at Hillion Mall in Singapore. According to Ernie, he always patronizes this food outlet, but was surprised at the very small pieces of fried chicken he received.

He ordered two pieces of fried chicken and mashed potatoes for S$7.95 (US$5.83). But when his meal arrived, he was rather surprised at how small the pieces were, considering the price that he paid for the items.

So, Ernie went back to the counter and talked to the service crew, a certain Kevin T, to have the drumstick changed to a bigger piece. He was rather surprised when the service crew replied that this was not possible at all. 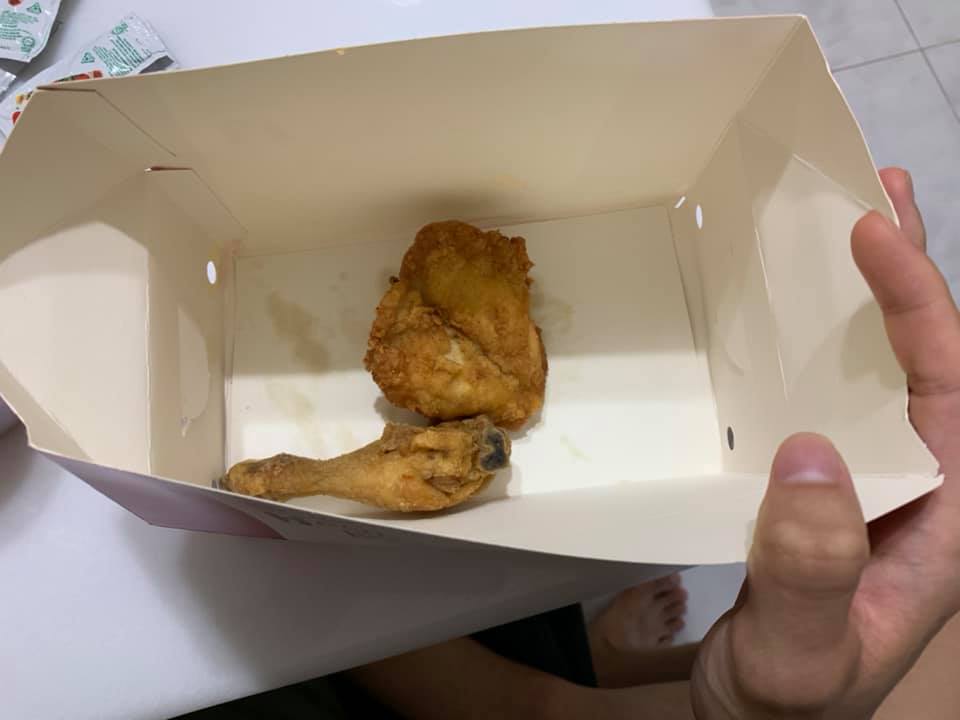 The staff rejected him and explained that they could only change an order to “1 big and 1 small”. So, he really was supposed to receive that small piece of chicken. Needless to say, Ernie was very disappointed with the service crew’s response, but he could not do anything about it.

What’s worse, though, he realized later on that his takeout order did not include a spoon for his mashed potatoes. Tsk. Tsk. Small food portions, bad service? Tsk. Tsk.

Angry over what he experienced, Ernie posted a photo of his order on the fastfood brand’s Facebook page as well as on his own social media account. This went viral, with many people commenting that it was unfair for the company to sell customers small pieces at the same price as regular ones.

What is a Fastfood?

Just like what its name implies, a fastfood is a restaurant that offers ready-to-eat meals for people on the go. More often than not, the outlet offers fried food such as fried chicken and other easy-to-prepare items like burgers and French fries.

Fastfood outlets are very popular among customers because of the quick yet delicious meals they offer.