When Justin and Kortney Miller decided to give their son a sibling, they had some inkling that he’d get more than one because multiple births ran in both their families – but they did not expect that they would get quadruplets!

What is even more interesting about this conception is that not only were the quadruplets conceived naturally without any aid of fertility treatments, they were also ‘quad quads’ which meant that there were four separate babies with individual sacs and placentas.

This meant that Kortney had produced four eggs which were all fertilized by Justin’s sperms. This also meant they were all fraternal. The chance of this happening at all was 1 in 700,000.

Considering that multiple pregnancies are often delivered prematurely and could lead to complications, the hospital staff at Piedmont Newnan Hospital where the Millers went for check-up did weekly meetings to prepare for the quadruplets. 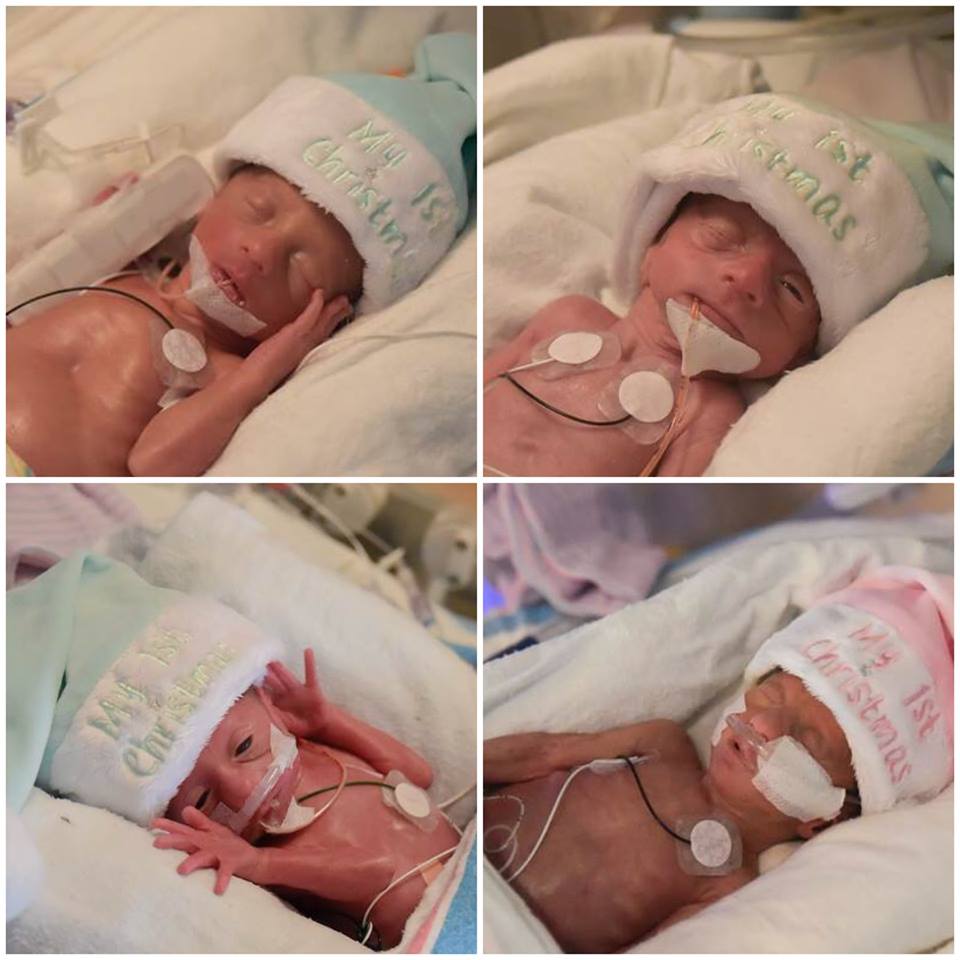 “Once we recognized it was a pregnancy that was meant to be, there was a lot of preparation to do. Any time we anticipate a pre-term delivery, there is a lot of coordination across the labor and delivery unit as well as the hospital to lay the groundwork so everything can be as smooth as possible,” said Heather Turner, Kortney’s doctor.

When Kortney went to the hospital for her 29th week check-up on Friday just before Christmas, Dr. Turner discovered that she was already 3-cm dilated. It seems that the quadruplets couldn’t wait for their due date because they want to celebrate Christmas!

Justin was at work when he received news that Kortney was ready to give birth. He rushed to the hospital to support his wife. Kortney was immediately scheduled for C-section.

The babies were all placed in NICU but although they weigh just around 3lbs each, they are now doing quite well and out of their breathing tubes. They are also breastfeeding! It is expected that the babies will all be in good health and out of NICU soon.

What a beautiful Christmas miracle…