While cleaning a comfort room inside Terminal 1 of the Ninoy Aquino International Airport (NAIA) in the Philippines, 31-year-old janitor Bobby Duarte found a bag which contained a lot of money and some IDs.

Instead of taking some of the cash or even keeping the bag for himself, the honest worker swiftly looked for the owner, 71-year old balikbayan Reynaldo Domingo Bautista, through the airport’s public address (PA) system but no one went to the desk to claim the bag.

It turned out that Bautista had forgotten about the bag and had already gone home! 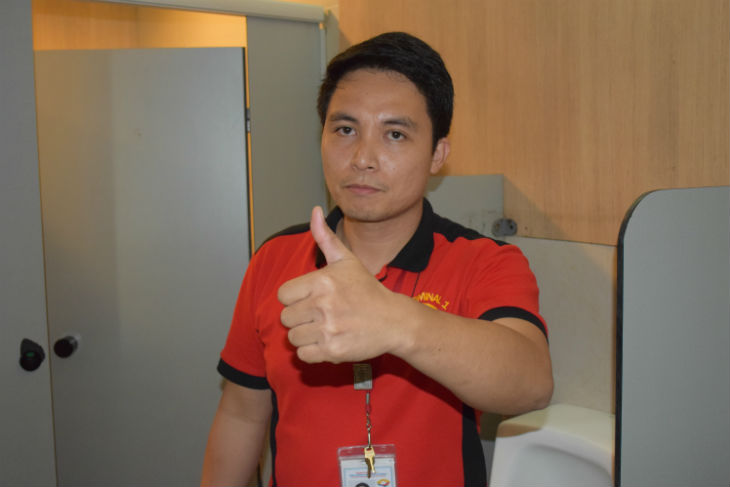 Bautista, who arrived in the country on Thursday morning, February 4, 2016, from San Francisco on board Philippine Airlines flight PR105, sheepishly admitted that he had accidentally left the bag while using the comfort room inside the airport. He had no idea the bag was lost until he received the call from the airport police!

For his exemplary honesty, Duarte’s superior, NAIA Terminal 1 manager Dante Basanta is recommending him to the MIAA (Manila International Airport Authority) Praise Board.

It is unknown whether Duarte will receive monetary reward for his actions but the airport janitor was not looking for any monetary compensation when he returned the bag, saying that the money (which is well over his annual salary!) was not rightfully his and that God provides him with everything that he needs.

While many people such as Duarte would not hesitate to return things they found, even if that thing does not have obvious marks of ownership, there are those who believe that such things are the finders’ to keep.

The English adage “finders keepers” simply means that anyone who finds an item has all the right to claim it as his/hers. In fact, this has awesome rewards to some extent; such as US laws (the Homestead Act) allowing anyone to claim land that is not originally owned by someone else.