It comes as no surprise that a 22-year-old Canadian travel vlogger has named one Philippine beach as the best in the world. However, this travel vlogger’s choice is perhaps not popular among Filipinos. 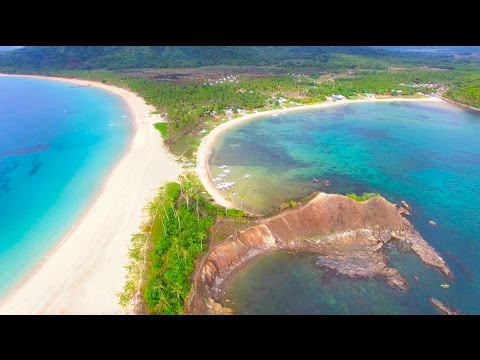 Nacpan beach, located in El Nido in Palawan, may not ring a bell but for Christian LeBlanc, this beach is his “100% favorite beach in the world”. Impressed with its pristine sand and clear water, Le Blanc and his girlfriend Laura recently visited it for the second time.

Unlike other famous beaches in the Philippines, Nacpan, which is located 25 kilometres north of El Nido town, remains untouched and unexploited by humans. However, LeBlanc believes that the beautiful beach may soon experience development. For now, tourists get to enjoy the majestic beach sans the crowd.

According to LeBlanc, they decided to return to El Nido, an island he described as “the most beautiful place in the world”, even after experiencing horrible accommodation last year.

In order to share his experience  in the Philippine beach with his followers, LeBlanc posted a vlog titled “The Most Beautiful  Beach” on his YouTube channel. The 13-minute video features captivating drone footage of the paradise.

“Looking for the most beautiful beach in the world? Nacpan beach in Palawan Philippines easily takes the cake. We visited it the year before and we were excited to see very little had changed,” LeBlanc wrote in the caption of the video.

As of this writing, the video has amassed over 20,000 views.

El Nido, Palawan: One of the Philippines’ best island destinations

Described by CNNGo, CNN’s travel news website, as one of the Philippines’ best beaches, El Nido in Palawan is known for its “extraordinary natural splendour and ecosystems”. The island has about 50 white sand beaches, three major marine habitats, five types of forest and many different species of birds.

With a total area of 903.21 sq. km, it is the largest marine reserve and sanctuary in the country.