A video of vehicles which levitated on a highway in China went viral on social media.

A van was merely driving up slowly right before a pedestrian crossing until its back end mysteriously floated in the air. A nearby car on the other side of the road and another mini-van also levitated and crashed into the van before falling back to the ground. It was like a mysterious invisible force lifted these vehicles up and immediately dropped them to the ground. 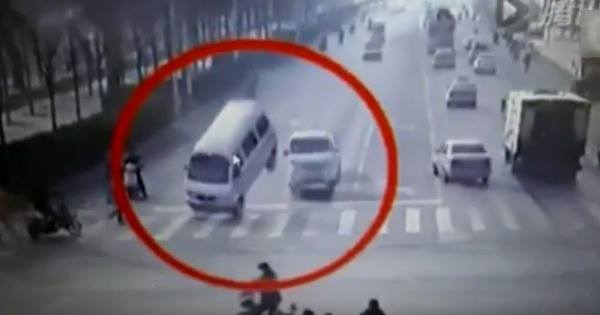 The public has been baffled by the incident, blaming the incident to aliens, the Illuminati and even the smog in China. The incident is still under investigation as to what may have caused the vehicles float on the road. There are no reports yet if there were any people injured. 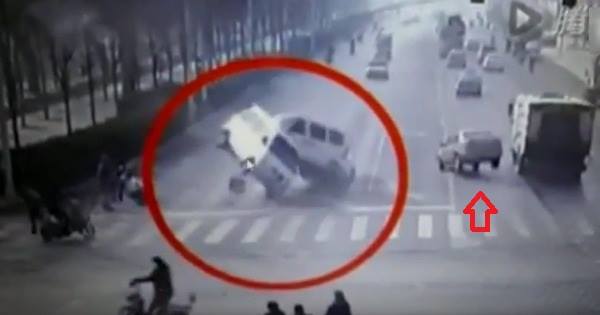 UPDATE: A lot of netizens commented on the video with possible explanations, including crazy jokes like aliens must have something to do with the levitation and temporary loss of gravity of the three vehicles but a report on the Daily Mail UK revealed that Chinese media released the reason behind the mysterious levitation.

It turns out that fallen steel cable was dragged by the brush of a street sweeper (vehicle on the right side of the video). The other vehicles were snagged by the cable, resulting to the temporary “levitation”.

Magnetic levitation cars may now possible in the future

While the real cause of the levitating vehicles in China is still yet to be confirmed, the possibility of floating cars in the future is not impossible.

The truth is, magnetic levitation (also known as maglev) is already used as a public transportation in Japan with their “maglev” trains.

Maglev is the method where a vehicle is suspended in the air with the use of magnetic force to counter the gravitational force that pulls a vehicle to the ground.

As for cars, although news of the levitating car by Volkswagen was proven to be a hoax, the magnetic levitation car has already been patented by Jose L. Guardo, Jr. in 2006 under Mag Lev Vision Corporation of the Philippines.

So, who knows in the future? Levitating cars may just become a common sight!