A seemingly fatal accident was caught on a dashboard camera by a vehicle on the Marcos Highway flyover in Baguio City, Philippines.

In the video shared by Roman Nuki Santos (he did not take the video), the vehicle with the dashcam was plying a curved portion of the highway which was marked by two solid lines at the middle which means that this was a no-overtaking portion of the road.

Several vehicles could be seen far ahead of the car.

Within 7 seconds of the video, a motorcycle could be seen running at top speed on the other lane (this is a two-way street). At that same instance, the driver of a Mitsubishi Adventure behind the car with the dashcam decided to overtake. 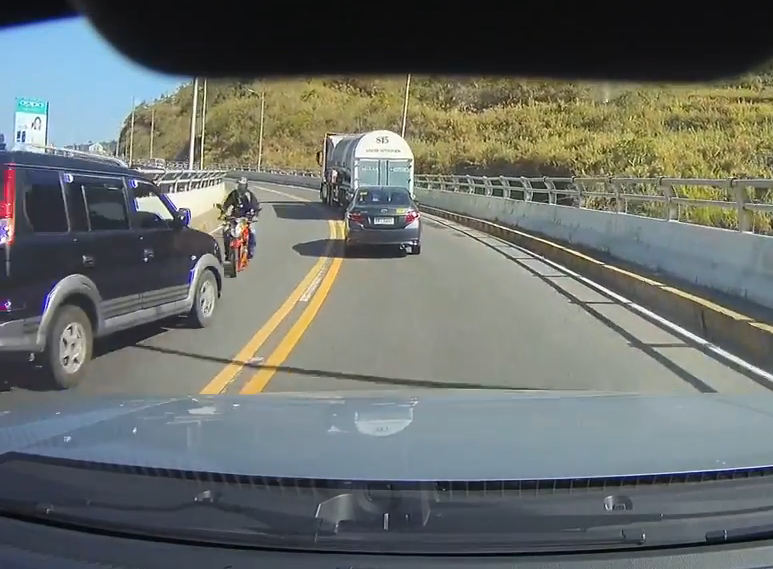 A head-on collision between the motorcycle and the MPV was inevitable – and it happened a second later! In the clip, the motorcyclist could be seen going on top of the MPV and falling to the road in supine position. Throughout the duration of the clip, the victim appeared immobile, leading to earlier conclusions that he must have died.

Thankfully, an update to the video indicated that the victim was alive but was suffering from an open arm fracture, reports FHM.

As of press time, the names of everyone involved in the accident have not yet been released to the press.

Here’s the video of the incident: