There is a big difference between punishment and child abuse. Parents can and should discipline their children. Parents should teach their children about the rules, expectations, values, and morals. Kids need to be given consistent discipline to be taught the right from wrong and what they can and cannot do.

The goal of discipline is to create a stable, orderly, predictable, and fun world for them to enjoy and grow healthily. Positive discipline helps them to learn and change their behavior. However, some parents may go beyond the border, changing discipline to abuse. Child abuse can result when discipline or attempts to control a child turns excessive and injures the child.

Abused By Her Preschool Teacher

A heartbroken mother took to Facebook to share how her 3-year-old daughter was abused by her teacher. The kindergarten teacher abused the toddler so much that her ear was severely bruised.

When the father picked up the 3-year-old child from her preschool, he sensed that something is not right with the girl’s mood. So he parked the car and turned around, only to see something unusual and unexpected on her ear.

When they reached home, my hubby asked me to check what had happened to her ear and to my horror, her ear was badly bruised to such an extent that it was swelling badly. My heart bled and when I asked my daughter about what had happened, she lost control and just broke down in tears and cried. 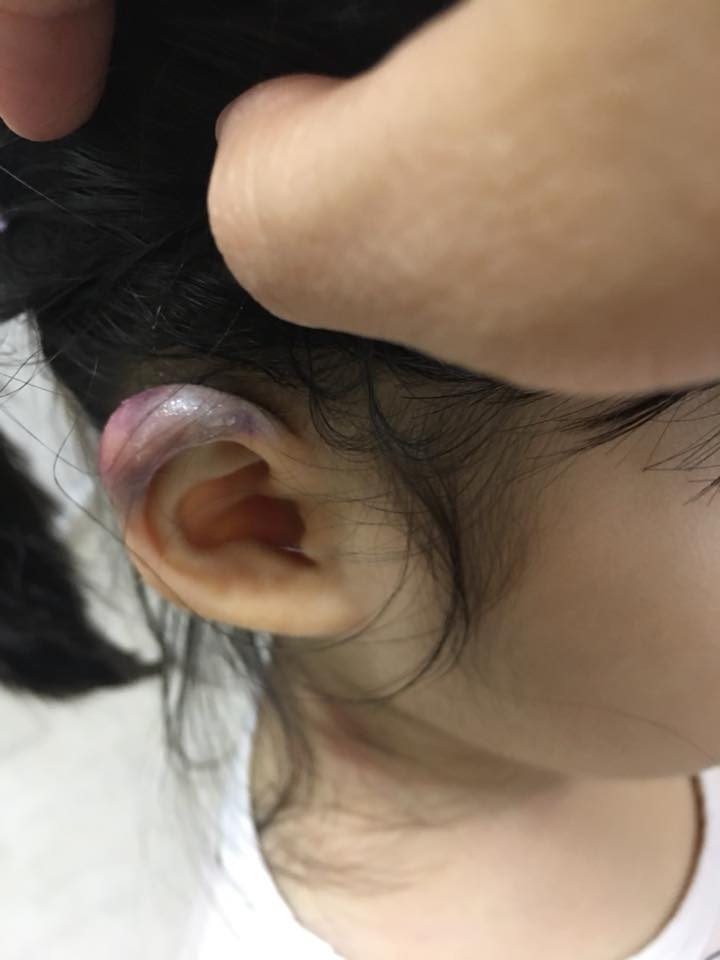 The parents were surprised to see the injury. [Image Credit: Claudia Kwan / Facebook]

No Explanation From the School

Although Claudia immediately called the school and demanded for an explanation, none of the teachers came up with an explanation.

The form teacher said that it was a mystery.

The parents sent their daughter for an examination and the doctor was shocked to see the injury.

He diagnosed it as a form of traumatic bruising that was caused by the exertion of great intentional force, and not a result of insect bites or drug allergies. 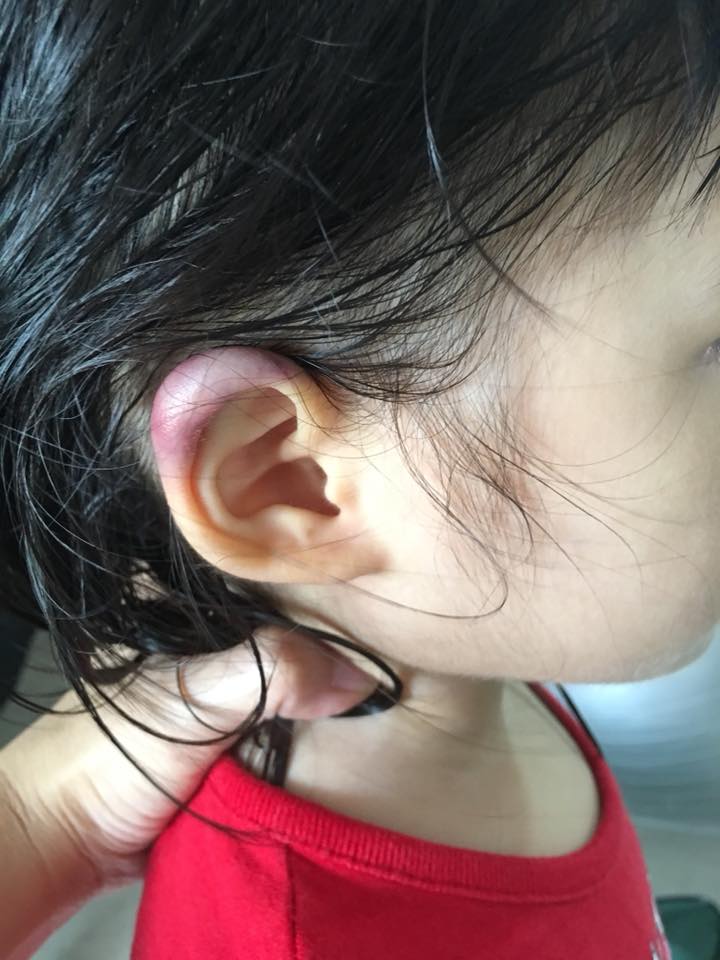 They immediately take the child to the hospital for checking. [Image Credit: Claudia Kwan / Facebook]

The mother lodged a police report. The child was only able to give her statement after calming down. The 3-year-old revealed the exact teacher who pinched and twisted her ear. Claudia also sent her daughter to KK Women’s and Children’s Hospital for another diagnosis. Upon further check-up, the hospital classified it as “non-accidental injury” and most probably inflicted by the preschool teacher.

Claudia immediately went back to the preschool for assistance, but she was surprised to hear the response of the supervisor.

He (supervisor) fully believes and trusts that none of his teachers would abuse a child to such an extent. 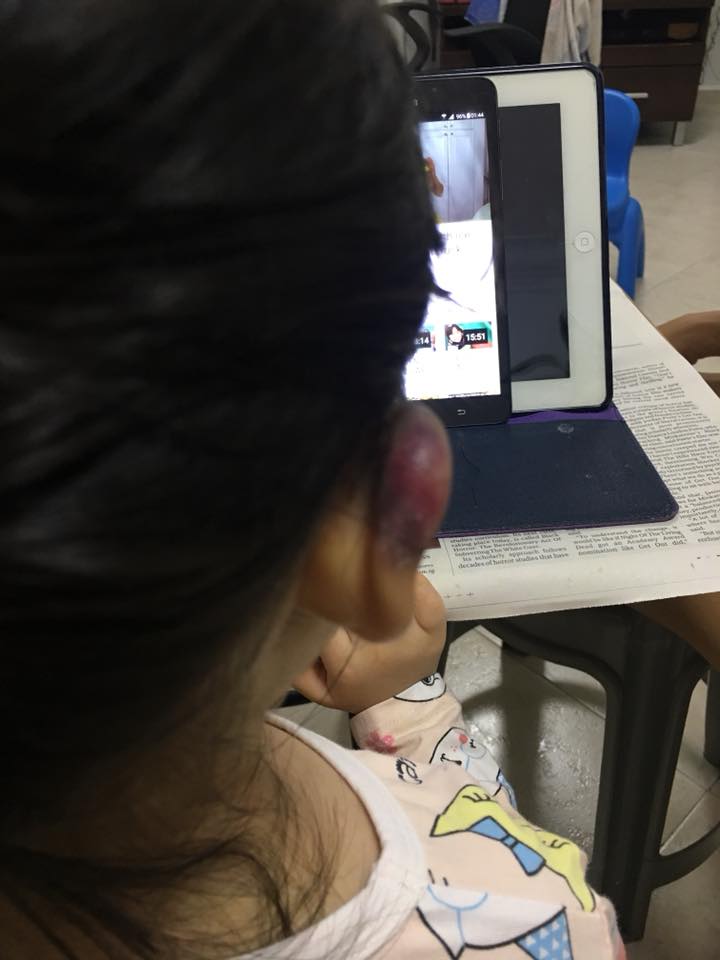 The incident left a big impact on her daughter. Every night, the girl would suddenly wake up from her nightmares, crying “I’m scared, I’m sorry, please, stop, pain!” while shouting the teacher’s name.

Back home, when I was reading story books to her, she would suddenly say that her teacher is ‘the evil wolf’ in the story of the Three Little Pigs and that she was the ‘wicked queen’ in Snow White, or that her soft toys would help protect her from her evil teacher. Even when she heard minor renovation noise from my neighbour’s flat, she would say that it was the sound of her teacher coming to pull her ear once again and she would break into tears!

However, the mother is exasperated as it looks like the investigation is processing slowly. The preschool is shunning away all the responsibilities. She was also denied access to all the CCTV footages.

Claudia is closed to breaking down as she’s coping with her husband’s acute stroke and seeking justice for her daughter. Upon talking to the preschool, they said that they already conducted their own investigation based on the CCTV footages and denied that the 3-year-old girl suffered from bruises on their premises.