A lot of people who do not have kids have this notion that parenting ends at bedtime when the light are turned off but the opposite is true. In fact, most parents will tell you that bedtime is really just an arbitrary time and that a lot of parents are in for a rough night, especially when the kids are younger.

But one mom decided to document how her night goes by taping a camera to the ceiling. Take note that if you’re also doing the same thing, be careful of the wires connected to the camera as that could be dangerous, especially for restless kids.

Anyway, Melanie Durnell taped a camera to the ceiling of her bedroom, creating a time-lapse video that has since gone viral on Instagram. 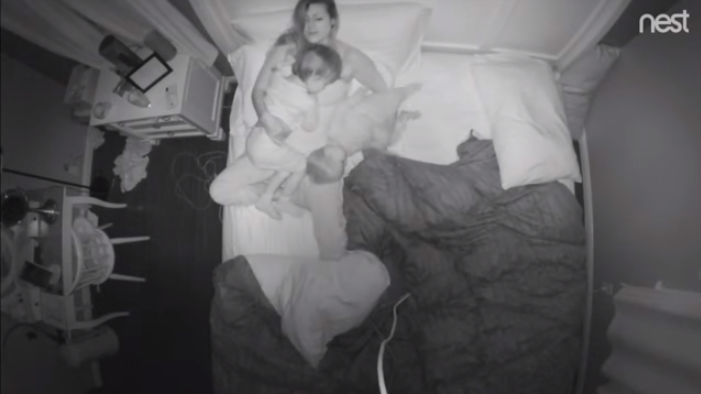 In the clip, Melanie could be seen sleeping by herself at 10 PM; her husband was traveling for work and her three kids were sleeping in their respective bedrooms. Do you think she will be able to sleep through the night?

Well, if you’re a parent, you already know the answer: no!

At around 11:20 PM, Melanie brought in her 10-month son Milo to the room for breastfeeding. After some time, the restless kid was back to sleep but at 1 AM, she was woken up by 2-year-old daughter who was suffering from ear infection.

After some cuddling, the older child agreed to be returned to her own bed. But if you think Melanie had the rest of the night in peaceful sleeping, you’re wrong because the 10-month-old boy on the bed moved around so much that he kept hitting his mother with is legs or arms. 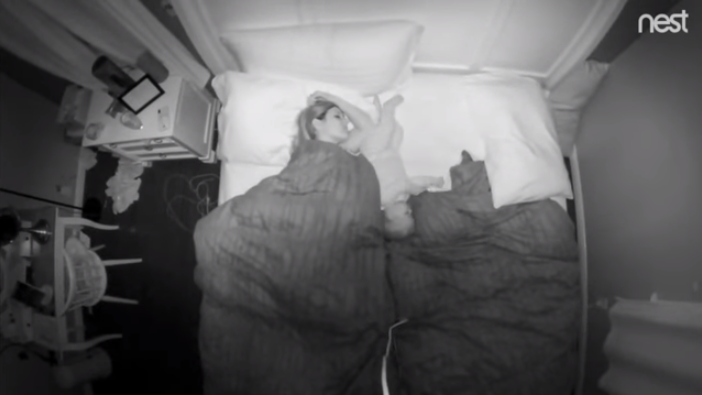 Melanie was surely not sleeping deeply as well, knowing that the kid might fall off the bed at any time. By morning, she got a wake up from her son.

She would have wanted to sleep in but she knows the kids need her; thus, she gets up. But she’s not complaining.

So, to all of the tired mothers out there, breathe in and breathe out. These days are intense but short lived. Both you and baby will be sleeping more soundly before long. For now, cuddle your babies, nurse them and love them no matter what time the clock says.

The baby you rock tonight someday may have the opportunity to be gazing at the stars while holding a sweet baby of her own. She will be thinking of, and appreciating, you ❤️.