Everyone knows that mothers would do everything and anything to ensure their kids’ survival but there are a lot of exceptions to this rule, such as the ones who give away their children – or is it because the mother thought things would be better off for their kids were with someone who could better provide for their needs?

Such is the question in the mind of 28-year-old Japanese-Filipino artist Yuki whose number left her with a taxi driver back when she was still 6 years old. 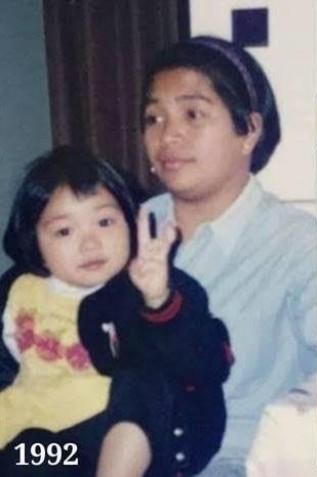 It was back in 1996 when Yuki’s mother, Debbie Lopez Garcia, left her with taxi driver Mang Ramon in exchange for 2 months’ worth of fare so she could find her family. Debbie was an entertainer in Japan who was deported along with her children to the Philippines.

Mang Ramon was the taxi driver they met at the airport who would ferry them around as they searched for family but weeks passed and they found none. Debbie would leave her youngest daughter, Chimmy, with the DSWD and Yuki has no idea what happened to her little sister since then.

Later on, when Debbie could no longer pay Mang Ramon, she bartered her eldest daughter with the driver and even drew up a contract that she would return to pay him Php20,000 equivalent to 2 months’ worth of fare but she never came back.

Yuki has no idea as well what happened to Shoe, the middle kid.

As the years passed, Yuki rebelled against Mang Ramon and would run away to live with friends; although the taxi driver had been kind and was actually quite proud of his ‘alagang Hapon’, referring to Yuki. 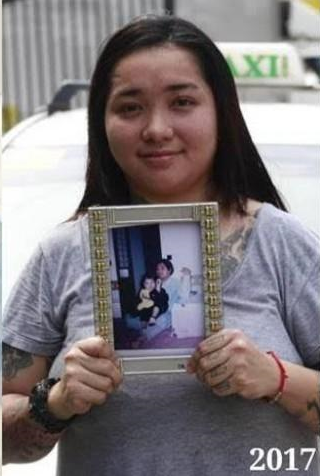 When she had three kids of her own, Yuki finally got the idea of trying to find her mom after her child asked where her mom is. She asked help from Kapuso Mo, Jessica Soho (KMJS) whose writers were able to connect her with her Lola Rosita and Tita Minica, the one who cared for her when she was little before her mom took her to Japan after being petitioned by her Japanese dad.

Yuki was shocked to learn that her mom’s name wasn’t actually Debbie but Rowena. She also learned that the last time the family had seen her mom Rowena was when the latter had taken her from Minica to bring her to Japan.

The family, Yuki especially, remains hopeful they could find Debbie/Rowena not just to answer the many questions she wanted to ask but also to finally get the chance to bond with her long lost mother…