Home
Lifestyle
Mom Finds ‘Drugs’ in Daughter’s Drawer… But They Turn into the Cutest Dinosaurs!

It started rather innocently with a text message from 16-year-old Ashley Banks, requesting her mom to put her calculator in the family’s mailbox for her friend to borrow. Ashley was not sure where she had placed the calculator but told her mom to look for it in her nightstand drawer or inside the game room.

While mom was searching for the calculator, she chanced upon a sealed plastic bag with colorful capsules – and her imagination went overdrive (we can’t fault her, of course). 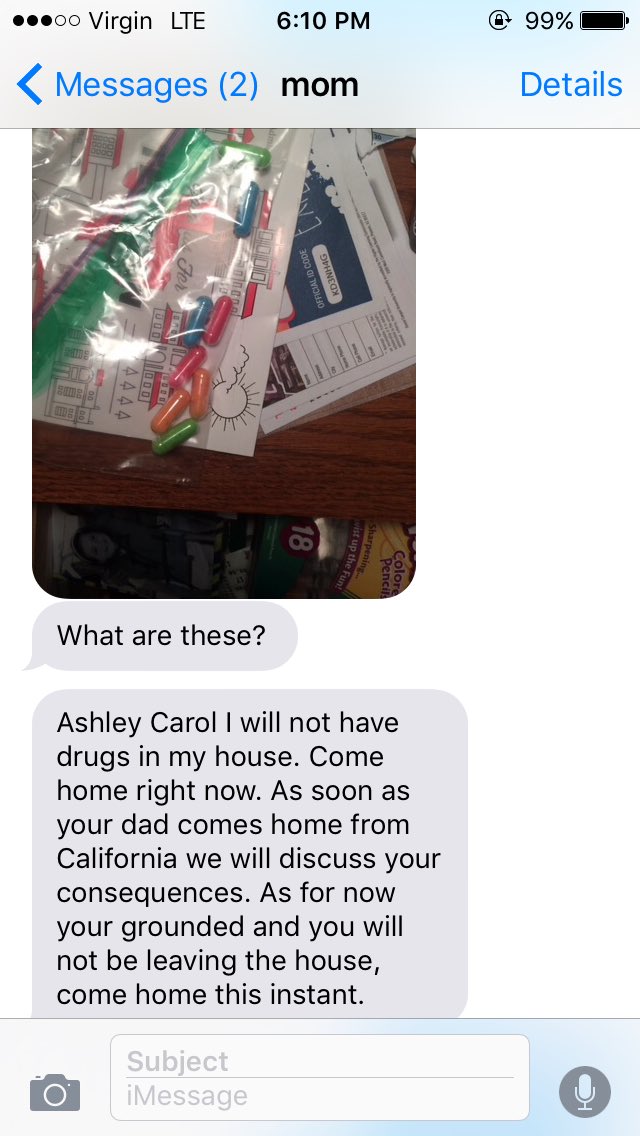 Angered over what she believes are drugs inside her daughter’s drawer, mom did not just take a picture and send them to the teen asking her about the items, the furious mother also declared, “Ashley Carol, I will not have drugs in my house. Come home right now. As soon as your dad comes home from California we will discuss your consequences. As for now, [you’re] grounded and you will not be leaving this house. Come home this instant.”

Any teen would have been either furious/defiant or fearful after receiving such a threatening message but Ashley kept her cool.

She laughed back at her mom (a lot of parents would have exploded at this point) and calmly told her the colorful capsules weren’t really drugs. Then, she told her mom to place the things in water.

Now, if I were this teen’s mom, I wouldn’t place the drugs in water as that might destroy the evidence (LOL) but, thankfully, this mom did just what her daughter had told her to do.

She took the ‘drugs’ from the plastic bag and dumped them in a glass of water. A few minutes later, the cutest dinosaurs appeared inside the glass! 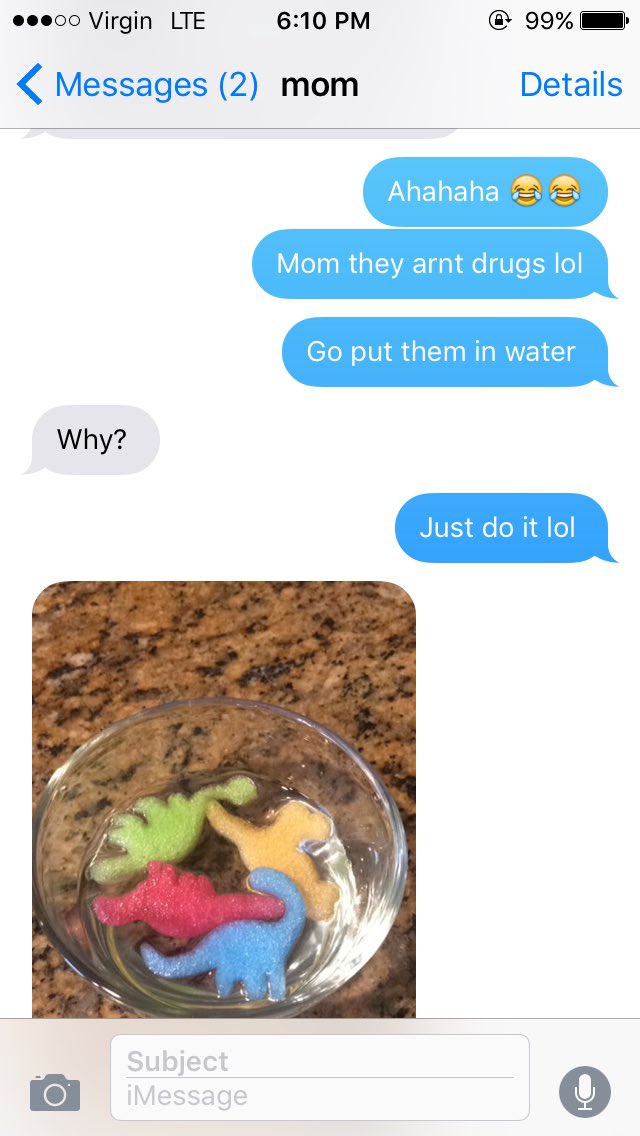 Realizing that she made a crash judgment on her daughter, she posted back a photo of the dinosaurs and texted her, “Never mind. You don’t have to come home.”

But she wasn’t finished yet – she was, after all, wound up from thinking her daughter had drugs in her drawer. So, she texted the teen, “Why in the Earth would you buy these? I thought you were 16 not 7?”

Yeah! We agree with mom – why did Ashley buy these suspicious-looking but innocent toys, anyway?

“Idk [I don’t know]. They looked cool,” was all she could say in defense.

Thankfully, mom could now breathe a huge sigh of relief…