Not everyone believes that humans can live with wild animals, particularly apex predators like big cats. Yet one man was able to do that – and he even enjoys playing and cuddling his big cats and other wild animal pets like a modern-day Tarzan!

In a viral post on Facebook page Sonia Queen, one guy could be seen having a lot of fun with wild animals – and these wild creatures actually appear to love him so much! 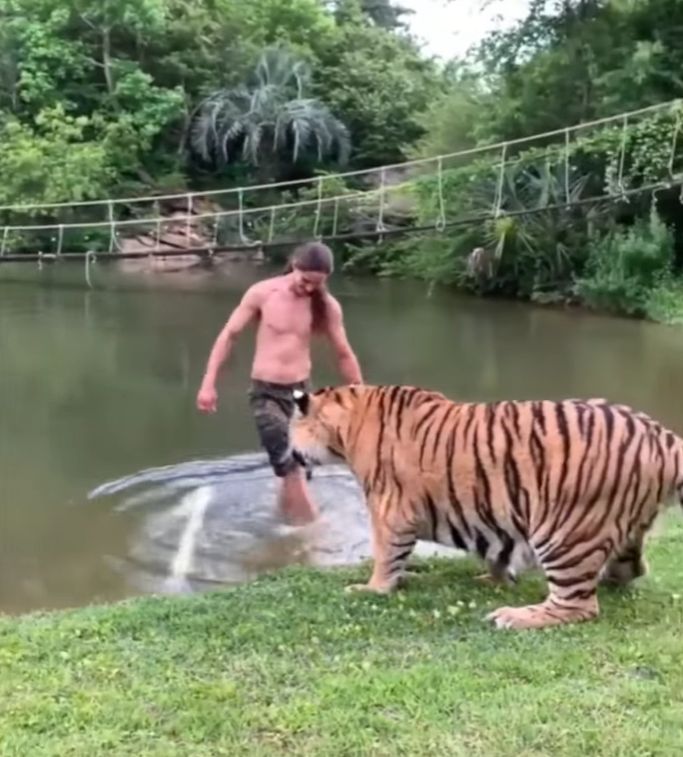 The video started with the guy letting out the big cats from a massive enclosure into the yard to have fun. It doesn’t state who this guy is or where this place might be, but it’s clear that the animals are taken care of and are eating well.

In fact, some netizens think that these big cats are eating too much and enjoying a sedentary lifestyle because they do look much fatter than what we could always see on National Geographic or the Discovery Channel. 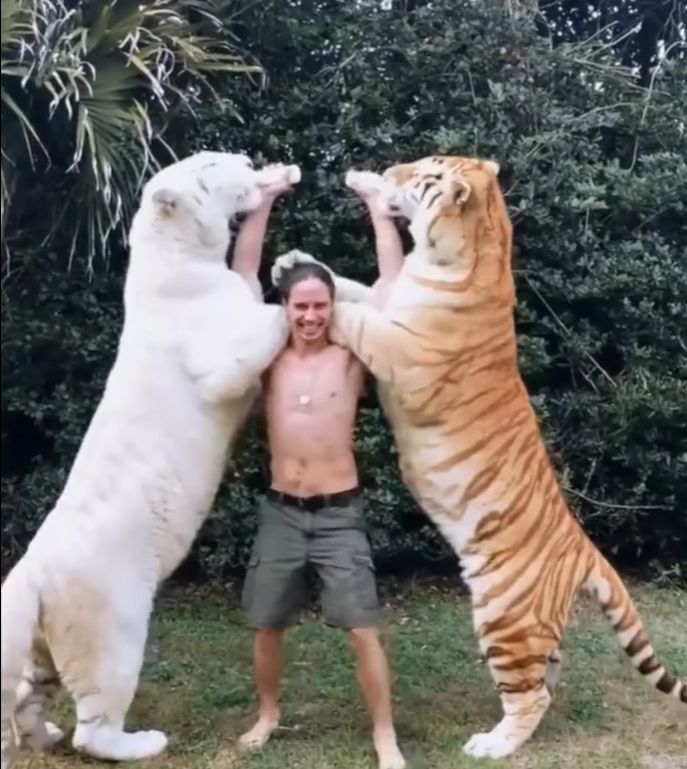 In the video, the guy could be seen walking with several big cats, playing with them, cuddling with some, posing for pictures, and even kayaking with one!

What’s really impressive is that this guy looks so fearless as he spends time with these big cats, feeding them using his hands – without fear that they would just grab the food and his entire arms! He could even give them a feeding bottle and they would just follow the bottle without trying to gobble his hand. Isn’t that cool? 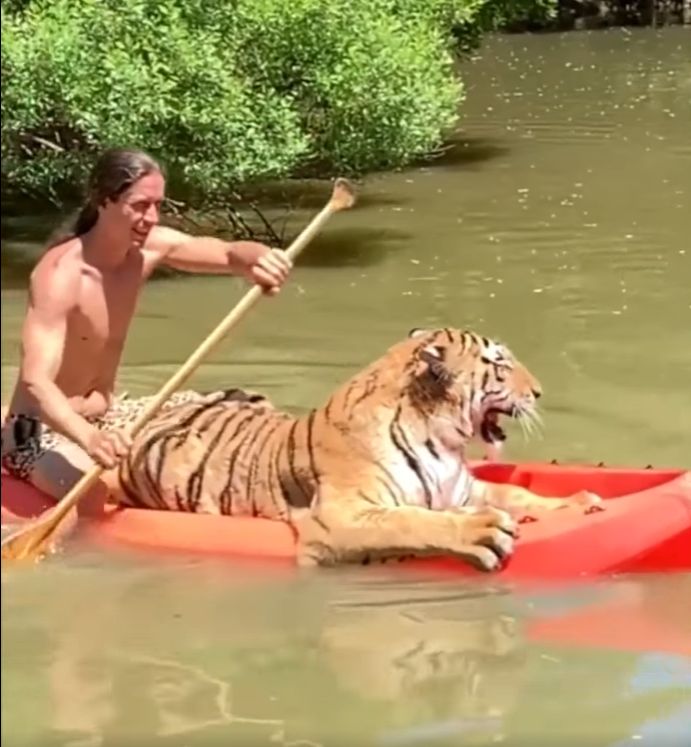 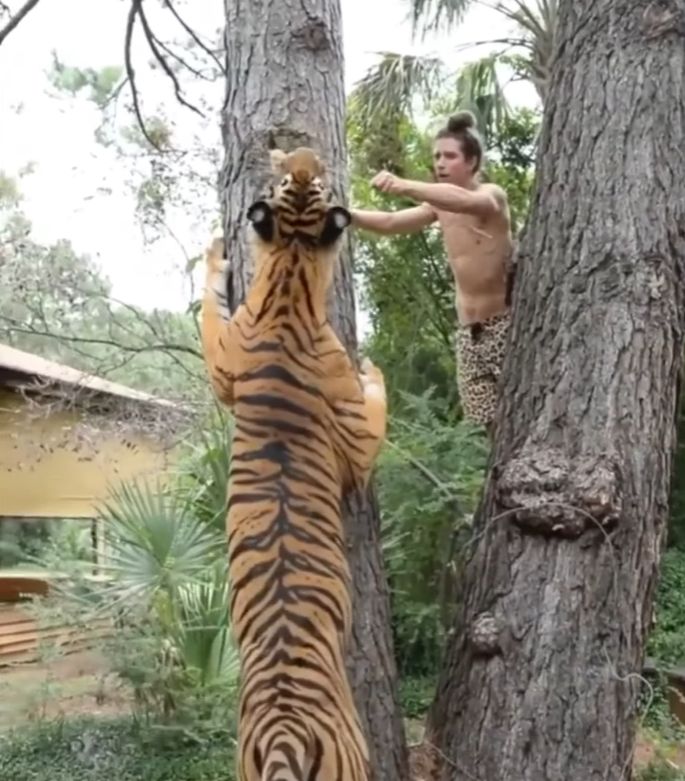 Aside from the big cats, he also has several monkeys that he plays with. They also have fun with him, helps him wash his hair, and even assists when he’s doing exercises.

What are Apex Predators?

Also known as top predators or alpha predators, these animals are at the top of the food chain and have no known natural predators. There are several apex predators, including: