A Swedish model who recently underwent an extensive surgery to have 6 of her ribs removed was warned by doctors that her corset must be worn at all times to keep her organs in place.

Pixee Fox, the 25-year-old woman who considers herself as a body modification artist, went under the knife to achieve a 14-inch waist so she could look like Jessica Rabbit. Fox reportedly spent £80,000 for the surgery. 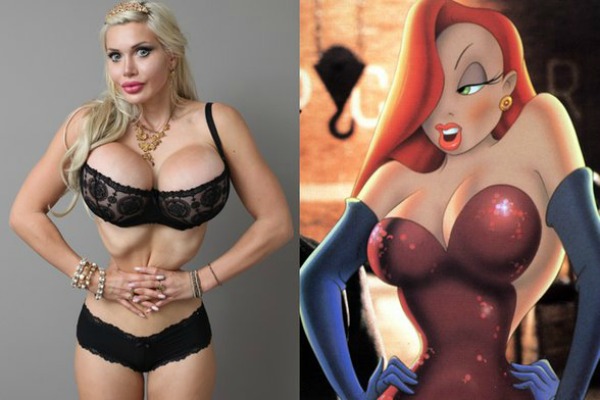 However, a health expert has warned her about the possible life-threatening complications of her surgery.

During an interview for a Romanian TV program, Fox said: “It’s recommended to have something to compress your body to keep everything in place after the surgery and also to provide some protection.”

“This corset was custom-made for me to fulfil that requirement,” she added.

Still, the health expert in the program revealed that wearing the corset too much may also cause complications.

“If a person wears it 24 hours a day, then their liver, kidneys and everything else are not going to be in their proper place,” the health expert warned.

Who is Jessica Rabbit?

A fictional character in the 1988 film “Who Frames Roger Rabbit?”, Jessica Rabbit is recognized as one the most popular sex symbols in animation.

Best known for the quote, “I’m not bad. I’m just drawn that way”, Jessica plays the role of a sultry yet moral cartoon singer at The Ink and Paint Club in Los Angeles.

Rabbit is one of the several suspects in the framing of her husband, Roger Rabbit, a famous cartoon star.