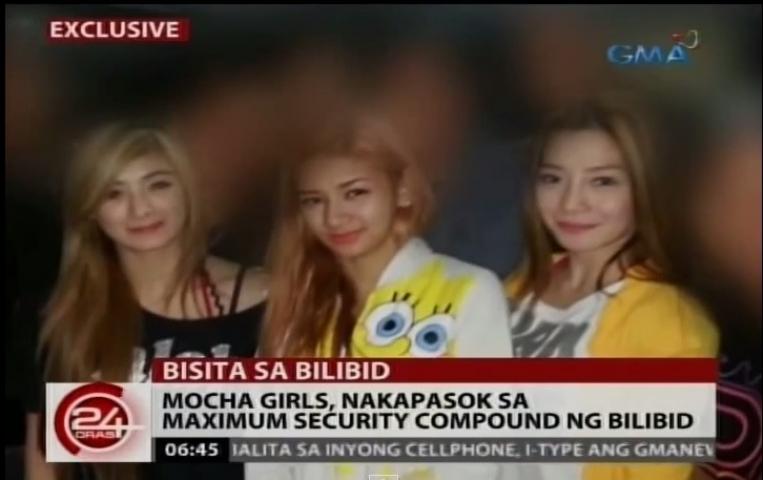 Aguilar and the all-girl group Mocha Girls are known supporters of President Rodrigo Duterte, while Cuneta is the wife of Senator Francis “Kiko” Pangilinan, a political party-mate of Senator Leila De Lima. Quinto, on the other hand, endorsed Liberal Party standard bearer Mar Roxas in the previous national elections.

Magleo, who is one the 6 witnesses presented by the Department of Justice on illegal drug trade probe before the House Panel, said he was the “confidante” of Jaybee Sebastian, another high profile inmate inside the Maximum Security Compound.

According to Magleo, illegal drugs inside the prison were not that rampant before Sen. Leila De Lima, who is accused of receiving drug protection money, became the Secretary of Justice.

In a sworn affidavit before the house committee on justice, convicted kidnapper Herbert Colangco said he was giving Senator Leila De Lima P3 million and former Bureau of Corrections chief Franklin Jesus Bucayu P1.2 monthly from the illicit drug trade inside the prison during the previous administration.

Colangco, who used the name “Herbert Colanggo” in the affidavit, said they were encourage to push drugs inside the prison for the “plan of De Lima.” A certain Joenel Sanchez instructed Colangco to push at least 5 kilos of shabu every two weeks or 10 kilos of shabu monthly.

But on December 15, 2014, Colangco, along with other high profile inmates excluding Sebastian, were transferred to the National Bureau of Investigations following a raid on the Maximum Security Prison led by De Lima.