Even though she did not win the crown as Miss Universe, Miss Bulgaria is making waves in the Philippines and has become a new crowd favorite when she announced that she would give away the gown she wore for the pageant to a lucky Filipina who couldn’t afford to buy a gown for her prom next month.

Miss Bulgaria Violina Ancheva did not indicate the mechanics of the contest but simply told netizens to send her a private message. With the post going viral within minutes after it was posted, we are quite sure she received a ton of PMs!

See – Miss Bulgaria Plans to Give Gown to a Lucky Pinay

Before leaving the Philippines on Tuesday night, Ancheva finally met with the contest winner: a single mom who wanted the gown for her daughter.

While it was revealed that Ancheva had a difficult time choosing the winner as she received PMs from all over the Philippines, even as far away as Davao City and other parts of Mindanao, she would post a message just two hours before her flight for people only from Manila to message her about the gown.

Soon after, the winner was revealed: single mom Issay Gallano who wanted the gown not for herself but for her daughter! She told Miss Bulgaria that she will give it to her daughter as a surprise gift – and promised to send her a video of the girl receiving the surprise since it was not possible for the younger Gallano lady to meet Ancheva as she was in school at the time.

Gallano would later post a photo of her daughter wearing the gown! 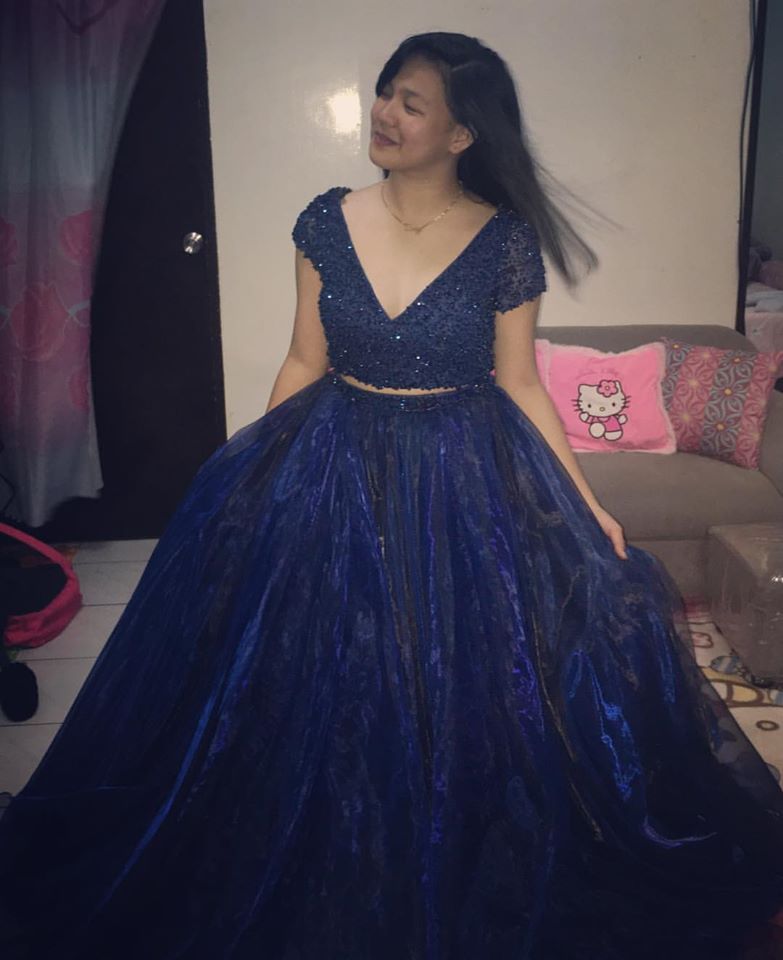 Some netizens couldn’t help but comment that Ancheva said she would give the gown to a girl who couldn’t afford to buy a prom dress but the Gallanos look like they are well off and could afford one!

Still, others reminded the bashers that Ancheva didn’t have a lot of time to sort through all the messages; besides, if she had given it to a ‘very poor’ girl, that girl would probably not be attending a formal event like a prom, anyway.