MANILA, Philippines- Bank deposit slips allegedly showing millions of pesos went to the bank accounts of the relatives of Ronnie Dayan, Sen. Leila De Lima’s former driver and apparent lover in 2014, were obtained by the Department of Justice (DOJ).

The money trail reportedly revealed that over P38 million in cash deposits were made to the bank accounts of Dayan’s daughter, Hannah Mae Dayan, and Dayan’s cousin, Marco Palisoc in several different instances in 2014, when De Lima was still serving as the secretary of Justice. 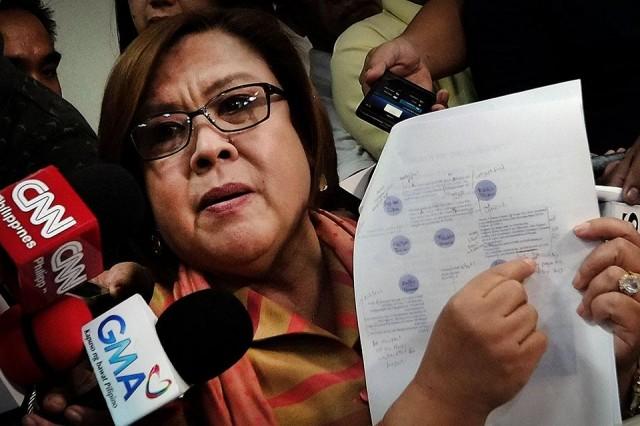 The Anti-Money Laundering Council (AMLC) has submitted a report to the DOJ last week, but Aguirre said the results could not be revealed due to the Bank Secrecy Law.

He added that there is no direct link between De Lima and drug money as the bank accounts involved are of her friends, employees and companions.

“But these people have no big sources of income to get millions in deposits, so what other conclusion could you get?” Aguirre said.

In a text message to GMA News, Aguirre said: “He (Sebastian) will testify for De Lima because he did not execute a sworn statement against her. He will be protecting his own skin.”

Sebastian is alleged of gathering millions in drug money to fund De Lima’s campaign for the 2016 elections. However, De Lima insisted that Sebastian was a government asset at the NBP.