A 21-year-old Singaporean swimmer worked his way until his idol Michael Phelps became his “rival”. Eight years after he was photographed with the swimming legend, Joseph Schooling beat Phelps in the 100m butterfly event at the 2016 Rio Olympics.

Indeed, Schooling’s surprise victory is a historic one as it is the first time for Singapore to take home gold in the Olympics. It also the first time in four Olympics that Phelps has lost a swimming event. 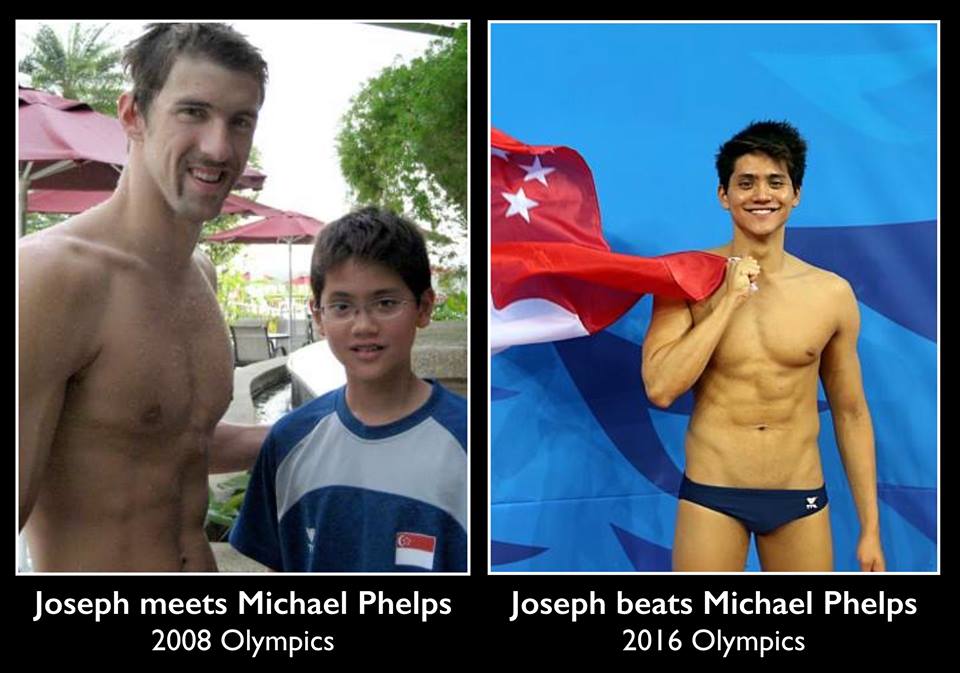 Setting an Olympic record with a time of 50.39 seconds, the young athlete beat Phelps by three-quarters of a second. Phelps was seen congratulating Schooling on his unexpected win.

Together with Chad de Clos from South Africa and Laszlo Cseh from Hungary, Phelps completed the race with a time of 51.14 second, earning a silver.  A holder of 22 gold medals, Phelps is recognized as the most decorated Olympian in history.

Teenage Schooling posed next to his hero, Phelps, during the 2008 Beijing Olympics. Shortly after, Phelps became a household name worldwide.

“A lot of this is because of Michael. He’s the reason I wanted to be a better swimmer,” Schooling said in an ESPN DOCUMENTARY in 2012.

Despite his loss, Phelps said he is happy to end his Olympic solo career by tying with two of his toughest rivals.

“A three-way tie is pretty wild. It’s faster than I went, I think, four years ago to win. Joe is tough,” Phelps said.

Who is Michael Phelps?

Holding the all-time records for Olympic gold medals, American competition swimmer Michael Phelps started swimming in 1992 at the age of 7 to channel his unbounded energy due to his condition, Attention Deficit Disorder.

He was chosen to be the flag bearer of the United States of America at the 2016 Summer Olympics Parade of Nations in Rio de Janeiro in Brazil.