The agency made the statement despite the World Health Organization’s warning that the use of marijuana is dangerous. 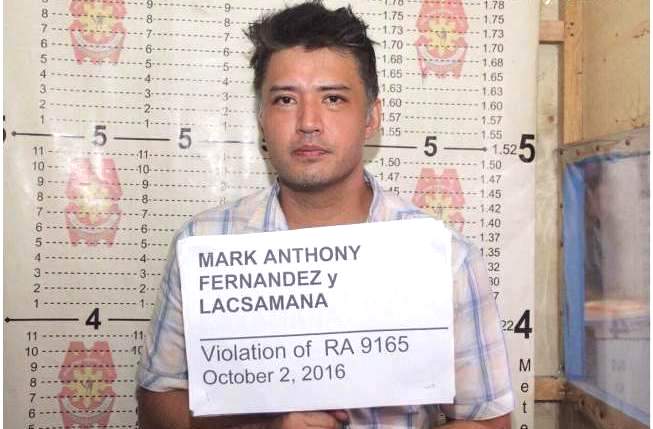 According to DDB Executive Director Benjamin Reyes, a proposal to legalize the regulated use of marijuana for medicinal purposes has been passed as a House Bill known as “Compassionate Use of Medical Cannabis Act”.

Reyes explained that under the proposal, patients are required to secure a permit from the Food and Drug Administration (FDA) and that a specialist will check and monitor the dosage they are asking for. The specialist is also tasked to orient and teach the patients how to use it.

However, he emphasized that further research must be conducted in order to establish marijuana’s medical benefits.

On Monday night, Fernandez was arrested after a kilo of marijuana was reportedly found inside his car. The actor also tested positive for the use of the said drug.

In a press conference held by the Pampanga police on Tuesday, October 4, Fernandez revealed that he was only taking marijuana to prevent cancer. Although he is not suffering from the disease, Fernandez stressed that his father, actor Rudy Fernandez, died of cancer.

(When I was 19, my mom and my doctor told me that we could use marijuana.)

Philippine National Police (PNP) Central Luzon Director Supt. Aaron Aquino then reminded Fernandez that his doctor may also face charges for illegal prescription since the use of marijuana is illegal.

In his interview last May, President Rodrigo Duterte said he will not oppose the legalization of marijuana for medical use since it is being used as an ingredient of modern medicine.

“There are medicines right now being developed or already in the market that (have) marijuana as a component used for medical purposes,” Duterte said.

Reyes of DDB clarified in a congressional hearing in 2014 that although there’s a component in cannabis that can be used medically, the plant has over 30,000 components that need to be controlled.

However, Duterte stressed that anyone caught using marijuana for recreational purposes will be arrested as it is among the prohibited substances under the Dangerous Drugs Act.