MANILA, Philippines- Netizen Ryan Madamba decided to share the story of a unique act of kindness he recently witnessed at a 7-11 store in Ortigas. Madamba apparently overheard the heartwarming conversation of a compassionate man with a beggar.

While it’s not surprising to see people giving or buying food for beggars, Madamba said the good samaritan went the extra mile by taking time to talk to the beggar while letting him choose food from the store. He even offered to pay for the additional food that the beggar could eat in the next few days. 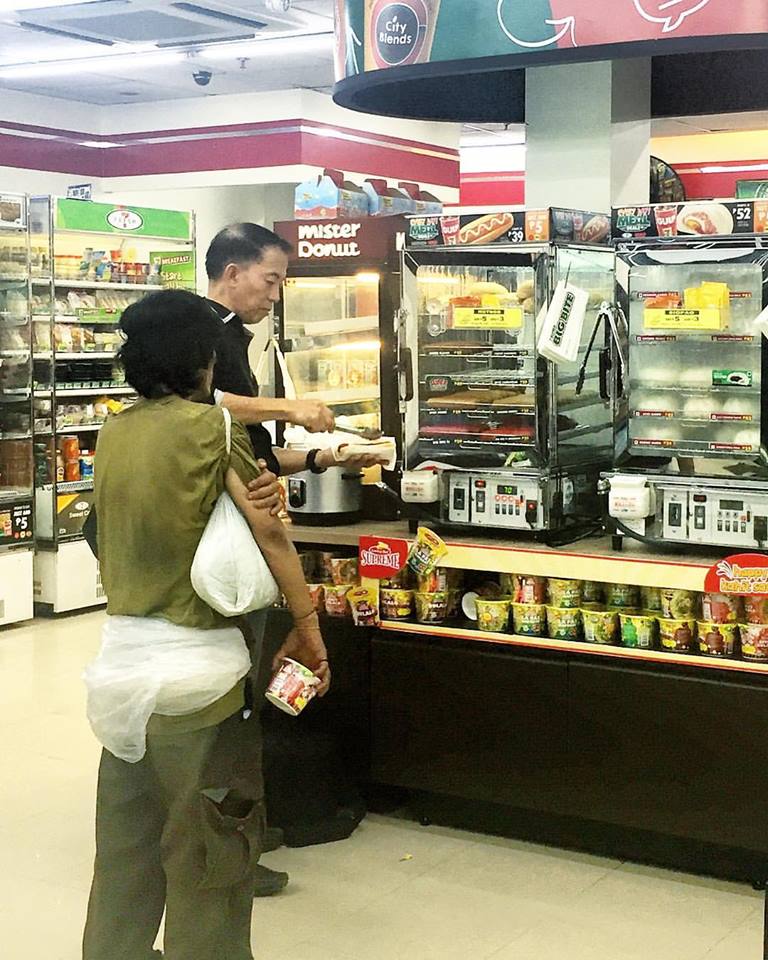 The good samaritan even uplifted the beggar’s spirit by telling him that his job as a trash collector is a decent one.

At one point, the good samaritan told the beggar that he isn’t rich but earned a commission that day so he shouldn’t be shy.

Madamba, who admitted ignoring beggars at times, said what he witnessed “opened his heart and eyes”. He wishes that such kindness would be paid forward if the beggar gets the opportunity to work.

“Praying that we will all have the heart to really help and show care just as we have been helped and cared for in the many different battles we have had,” Madamba said in his post. 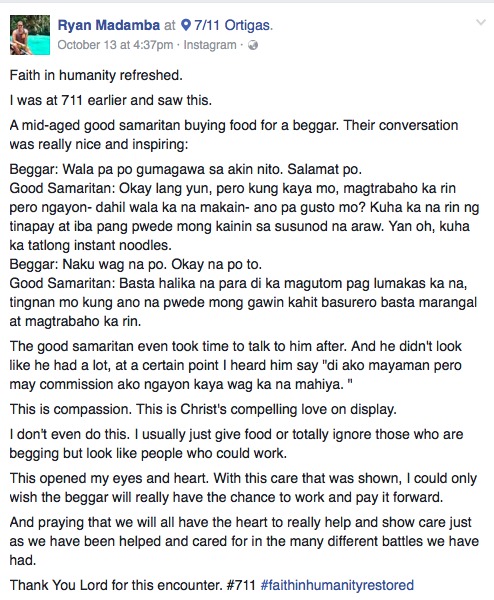 What does paying it forward mean?

Paying it forward is an expression used to describe the beneficiary of a good deed repaying it to a third person instead of paying it back to the original benefactor.