A man with no hands is earning praises online because he sells fishball to support his family. Despite the difficulties he experiences due to his lack of hands to properly handle the goods that he sells he did not give up.

A lot of people complain about their lives because it’s difficult to find a job these days, particularly due to the many restrictions caused by the COVID-19 pandemic.

But one man with no hands opened a fishball business to support his family, despite the difficulties he experiences with this kind of job. 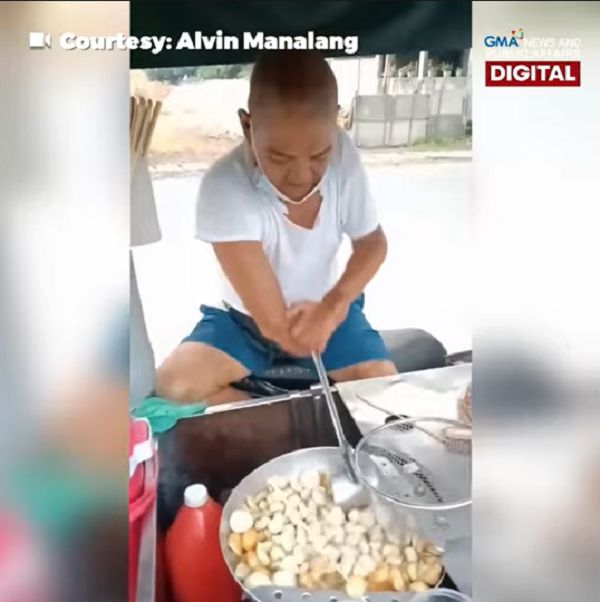 Noel Perez, best known as “Mang Weng” to his regular customers, recently went viral for being so hardworking despite not having hands. In a video shared by netizen Alvin Manalang, Mang Weng could be seen cooking his fishball goods.

Because his arms were short and he only had one hand that’s attached to the stump of the other arm which is also short, it was much harder for Mang Weng to prepare the fishballs. That meant leaning over the hot cooking pan.

Mang Weng lost his hands after getting electrocuted in an accident at the construction site where he was working back in 1983. 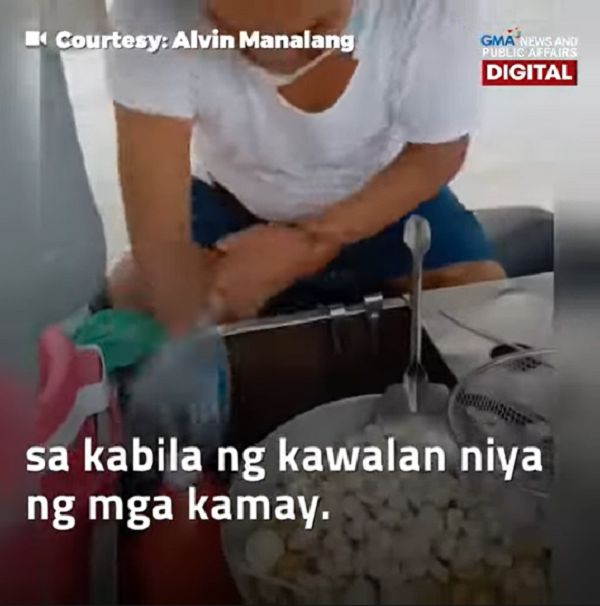 But this hardworking dad never gave up. He was able to send his two children to school. One is already working abroad but because the salary is small, Mang Weng continues to work so he could support his family.

His wife also needs medications because she’s sick, Mang Weng couldn’t rest. There’s no one else to support his family.

Because he continues working despite not having hands, Mang Weng earned praise from netizens who couldn’t help but compare him to the guys who steal from others to feed their families, even if they have complete limbs!

What is Fishball Made Of?

Fishball is made from ground or finely chopped fish, flour, flavoring or spices, and other ingredients.