A young Ukranian man’s absurd and life-changing decision has earned him the highly coveted gadget from Apple and probably unwanted attention from social media.

Olexander Turin, a 20-year-old man who badly needed an iPhone 7, legally changed his name after Apple’s flagship smartphone. Apparently, an electronics store in Ukraine dared to give the gadget for free to the first five customers who would change their names to that of the product. 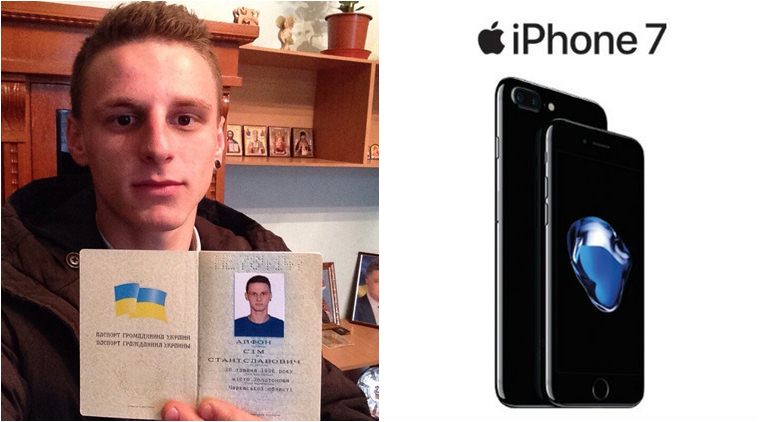 He is now known as “iPhone Sim (Seven)”.

Sim’s decision made perfect sense as the procedure to change his name only cost him $2, while a brand new iPhone 7 would cost him $850. That’s a lot of money saved!

Even if he had already secured the prize, Sim revealed that he is not in a hurry to change his name back again. He prefers to carry the absurd name until he starts having children.

Although initially shocked with his out-of-this-world decision, his friends and family members support Sim.

His sister Tetyana Panina told reporters: “It was difficult to accept that and hard to believe it’s true.

“Each person in this world is looking for a way to express himself. Why not to do that in this way?” she added.

Several iPhone 7 and iPhone 7 Plus users claimed that their gadget takes inferior quality images compared from the ones captured by iPhone 6 and 6s. According to users with affected handsets, the photos generally lack detail and sharpness and has a muted “watercolor” effect.

One user claimed to have solved the problem by turning off the “optimized storage” option in the smartphone’s camera setting. However, this didn’t seem to work for some users.

Meanwhile, several users believe that using a third party camera app or capturing photos in raw mode result to a much higher quality of images compared to the standard camera app.