Home
Lifestyle
Health
Man with Stinky Feet Goes to Fish Spa for a Date with GF, Ends Up Killing All the Fish

Being workaholic is a rather bad thing because that would take a huge toll on your body.

Spending hours getting stressed at work could lead to various health issues, including heart problems but one guy’s workaholic ways led to him getting stinky feet – and would bring him internet fame after he inadvertently killed all the fish at the fish spa he had gone to for a date! Ooooops.

A 35-year-old man only identified in reports as ‘Wong’ had been so engrossed with work that for 10 years, he has built quite a life for himself at his job in an IT company which he had entered right after graduation.

His parents were getting worried that he would never get married because he was too focused on his job but they would soon feel relieved when he finally got a girlfriend. It seems that he is already quite serious with his new girl since he introduced her to his parents.

Despite having a girlfriend already, Wong continued being a workaholic. He rarely takes out his girl for a date and was always busy at work. Sigh.

Thankfully, with some prodding from his parents, he finally took a short vacation to celebrate New Year’s Eve with his girlfriend. Happy that her boyfriend has finally come out of his shell and decided to take a breather, the girlfriend brought Wong for a fish spa session to relax.

At the fish spa, Wong took off his shoes and immediately wrapped his feet in a towel before quickly dunking these into the water. 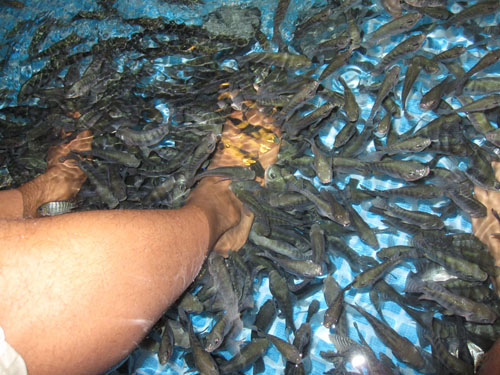 After the predetermined time, the spa owner came back to their tank to collect the payment but was shocked to see all the fish were dead! At first, the spa owner thought Wong had intentionally killed the fish as the tank smelled rather ‘funky’ but the embarrassed customer would soon admit that it was his stinky feet that killed the fish.

He told the spa owner that he had not properly washed his feet for all those 10 years he spent working! He was too busy at work that he was not able to exercise proper hygiene. The gunk from his feet apparently poisoned the fish.

Realizing Wong had not done this on purpose, the spa owner eventually forgave him. 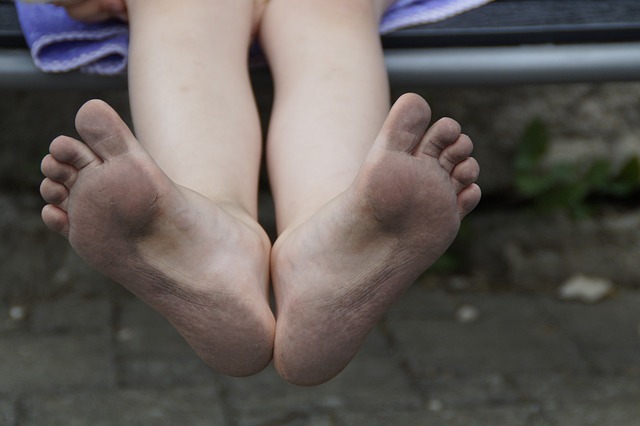 Thankfully, Wong’s girlfriend did not dump him but he has made a promise to take care of his personal hygiene from then on…