Gwilym Pugh of London, UK, ran an insurance business back in 2006. Today, he’s a world class model who’s been with the likes of David Beckham and signed up for brands like Bud Light. Wow. So, how did he do it?

Modeling had never crossed Pugh’s mind. When he was selling insurance, he was overweight and wore glasses. He’ll definitely not become a model with such an appearance – we’re not trying to degrade him but everyone knows that models have to have this certain degree of beauty to become noticed at all by some agency.

It was in 2013 when things took a good turn for Pugh. He just decided to lose weight. He started his day with fasted cardios, counted his steps, and became mindful of the food he ate. Soon enough, he lost 42 lbs (19 kg). 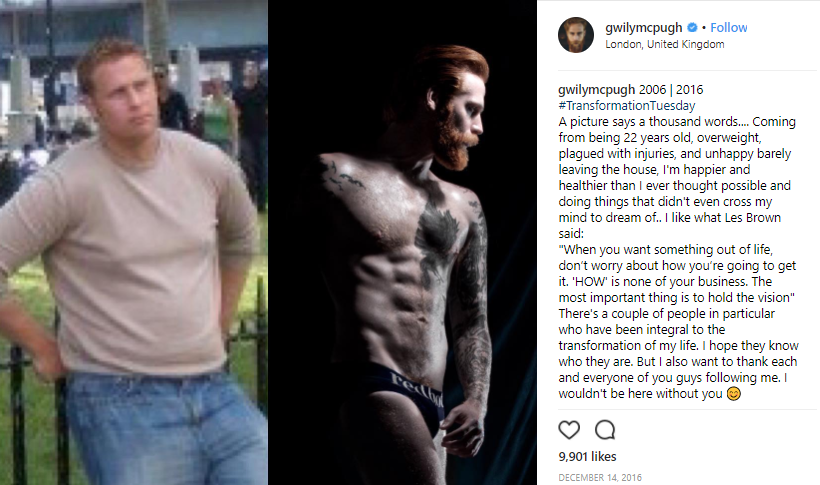 Gaining confidence with his new look, he joined a band with his friends.

“My barber at the time said that if I’m playing guitar I ought to have a beard. So I thought it would be a laugh to grow a big ginger beard,” he said. Little did he know this would bring him to success as he began to document his beard growth.

He was featured in “100 Beards” by London-based photographer Jonathan Pryce and “Red Hot” by Thomas Knight after he became popular on Instagram due to his beard. 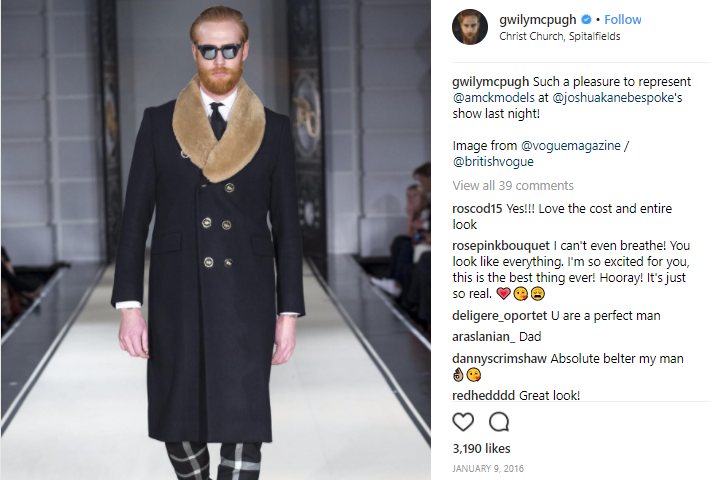 But he officially became a model when he was spotted by an agent while he was out shopping one day. He was signed up by London-based modeling agency AMCK where he would grow as a model. He appeared on GQ magazine, posed for Bud Light, and joined Fashion Week runway events.

David Beckham’s House 999 grooming project also got him as ambassador. Not bad for someone who just sold insurance in the past, right?