A man was in the right place at the right time to save a dog whose leash got stuck in the elevator doors. His heroic deed was caught on camera – and he was hailed a hero on the internet!

Johnny Mathis, 27, was coming home from work in Houston, Texas. He lives at the ground floor of an apartment but had to park his car in the underground parking garage. He took the elevator to his floor after parking his vehicle. 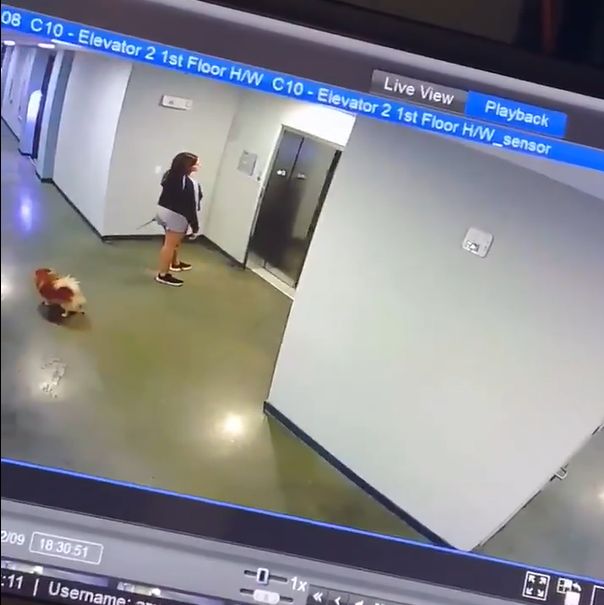 Once he stepped outside the elevator, he noticed a female neighbor who had a cute dog on a leash. He thought that the leash was too long but didn’t think that it would pose any problem. After all, the owner was not the least bit concerned about it. For sure, she had brought her dog out with that leash many times in the past, without encountering any problems. 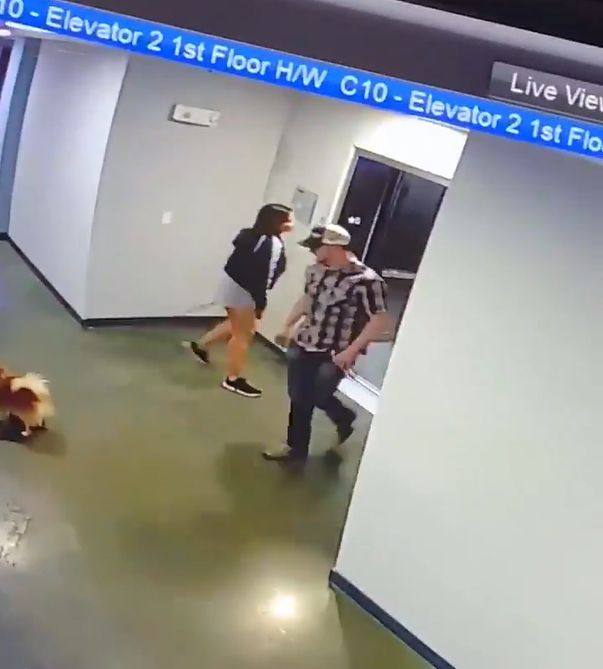 Thus, Johnny kept quiet about it, but did stop a few seconds longer to watch the dog as he thought the Pomeranian really looks so cute.

“When she got on, I was looking at the dog, because it was a cute dog. I noticed the leash was kinda long but I didn’t think it wasn’t going to make it on the elevator or anything,” Johnny later told reporters.

He could be seen stepping away and walking towards his apartment. But something made him look backwards – and that was quite lucky because he saw that the elevator doors had closed but the dog was still standing on their floor! He ran to the animal as quickly as he could, holding it up and frantically trying his best to remove its collar. 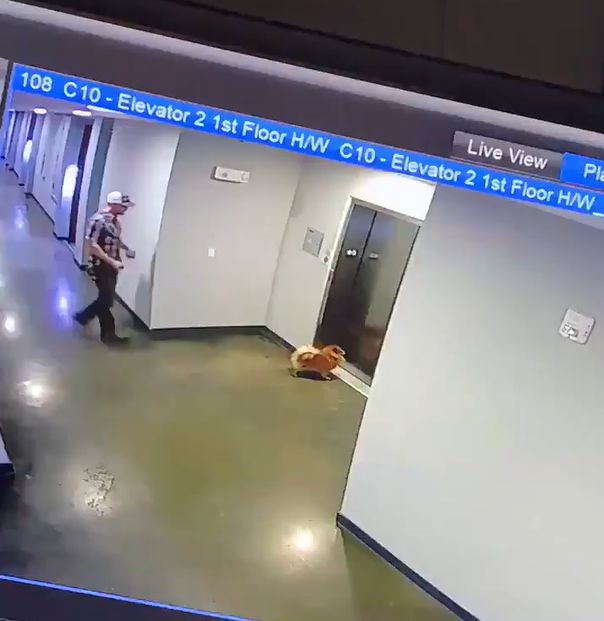 “Instinct just kicked in, I just grabbed that leash. There was so much fur, that’s why it took me a bit to get that lever off of the collar and when I did, I let go, you could see that leash just shoot off to the top of the elevator,” Johnny said. 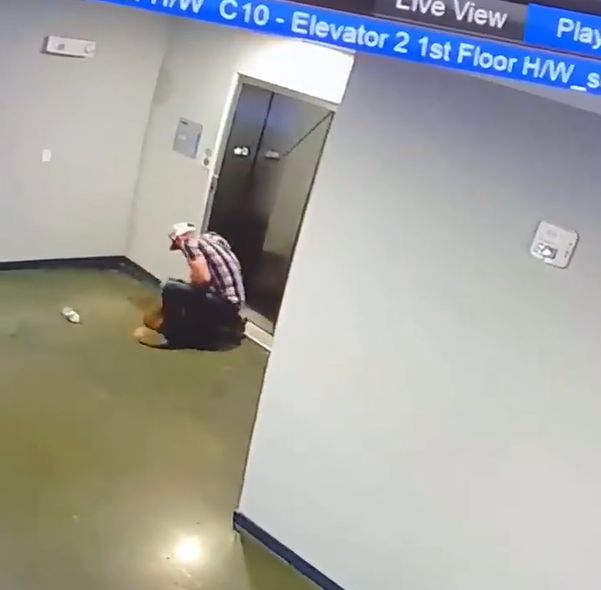 The woman was lucky that Johnny was there because the worst could have happened! She went back to the floor, crying. She was rather incoherent as she hugged her dog because she thought she lost the animal. Johnny wasn’t able to ask for her name as she was visibly distraught, but he went to the apartment leasing office the following day to report the incident. It was then that he obtained the incredible footage of the heroic rescue. 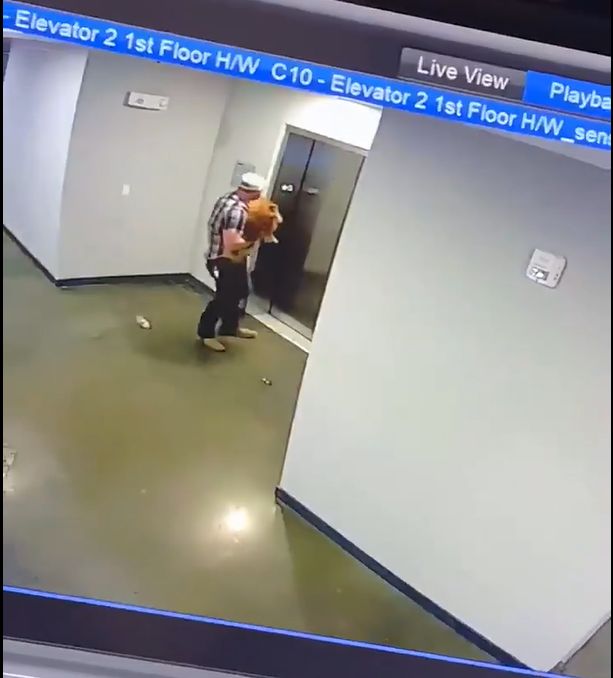 A leash is a rope or similar material that is used to restrain a dog or another animal. It is usually attached to a collar on the animal’s neck and is designed to let the owner or walker control just how far the animal could walk away from the person holding the leash.