Home
Lifestyle
Man Puts Dentures Away to Sleep, Finds Dog with ‘Brand-New Smile’ after Waking Up

Dogs are so adorable; but they can also be a bit too playful, bordering on being naughty, at times. Just like human kids, quite a number of dogs are fond of playing with things they really shouldn’t be playing with – and they end up either destroying the object or looking quite hilarious!

Just take for example an adorable Shih Tzu who found a pair of dentures – and actually found a way to wear the thing! LOL. 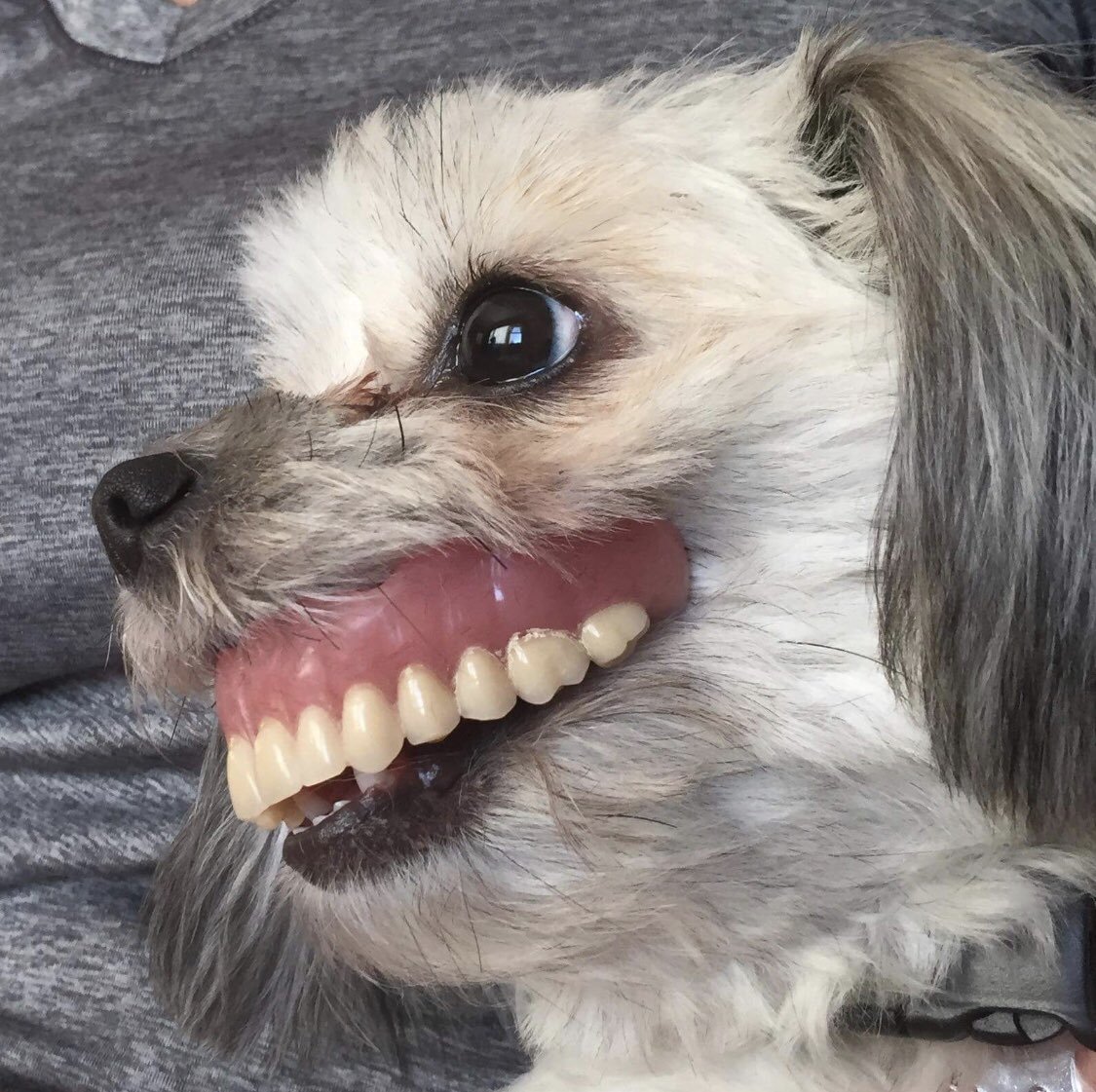 Twitter user Eunice (@eUniFiEd) owns an adorable dog who’s a mix of Shih Tzu, Poodle, and Chihuahua. Maggie might be little but she’s quite rebellious and she has a spunky personality. She’s also quite playful and is always curious about stuff around the house.

Eunice leaves Maggie with her dad every time she goes out to work.

One afternoon, Eunice’s dad took a nap in the living room, putting his dentures away as it bothered him when he sleeps. He must have forgotten that Maggie was there for the day; instead of putting the dentures in the bathroom or someplace high, he simply placed them on a napkin at the end of the couch. 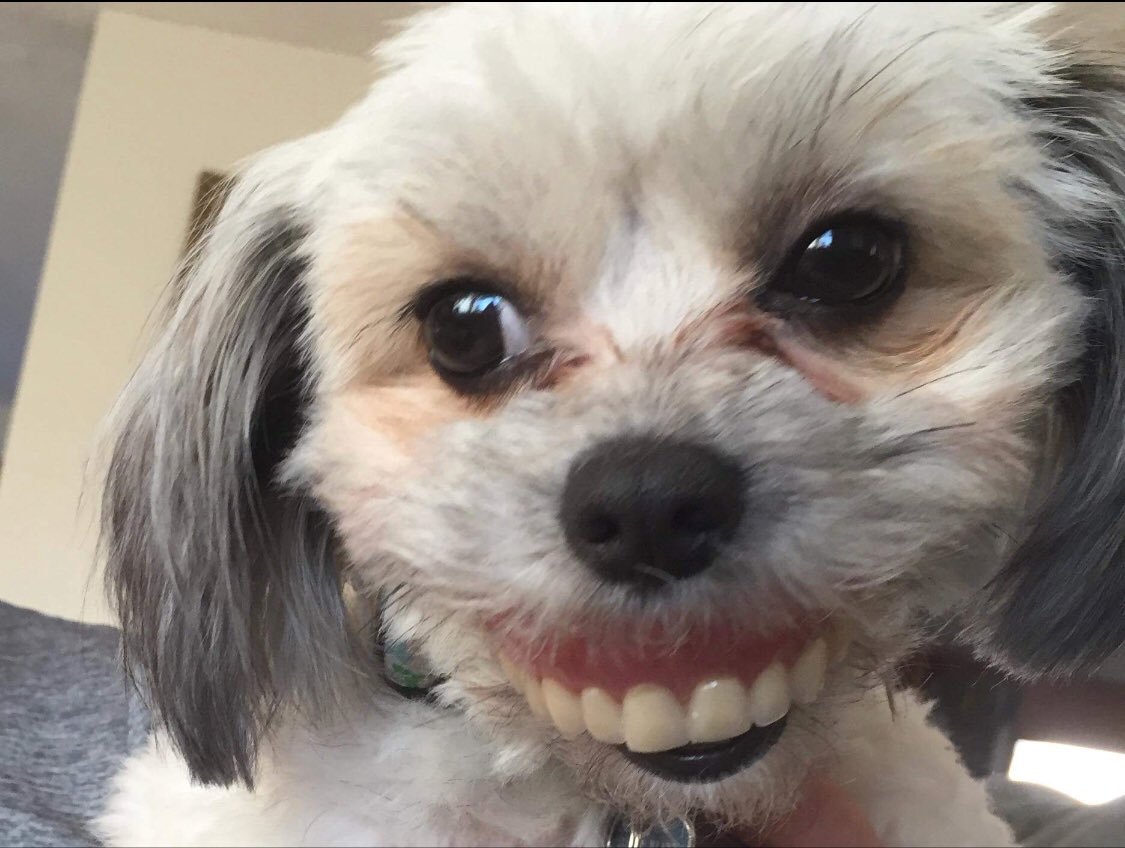 When he woke up, the dentures were gone. Realizing the dog must have taken the dentures, Eunice’s dad searched Maggie. He found her under the living room table – and sure enough, she found the dentures! But not only did she play with the old man’s fake teeth, she was also wearing them like a human. LOL.

Quite a sport, Eunice’s dad took a photo of Maggie and her ‘brand-new smile’, sending it to Eunice who nearly fell off her chair at the office as she laughed hard over her dog’s antics. 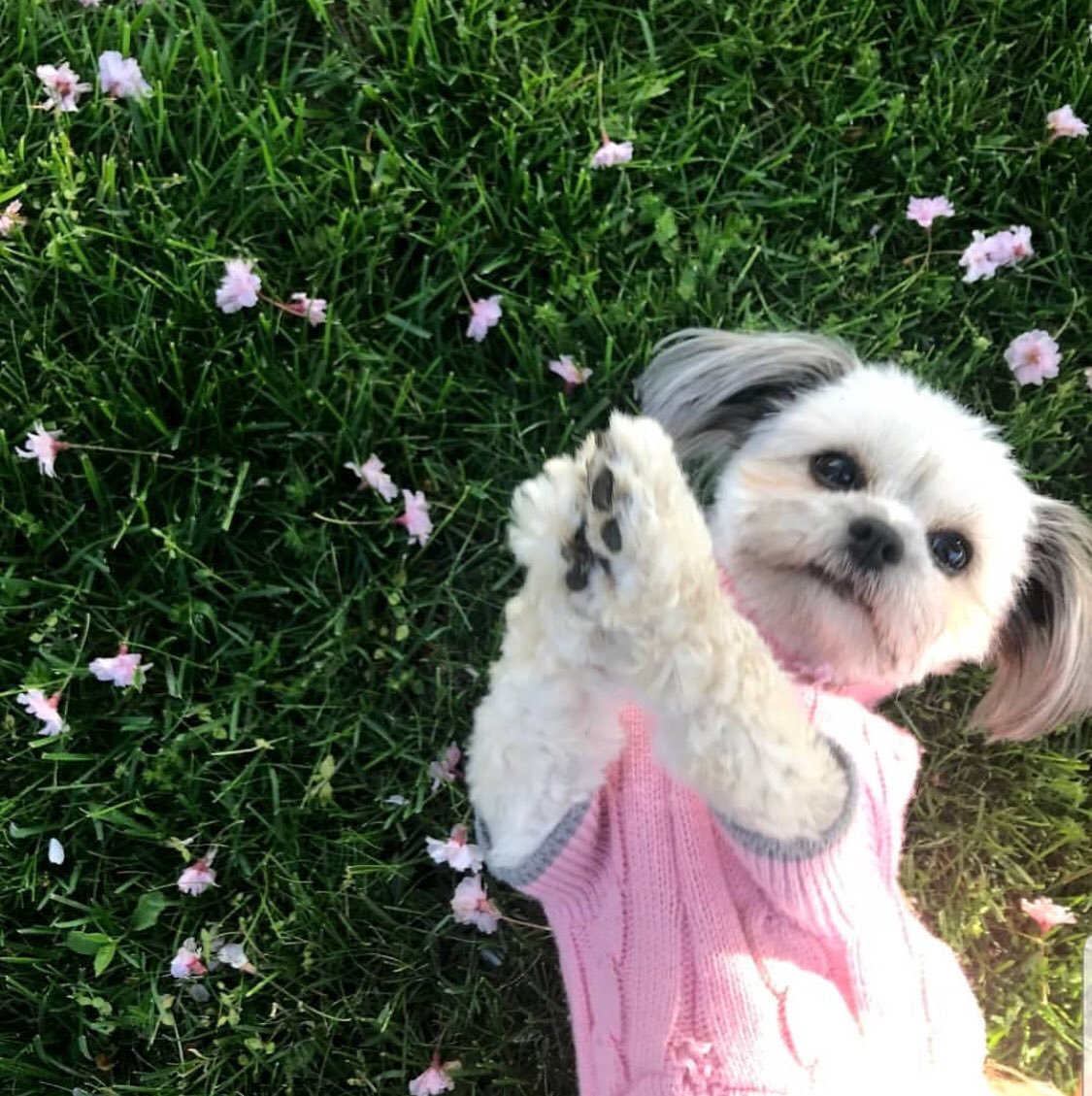 Thankfully, the dentures were not damaged and Maggie was unharmed by her new plaything. Moreover, Eunice’s dad was set to get a new pair, anyway. Whew!