He does not have legs but this did not hinder him from earning an honest living, working at a vulcanizing shop; instead of using his disability as a way to ask people for money.

This guy, although not identified by name, went viral on social media after a netizen shared photos of him working hard to change the wheels on their delivery truck.

According to social media user Jansen Sangueza who shared photos of the hardworking man with no legs, they were delivering foam beds to Ilocos Norte in northern Philippines when they busted a wheel. They were actually quite lucky that they had a flat wheel near a vulcanizing shop. 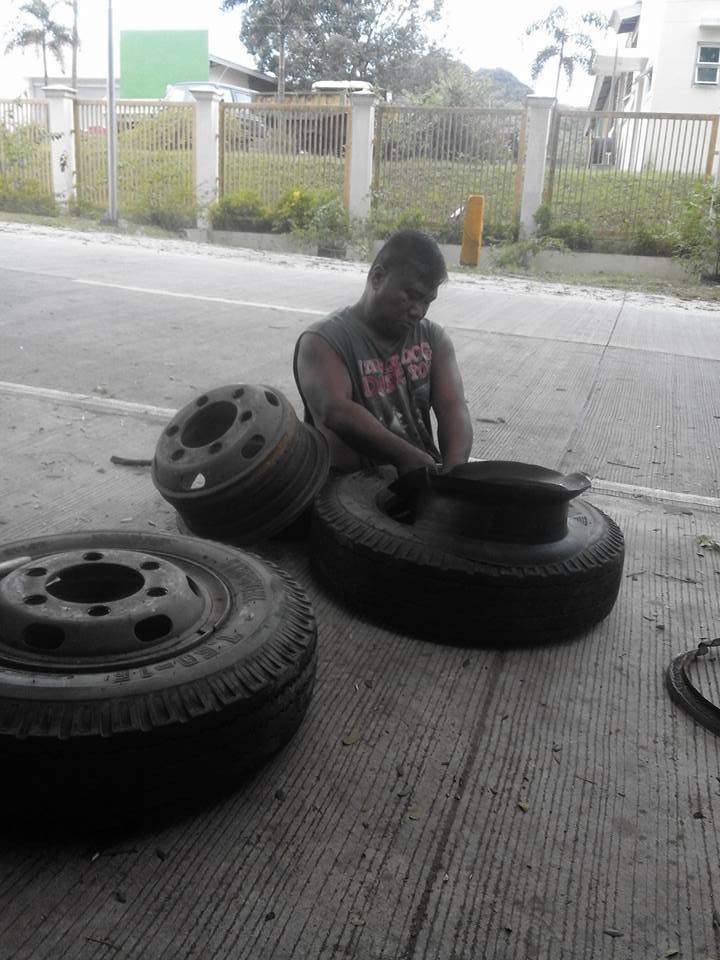 But when the man first got out of the vulcanizing shop, they were not sure what to think and whether the man could do the job but he did surprise them! This guy was so adept in his job that he was able to remove the busted wheel and had the whole thing fixed in no time.

Sangueza was amazed that despite the guy’s obvious disability, he did not let this hinder him from learning how to change tires and fixing wheels even on big trucks! This he is doing to earn a living for his wife and two children. 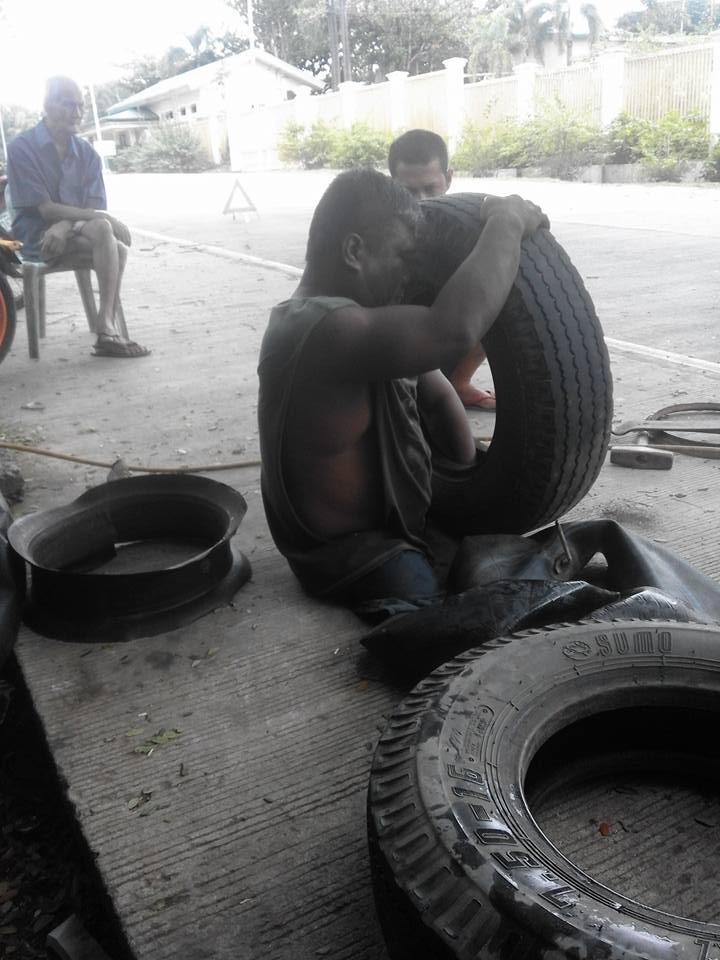 The guy surely is a wonderful inspiration and example to everyone, something that Sangueza recognized; thus, he posted the man’s photos on social media and, quite understandably, the post quickly went viral. A lot of people expressed admiration – and rightfully so!

Sangueza hopes that he will be able to meet the guy again, and he said that he surely is very proud of this hardworking man.

What is a Vulcanizing Shop?

A vulcanizing shop is a place where people can go to have the wheels of their vehicles fixed. The shop can seal punctured tires or replace tubes if the tires can no longer be vulcanized.