When Cory Hearon saw a cloud which was shaped like an angel while he was driving in Camden, South Carolina one day, he knew he had to take some photos and videos just to prove that he had seen one – or no one would believe him.

But also knowing that people have the tendency to scoff at everything unusual these days and say that it is just Photoshopped, Hearon knew he had to do something that will prove he wasn’t making up the whole thing. So, he turned to social media and used the ‘live’ feature – and everyone knows you can’t edit a live stream.

Hearon admitted that he almost didn’t video the cloud but we’re all so glad that he did. 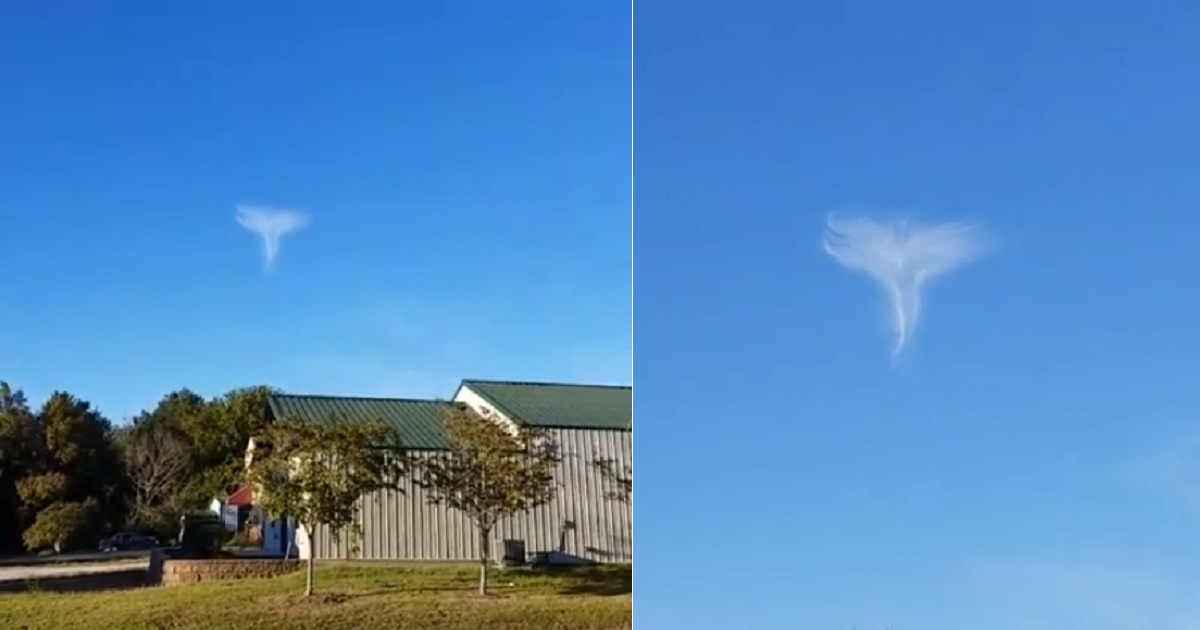 While the cloud does not look like a very detailed angel, the shape is truly unmistakable; it really does look like an angel.

The angel-like cloud quickly went viral and Hearon received lots of messages from all over the world. He admitted to sitting there in his car for about 45 minutes before the angel cloud dissipated but the whole experience had a profound effect on him.

It also seemed that a lot of people were positively affected by the angel cloud, saying that it was one of the most beautiful things they had ever seen – even if they are only viewing it through Hearon’s video.

A week after he created the clip, the video has already been viewed over 7.8 million times on Facebook. The clip also gained close to 270k shares and more than 136k comments. While he really can’t lose the skeptics, most of the people who commented on Hearon’s video believe that he really saw an angel-shaped cloud.

A live stream video is something that is being broadcast (often on social media) as it happens. While this is useful in many important events and even in showing evidence of particularly disturbing situations, this has also been used as a tool for various purposes, good or bad.