Home
Lifestyle
Relationship
Man Happily Walks 40km Home to Save Money, So He Can Buy His Wife Some New Clothes

How far can you walk without feeling too tired and regretting your decision to walk when you could have opted to take a ride on the bus or some other public transportation?

Well, many of us can’t even walk a kilometer without complaining about how far we’re going, especially if the weather is too hot or perhaps freezing but one man happily braved a blizzard and walked 40km in the snow so he could save money to buy his wife some new clothes.

The 60-year-old migrant worker identified as Zhao Fangzi took the long trek from his workplace in Shanghai, China to his home in Henan after learning that the blizzard had shut down the bus service last Friday, January 26. 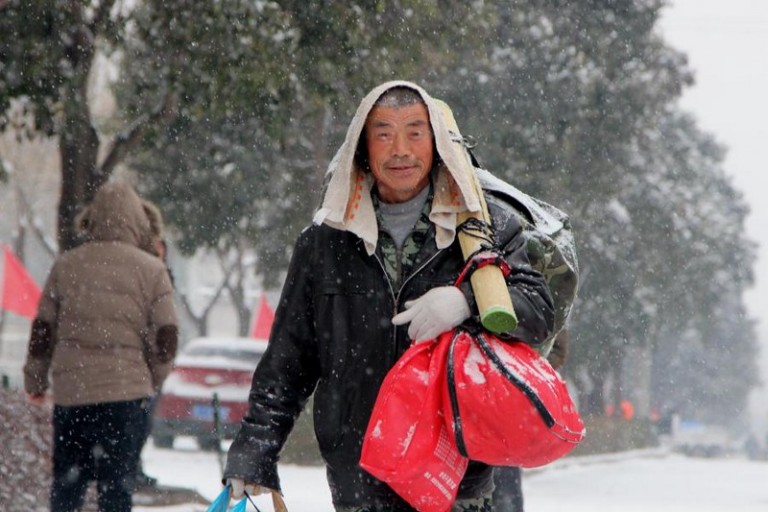 Instead of taking a cab (which was costly) or waiting out the blizzard in a hotel, Zhao decided to simply walk home! His feat wasn’t easy not just because of the freezing temperatures due to the blizzard but also because he was bringing a lot of things along. 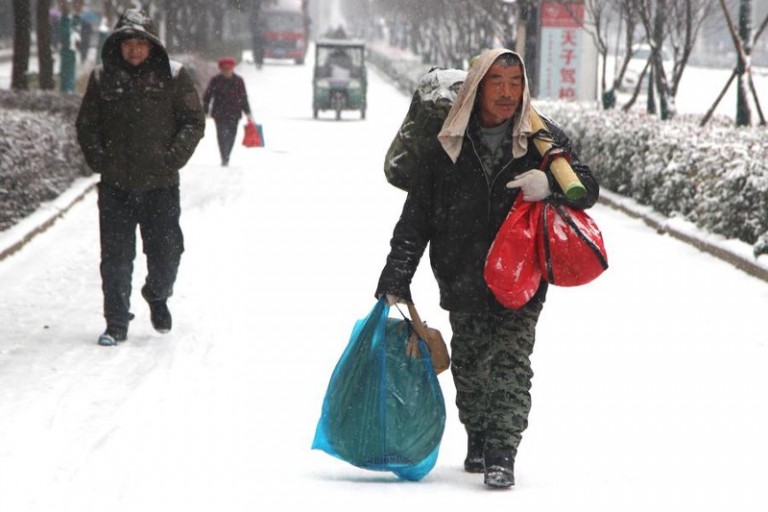 Aside from clothes, he was bringing his sleeping bag, beddings, electric fan, and other stuff he had accumulated over the years since he was actually retiring from his job in Shanghai.

Despite the freezing cold and the long walk home, Zhao was smiling. He was excited to go home and finally spend more time with his wife now that he’s retired.

When he was spotted by some reporters, he admitted that money wasn’t easy and that his boss even owes him some back pay of 10,000 yuan ($1,580) which is equivalent to 5 months of his wages as construction worker. He remains positive that the boss will pay him the back wages by Chinese New Year. 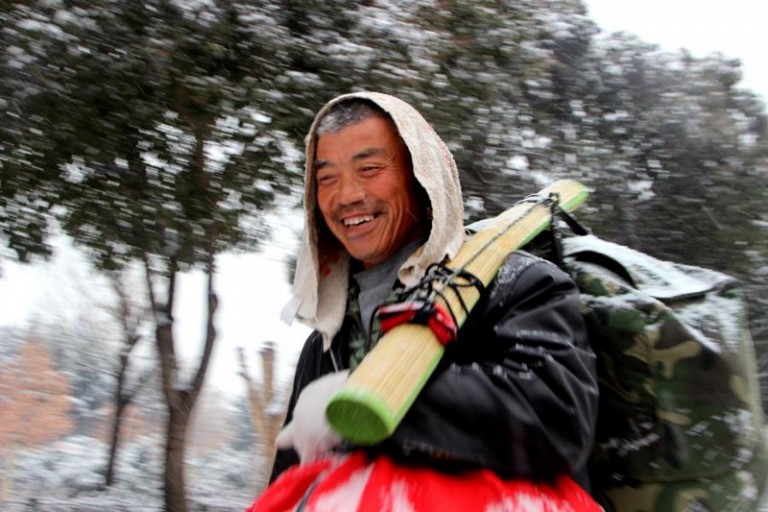 But he just wanted to save money to buy his wife some new clothes, instead of spending 200 yuan ($32) for the cab ride home.

So, on Zhao went, still smiling as he took the long trek home to see his wife… Isn’t that sweet?