Nathaniel John loves fastfood KFC so much that when he found a piece of cardboard deep-fried along with his chicken, he’s not demanding money from the company but only wants to get buckets of chicken as compensation!

According to a report on the Daily Mail UK, John ordered a few buckets of chicken for himself and the boys from the KFC branch in Sebastopol, Ballarat in Victoria, Australia. He was surprised to find a piece of cardboard in one of the chicken pieces delivered to his address.

Instead of lashing out at the company and demanding millions in compensation (as many consumers, especially in the US, usually do), this guy actually made a joke of the whole ordeal and only demanded more chicken from the company. 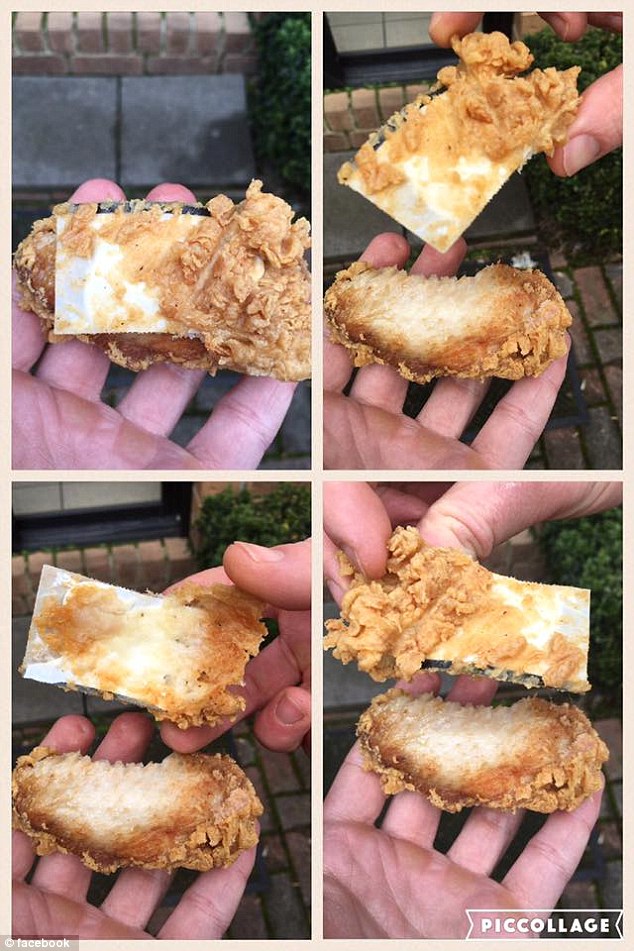 He posted on KFC’s Facebook page, writing about how he had ordered a ‘feed’ for him and the boys from the brand’s local outlet when found the ‘additional topping of no extra cost’.

“To my horror as [I] bit into the final greasy, succulent piece of chicken that was the remains of my Zinger Box, I found it had an additional topping of no extra cost (thanks but no thanks). A piece of card board with ink on it had been deep fried with my chicken wing,” John wrote in part. “I wasn’t aware that KFC stood for ‘Kentucky Fried Cardboard’.”

He’s not really after money. He wrote a suggestion for resolving the issue, “I’m a reasonable guy, so I think that it’s fair that some sort of compensation can be agreed upon; So a couple of buckets of chicken home delivered for myself and the boys to enjoy on this fine Sunday would be greatly appreciated. Stay lit KFC.” 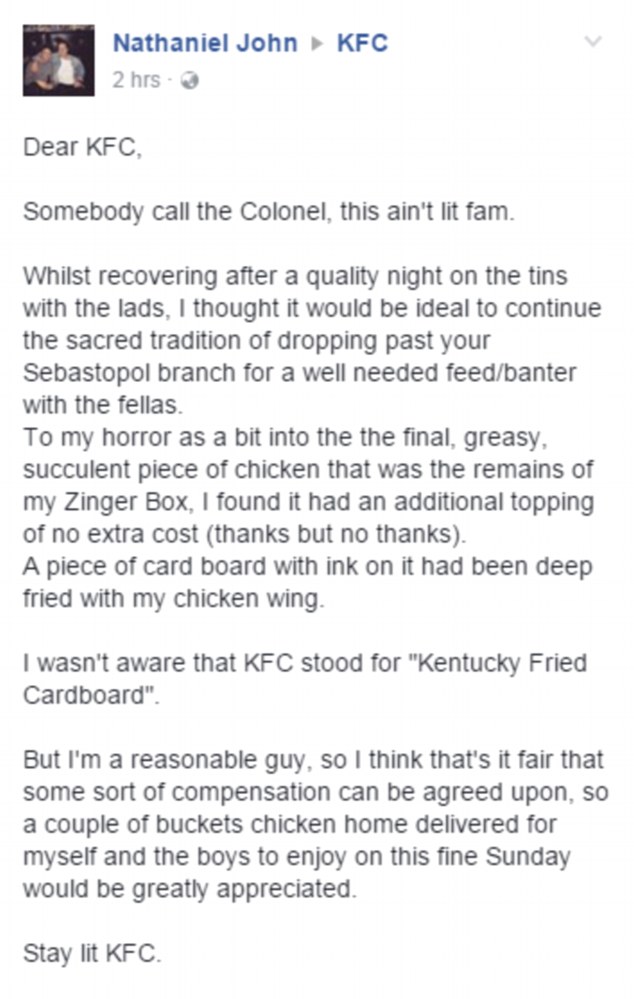 A representative from KFC immediately commented on John’s post, writing that the company takes matters like this seriously. He was asked to send a private message to KFC, indicating where and when he bought the meal as they will arrange for the store manager to contact him directly.

Compensation was not discussed in the post and, as of press time, John has yet to hear from the store manager.