A man in China has recently gone viral after it was revealed that he has been dressing up as his dead sister for 20 years to care for his grieving mom.

In a video that has gone viral first on Chinese social media Weibo and later on other social media platforms, a Chinese guy could be seen tending to his mom while wearing a traditional cheongsam dress.

The two live in Guilin in the Guangxi region of China. 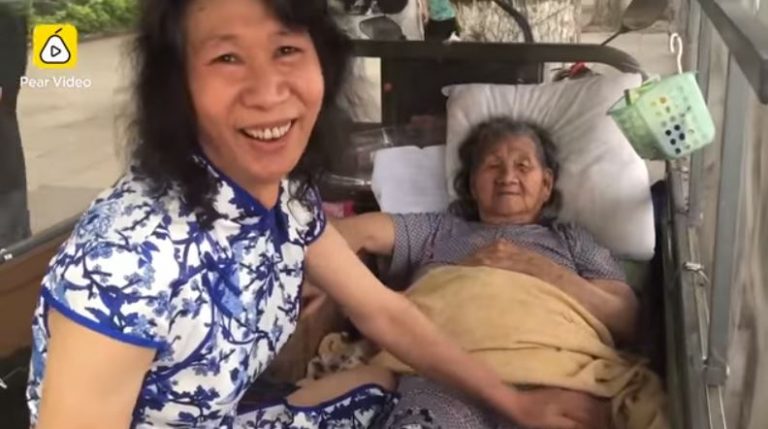 According to reports, the man’s mother showed signs of mental illness after the death of her daughter. She would always talk about her daughter and ask where the girl was, even if her son was there to comfort her.

Realizing that his mother needed his sister but having a difficult time making her understand that the girl was gone, he decided to live as his sister to help his grieving mom.

Upon seeing her ‘daughter’ who was actually her son dressed as a girl, the mother was so happy and excited that he didn’t have the heart to tell her the truth. He decided to continue dressing up as a girl and making his mom think he was the daughter she lost.

“I’ve basically been living as a woman ever since. I don’t own any men’s clothing,” he said in the video. 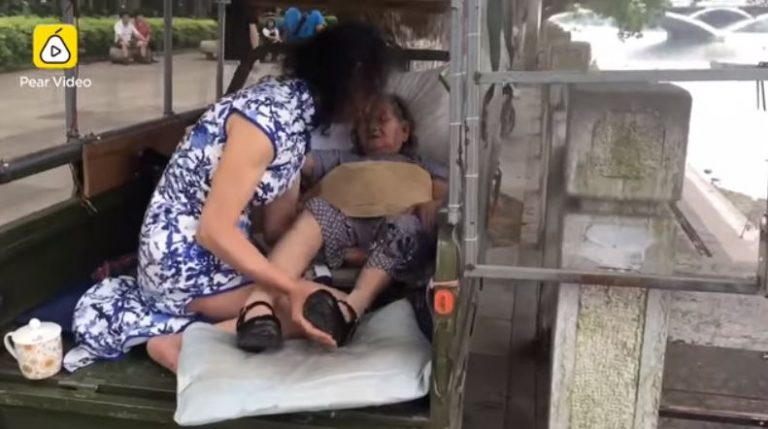 Of course, there were a lot of people who laughed at his choices, saying he didn’t have to dress up as a woman but should have explained the whole thing to his mother. Since he actually tried doing that but failed, he accepts all these hateful comments and said he’s not afraid of people laughing at him because he’s only doing this for his mother.

Some accused him of being gay and using his mother’s mental illness as excuse for cross-dressing! Hmmmmm. What do you think?

Cross-dressing is the act of wearing clothes that are identified with the other gender. This term is often used for men wearing female clothes because females have long been wearing ‘male clothes’ like trousers and polo shirts without negative social implications.