Looking neat and decent, a father hangs out at a Jollibee store in Cubao with his nearly 2-year-old son. If you aren’t observant enough and don’t hang out at the place, you won’t notice that they were actually homeless and have been practically living there for over 6 months!

Jerrico Punzalan Ocampo shares the story of this father and son pair who, somewhat, reminds us of Will Smith’s “The Pursuit of Happyness” movie.

According to Jerrico, as a newbie at his dorm in Cubao in Quezon City, Philippines, he felt a little uncomfortable staying there; thus, on his first few nights there, he decided to hang out at Spark Place Cubao. 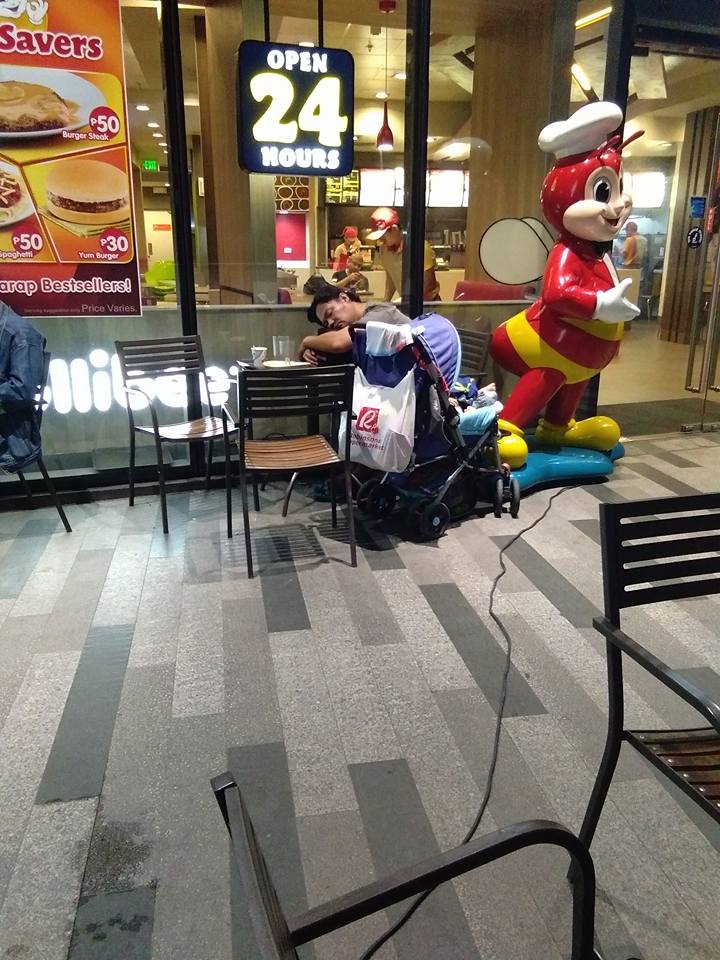 While dining at Jollibee, he noticed the pair sleeping. The father was on the chair while the kid was in the stroller.

At first he thought they were just waiting for someone but the second night, he found them at the same spot. He was puzzled because the kid appeared hungry; thus, he ordered extra food and told the crew to secretly give it to the pair as he didn’t want them to feel embarrassed.

The following day, Jerrico was shocked to still find the two there! So, he bought extra food again and decided to find out for himself what’s up with the pair. 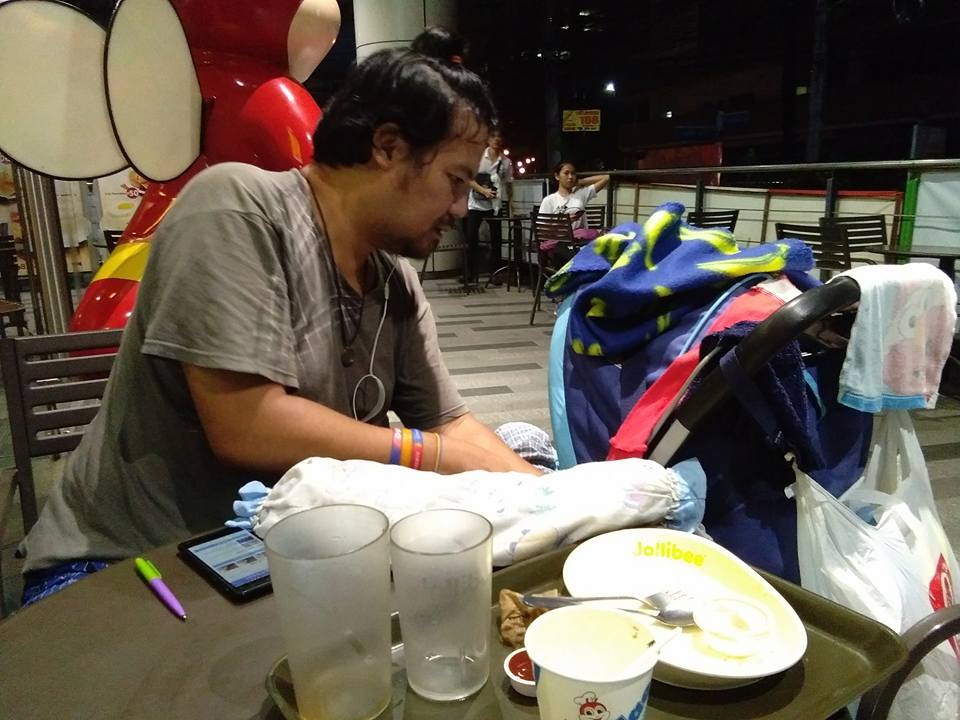 The man introduced himself as Daniel Amit and his son’s name is Charles. According to Daniel, he and his son had been practically ‘living’ at that Jollibee outlet for months after he lost his money to his gambling wife.

Daniel told Jerrico that he actually had a barbecue stall in Cubao. It had been earning well and he was able to pay their rent until his wife became addicted to gambling. It came to a point that all their money was used in gambling and their landlord kicked them out for not paying rent. 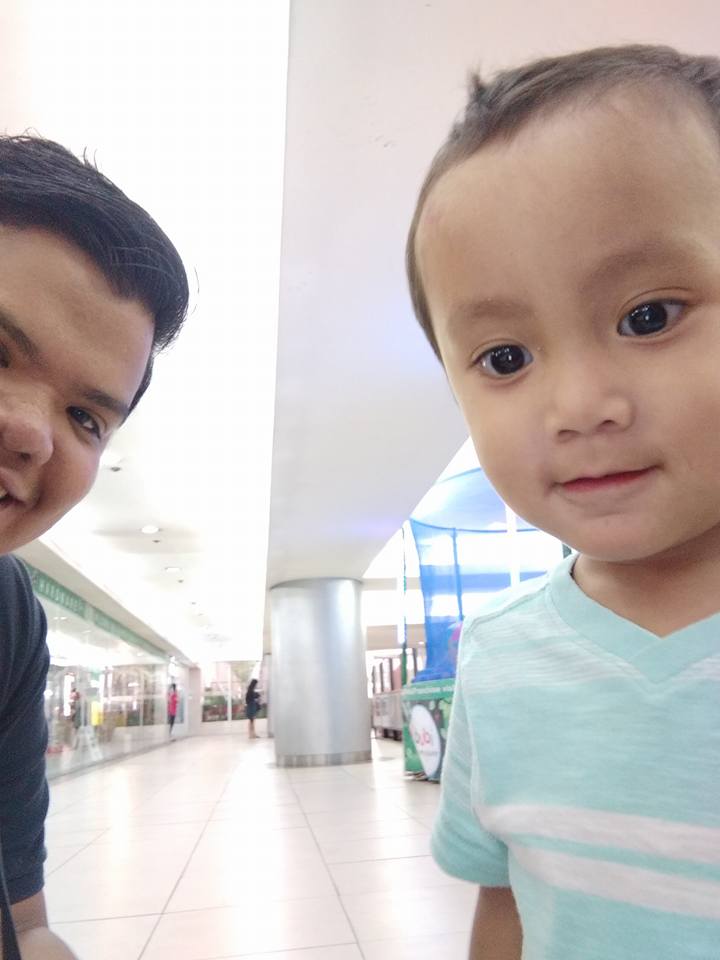 His wife left him but when Daniel attempted to go back to his parents, but his mother reminded him that he had chosen his wife over her in the past; thus, he must live with the consequences of his wrong choice…

Too bad his own kin wouldn’t help him get back on his feet again; so, Jerrico and his friends decided to find a way to find the pair a home and a way to earn money, especially because the baby will turn 2 years old this coming September 25.