For many of us, money is an important thing, but it does not really hold much sentimental value. Recently, however, there’s this story of a Malaysian who went viral for asking the internet for help in finding the original owner of a paper bill, RM10 ($2.40) with a heartbreaking note.

On the clear side of the note, someone wrote a reminder that made the note a memento.

Considering that the note showed the exact time and date when the money was given by this someone’s dad, it was clear that something must have happened afterwards that made this money so meaningful to that person. It was not clear why that person lost or spent the money afterwards, but when Hyza Ezany saw the note, she knew that this money was truly important to the original owner who wrote on that bill.

On her Facebook account, Ezany shared photos of the paper bill, asking help from netizens to spread the story so that the original owner might find the money. Of course, with the note being given by that person’s dad in 2010, it is unclear whether the person still wants the money back or what. But Ezany thought it was just fair to share the story.

The post went viral, gaining over 25k shares – and finally reached Anne Malar Yesudass. The young lady was simply ecstatic that the note was found! She shared that on that fateful day, May 21, 2010, Friday, her father brought her to school at 7:10 A.M. He gave her the money as her allowance for the day and bid her goodbye. 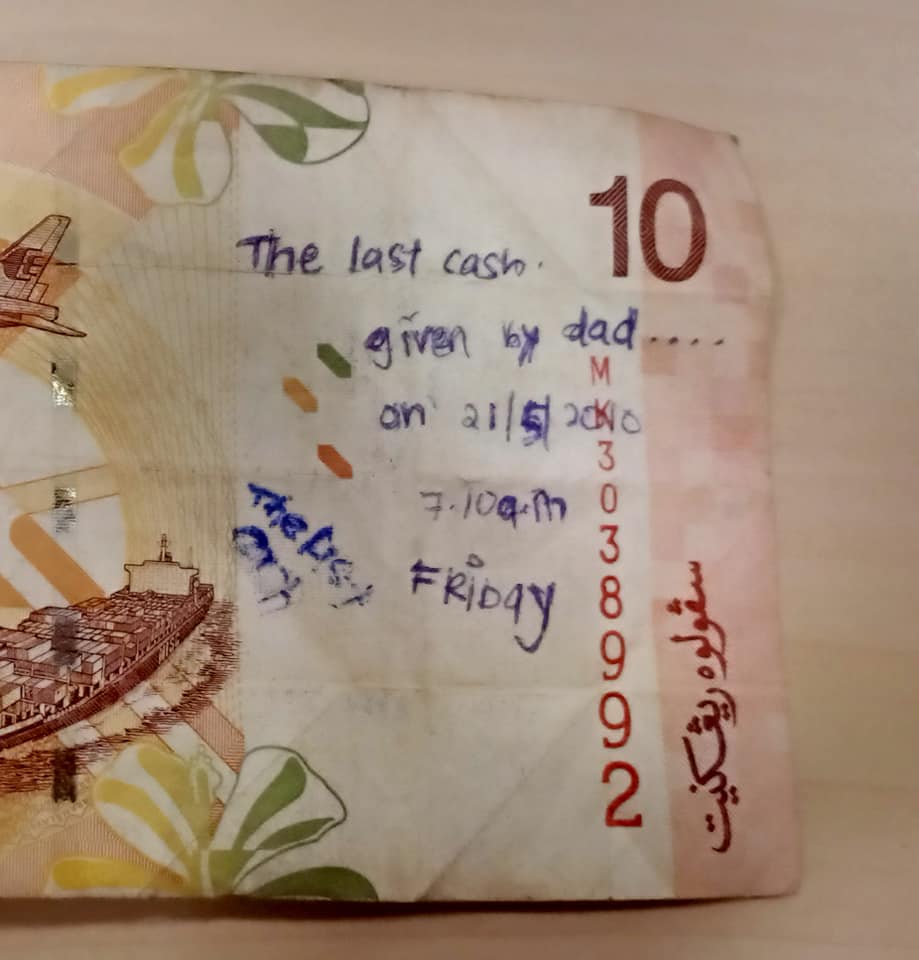 That was the last time she saw him because he met an accident soon after. Thus, she held on to that money because it was the last thing he ever gave her – but someone got her wallet while she attended a camp in Melaka last September 1, 2019.

“I was terribly sad that this valuable thing of my life was stolen together. I always remember about this the past one year. There was always an ache in my heart whenever I think of it,” Anne said. “I thank so so so much sis Hyza Ezany. The word thank you alone is not enough, actually. Thanks for all those kind-hearted people who shared it as well, and all the thoughtful comments.” 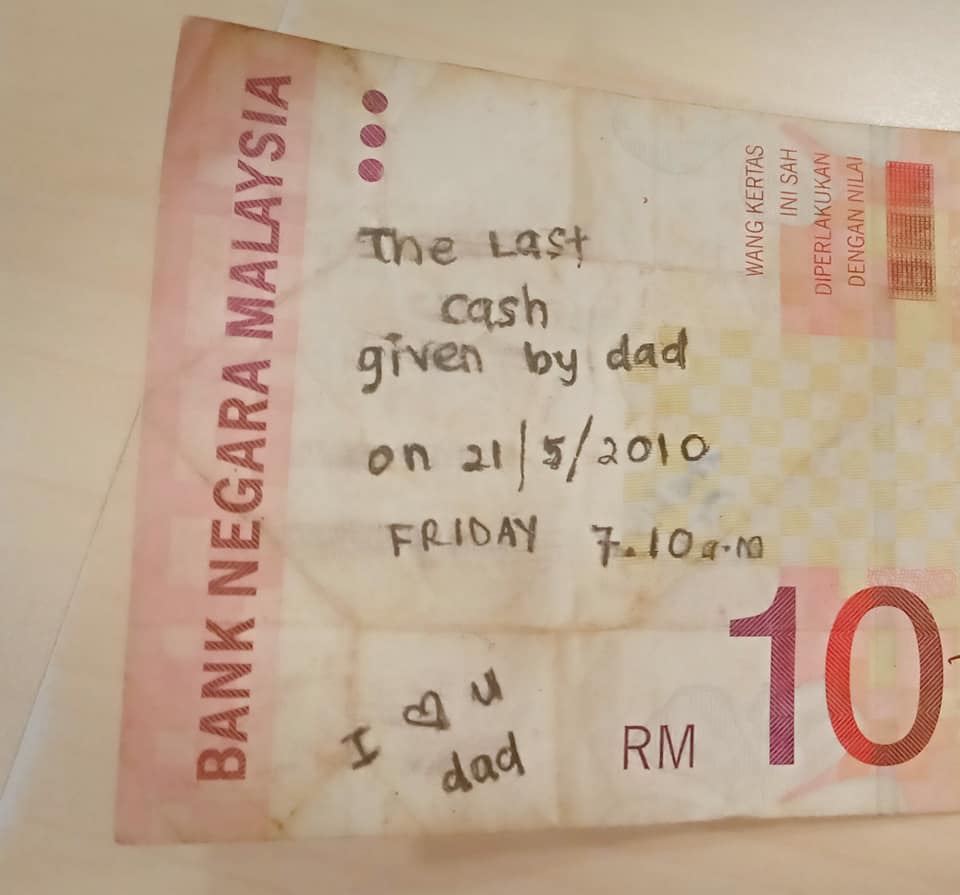 Reunited with the money, Anne said that she’s not after the monetary value of the bill but its special sentimental value. We’re glad she’s reunited with her dad’s memento!

A memento is a thing that’s a reminder or a souvenir of a trip, a person, or an event.