A mom in Malaysia was forced to kick her own child to save her from getting crushed between the doors of a closing elevator.

While most elevators these days are equipped with door sensors to ensure that no one is crushed between the doors, old models don’t have these sensors and people have to press a button inside the elevator to keep the doors open while people are still getting in or out.

Based on the CCTV footage of the incident, the curious toddler was playing near the elevator when the doors opened although there was no one inside the lift and no one had pressed the button from the floor where the little girl was on.

Attracted by the open door, the toddler walked towards it and was about to get inside when the doors began to close. Since the old lift didn’t have sensors, it continued to close despite the girl being in between the doors.

Seeing that her child was in danger of getting crushed by the doors, the mother ran towards the elevator. She kicked the child out of harm’s way. The little girl was thrown towards the side of the elevator but was now safely on the floor, away from the now closed doors.

Thankfully, this ended well and the child was alright; though she might have some bruises from her mom’s kick and from hitting the wall. 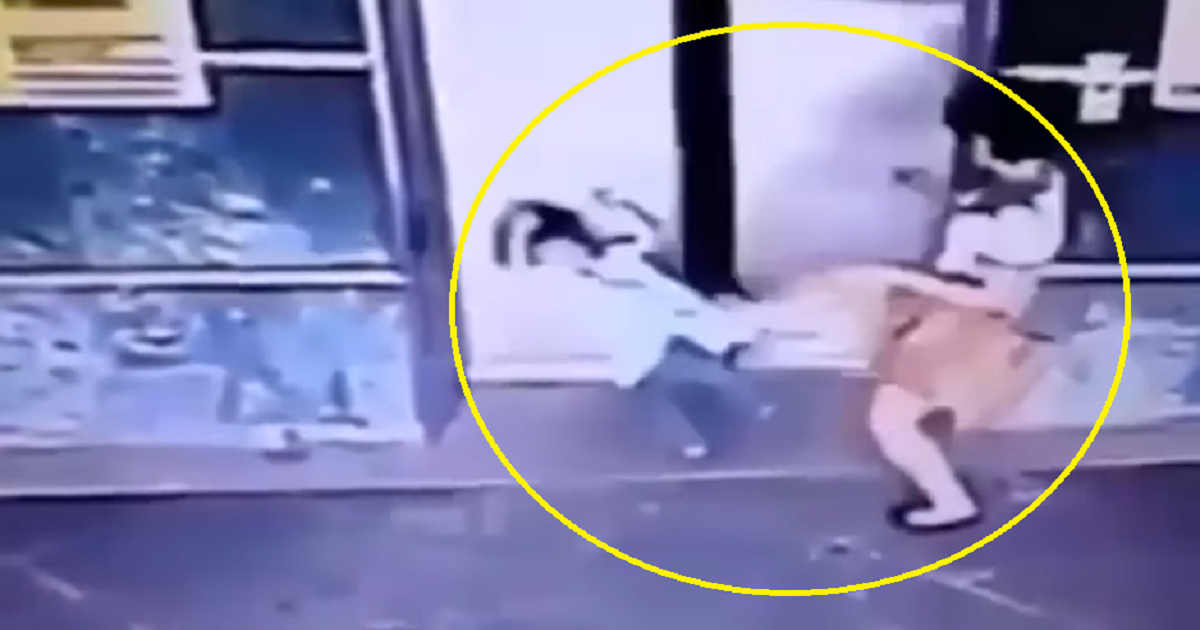 But while many people are praising the mother’s quick action, there were also those who blasted her for kicking the girl as she could have used her hands to pull the child away, instead. It was clear on the CCTV footage that while her right hand was holding something, possibly a phone, her left hand was free.

Others also pointed out that after kicking the child, the mother actually backed away instead of gathering the child in her arms and comforting her.

Still, many said there’s no need to judge the mother because she did what she could to save the child.