These days, it is hard to find someone you can trust – and you just can’t walk around with a lot of money in your bag because there are people who could snatch the bag away so easily!

But a lady in Malaysia recently went viral for confidently walking down the street after getting money from the bank, because her bag is carried by no less than her pet Rottweiler! No thief would ever try to take that bag away from the dog, huh? 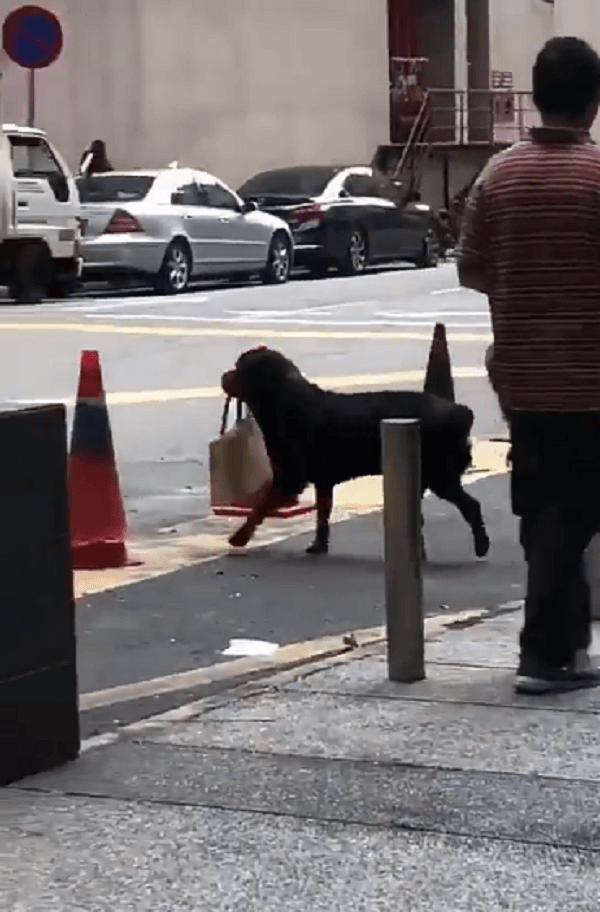 In Malaysia, there had been a lot of instances of riding in tandem on board motorcycles, just lurking near banks or around corners, awaiting those who are a bit careless with their stuff. A lot of Malaysians have taken to wearing backpacks in front of their bodies instead of their backs. They are also using bags that are harder to take, such as the ones with slings. 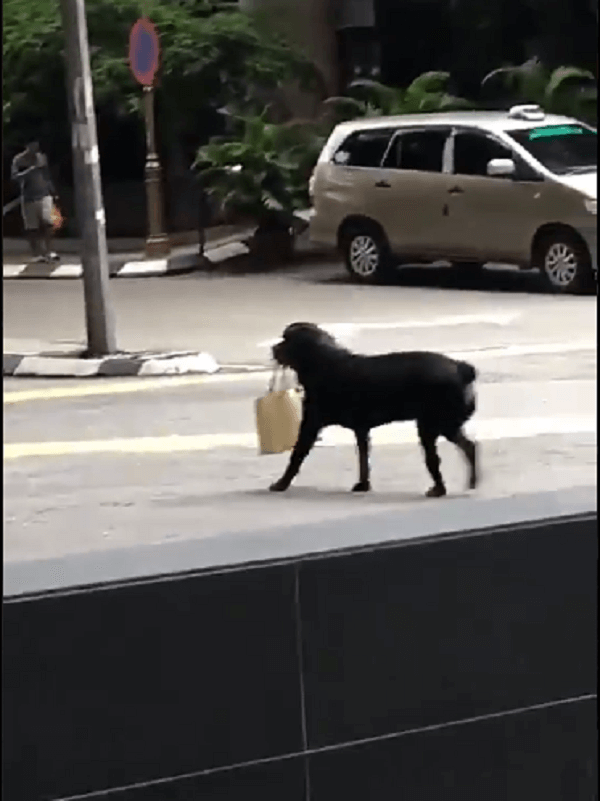 But for one lady, a purse is alright – as long as you have your pet Rottweiler with you!

On Twitter page MyWatch, a woman could be seen walking out of the bank and followed by a huge black Rottweiler carrying her purse in its mouth. While the purse was rather small and easy to take by someone on a motorcycle, no one would surely dare snatch this purse from the Rottweiler’s mouth! 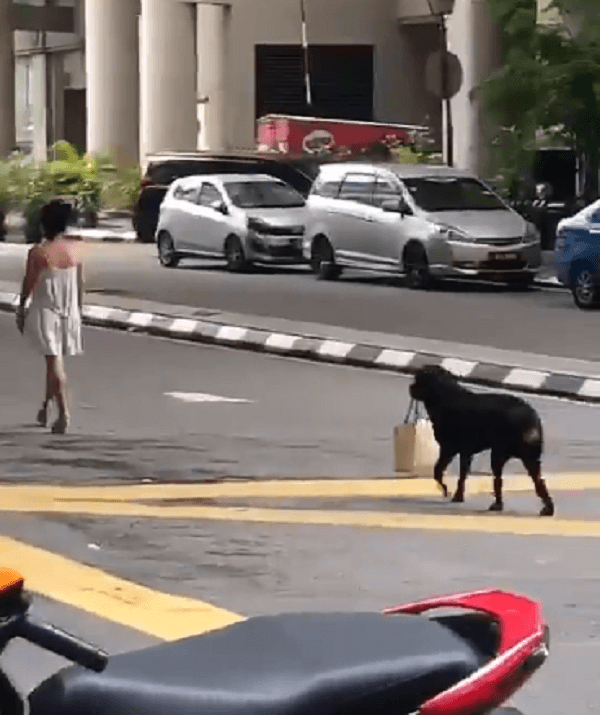 “If you want to avoid getting your bag snatched, imitate this woman,” the page wrote as it shared the video.

The obedient dog followed the lady across the street; both walked with confidence. No one is going take anything from them both – that’s for sure. 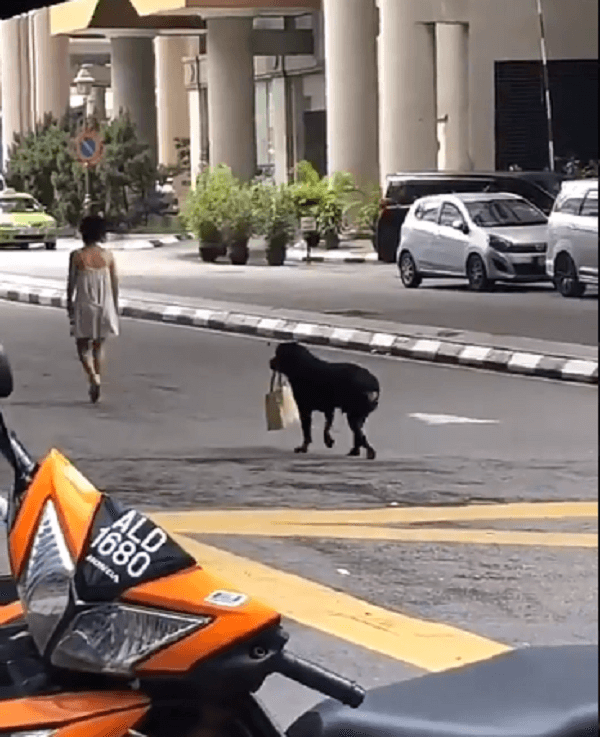 With Rottweilers being huge dogs and known for being fierce, only a fool would ever attempt to take the purse away!

A Rottweiler is a breed of domestic dog whose name comes from the German term “Rottweiler Metzgerhund” which means “Rottweil butchers’ dogs”. This is due to the fact that the breed was great as a farm worker, hauling carts laden with butchered meat to the market.

Today, Rottweilers function more as pets and guard dogs than a farm worker.