At one point or another in our lives, we have done something that can be a cause of embarrassment to us or to our companions.

An example of this is falling asleep while commuting and accidentally laying your head on the shoulder of the person beside you. No matter how embarrassed you feel, when you go down that vehicle, everything will be forgotten.

But what happened to this country leader won’t be forgotten anytime soon. His embarrassing moment was caught on television, while he was with all other leaders.

This happened to the Prime Minister of Malaysia, YAB Dato Seri Najib Tun Razak during the 31st ASEAN Summit that was held in Manila in the second week of November 2017. 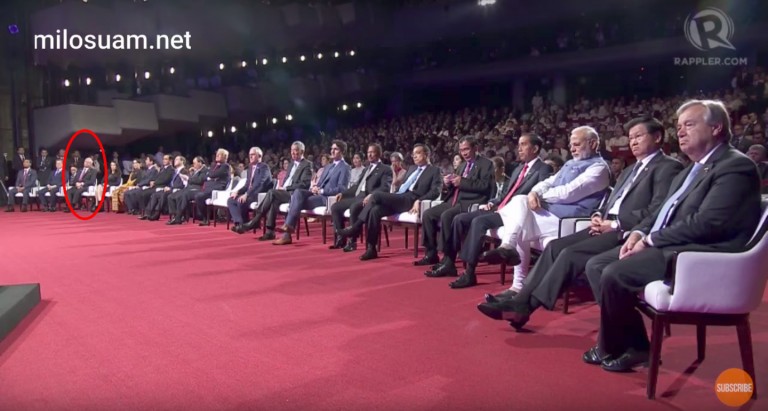 As the host country’s President Rodrigo Duterte is delivering his opening speech, the camera panned to the exhausted PM Razak. During that time, he was seated beside the Prime Minister Jacinda Ardern of New Zealand.

The incident happened while PM Razak was seated in seats along the red carpet while Duterte was giving his speech. Among the other leaders in the audience were United States President Donald Trump, Canadian Prime Minister Justin Trudeau, Indian Prime Minister Narendra Modi, and Japanese Prime Minister Shinzo Abe. 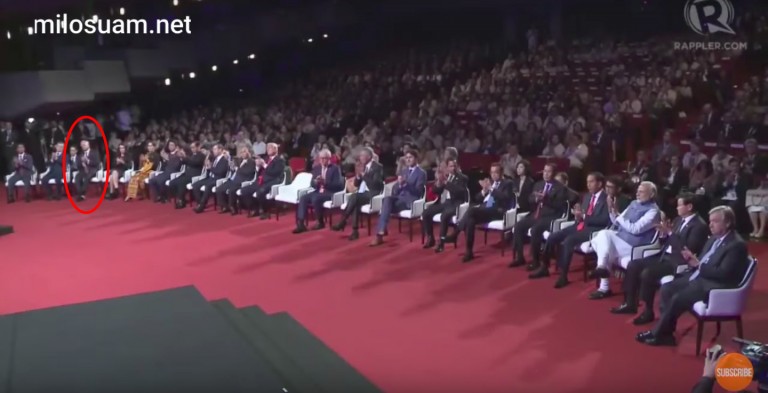 As Duterte ended his speech, the country leaders burst into a round of applause. This woke PM Razak as he clapped his hands as if he heard everything from the speech.

The PM’s short nap quickly became viral when a local Malay news portal shared it. It had garnered mixed reactions from Malaysian people.

Some netizens think that since he is representing his country, he should have acted accordingly and did not fall asleep.

Other netizens, however, understood that it is hard to be a Prime Minister and noted that he just may be exhausted during that time.

Here is the video: