The Maid in Malacañang film has been met with anger on social media over its controversial scenes, yet VIVA Films announced that it has earned over Php164 million in gross income in just 6 days! Yay or nay? 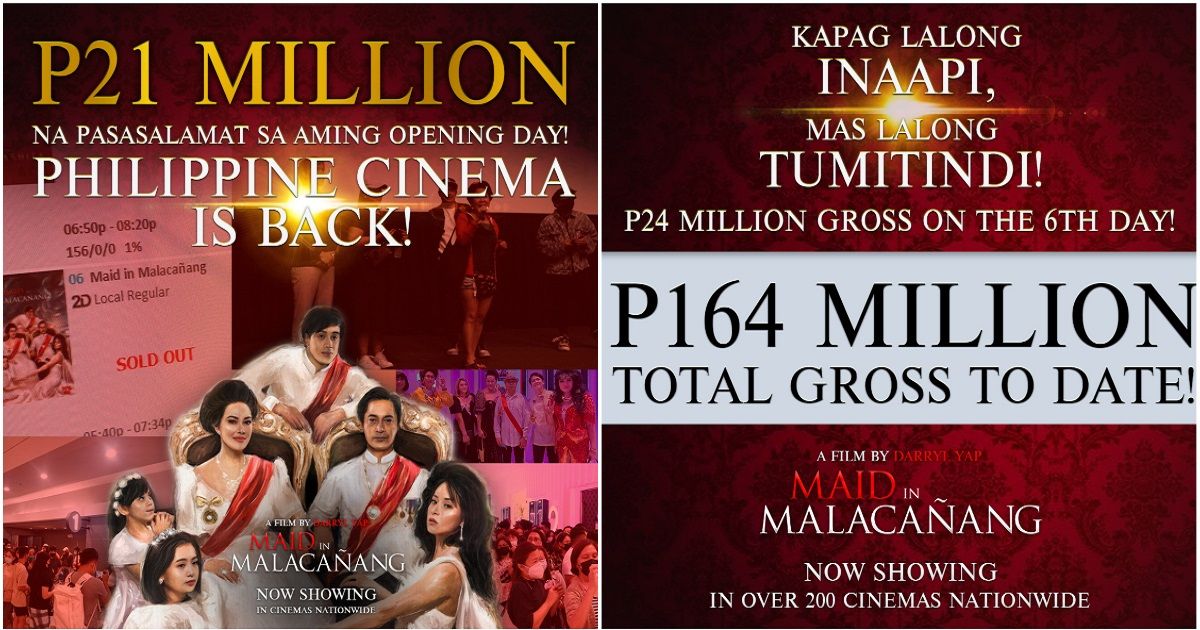 The controversial film Maid in Malacañang is quickly becoming a blockbuster hit as it earns Php164 million from showings in over 200 cinemas across the country.

And although Direk Darryl Yap was slammed for his controversial portrayal of scenes that many believe were twists and revisions in history, it’s apparent that many were also curious about the movie – and they were even quite willing to shell out their money to watch the much-talked about film. 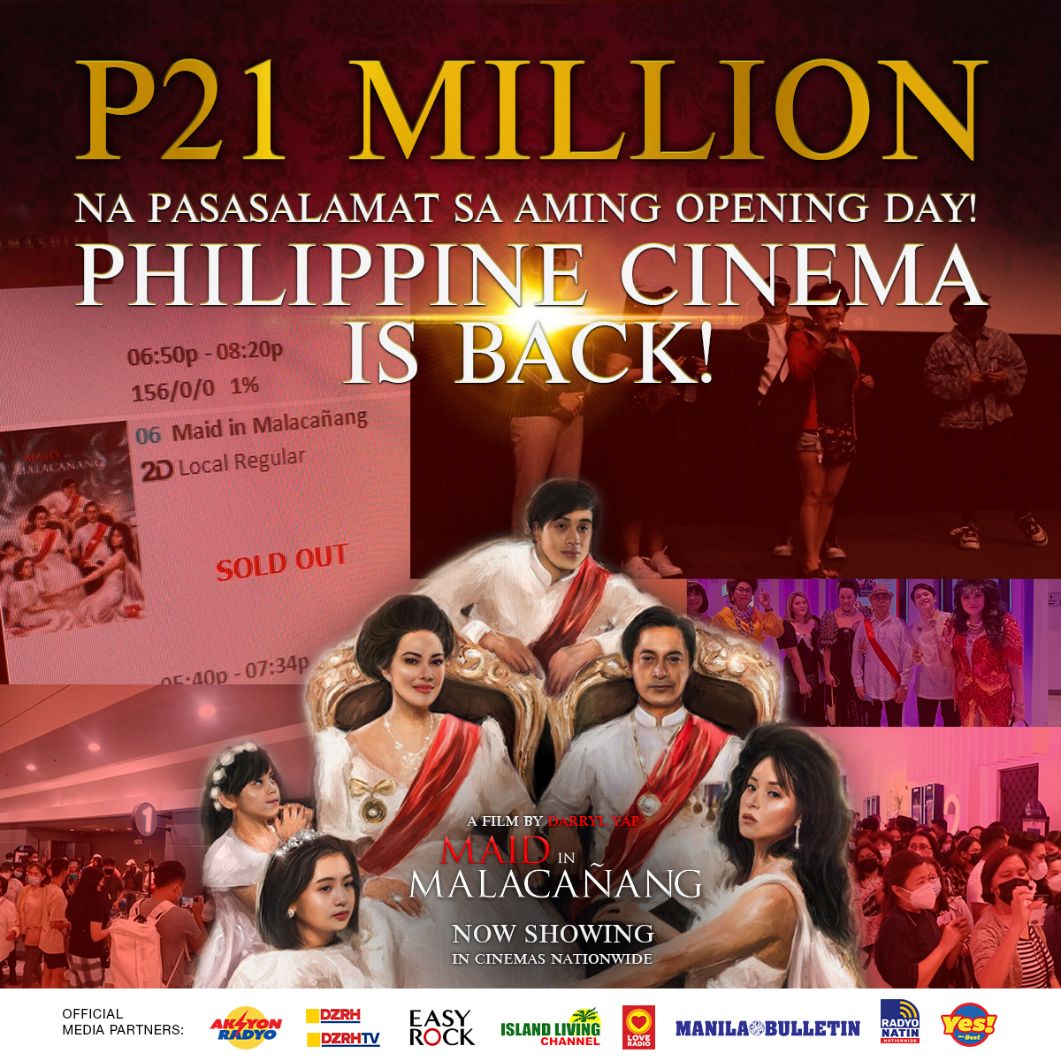 The film director and some of the cast, including Cesar Montano, Ruffa Gutierrez, Diego Loyzaga, and Karla Estrada went on a cinema tour and had several red carpet premieres in various locations to promote the movie, yet it appears that it might not need any promoting at all.

After all, they say that negative publicity is free publicity in the show business – and the controversies could be the ones compelling people to watch.

Estimated Earnings for Maid in Malacañang

Based on the posts shared by VIVA Films, the controversial movie has already earned more than Php164 million as of August 9, 2022 – just some 6 days after it was released.

In 3 days, the number has risen to Php63 million.

By August 7, VIVA Films has declared the movie as a “landslide victory” of Philippine cinema after it reached the Php100 million mark.

On its fifth day, the film continued to earn more and has grossed Php140,000, with VIVA Films announcing that this day alone (a Sunday) grossed the highest at Php40,000. 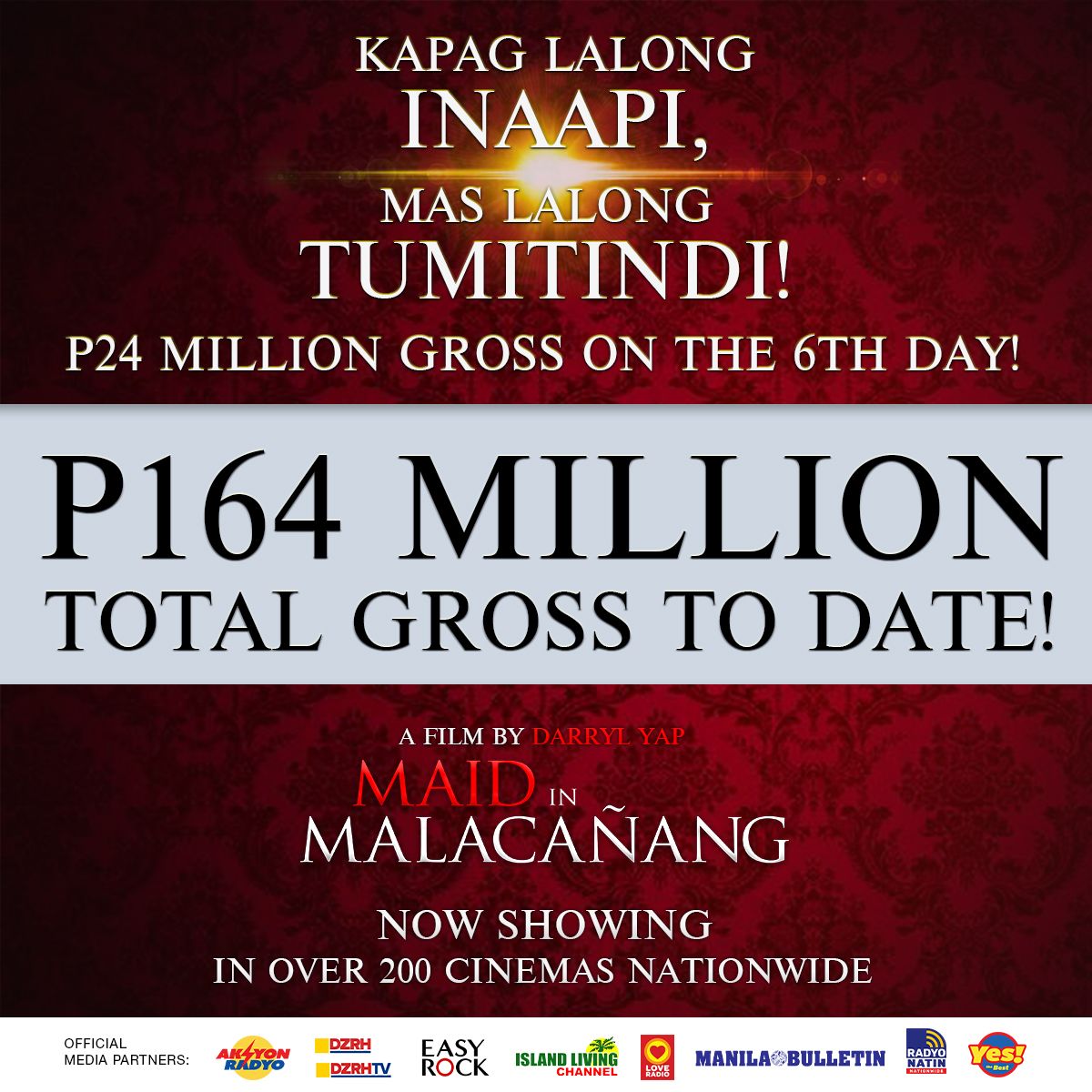 Because the film is still showing in 200 cinemas across the country, it seems that the numbers will continue to rise.

We’re curious to know how much the total gross income will be once the film ends its cinema run.