Do you pick pennies when you find them on the ground? Or do you habitually ignore them and simply go on with your busy life? It’s just a penny after all, right?

Well if you manage to spot a penny one of these days, you better try picking it up – because it could be worth $1,000!

According to the Detroit-based Ally Bank, they have placed 100 fake pennies around the United States and each of these coins are actually worth 100,000 pennies or a thousand dollars.

This is part of a “promotion in which they’re hoping to encourage customers to think differently about ways to save money,” reported Shareably on their website. 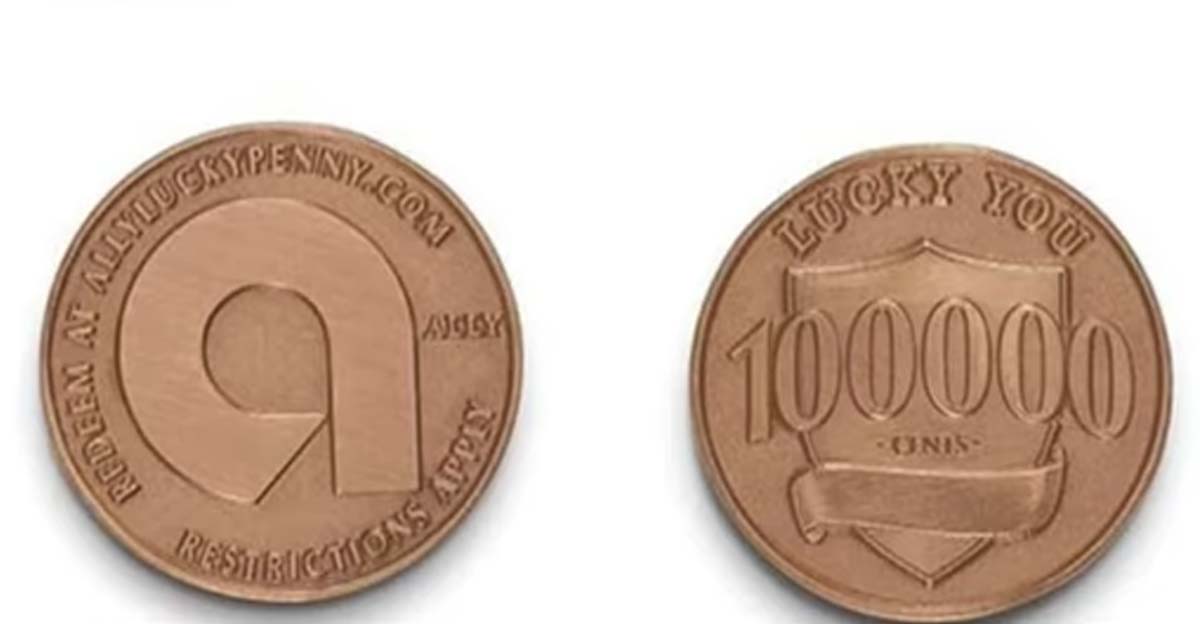 The bank further pointed out that there are around 10 billion pennies minted each year. It is a sad fact, however, that about half of these pennies are removed from circulation. With this campaign, Ally Bank is hoping that people will be reminded about the value of pennies.

The “lucky penny” features the logo of Ally Bank instead of Abraham Lincoln’s face. On the other side, it says “lucky you” along with its value of 100,000 centavos. The pennies have been strategically placed in 10 cities across the United States namely New York, Los Angeles, Chicago, Washington D.C., Miami, Denver, Detroit, San Diego, Charlotte, and Austin.

Why is It Important To Save Money?

“Saving is the lifeblood of financial success, not to mention a good night’s sleep,” the InCharge website tells us.

The site further points out:

“Successful savers don’t have to break out their credit card when their air conditioning unit conks out or they have medical bills not covered by insurance. They have the flexibility to invest in their dreams. They can retire to a life of travel and golf instead of bagging groceries. They can die with the comfort of knowing they’ve left money to help relatives and friends.”