DAVAO CITY, Philippines – One canine from Davao City has proved yet again that dogs are man’s best friends when it rushed to the emergency room of Davao Doctors Hospital along with dying owner who was brought there for treatment.

The dog whose name was “Saicy” was a constant companion for an old man named Elenito Bandayanon. The two were at home when Elenito suffered a heart attack.

At the hospital, the dog was even able to reach the Emergency Room (ER) where the old man was being rescued.

A nurse reliever at Metro Davao Medical and Research Center (MDMRC), Arvin Ceria, noticed the dog trying to enter the ER door so it could be with its dying owner. Arvin was so touched by the dog’s loyalty that he took a snapshot of the canine outside the ER door and shared it on social media. 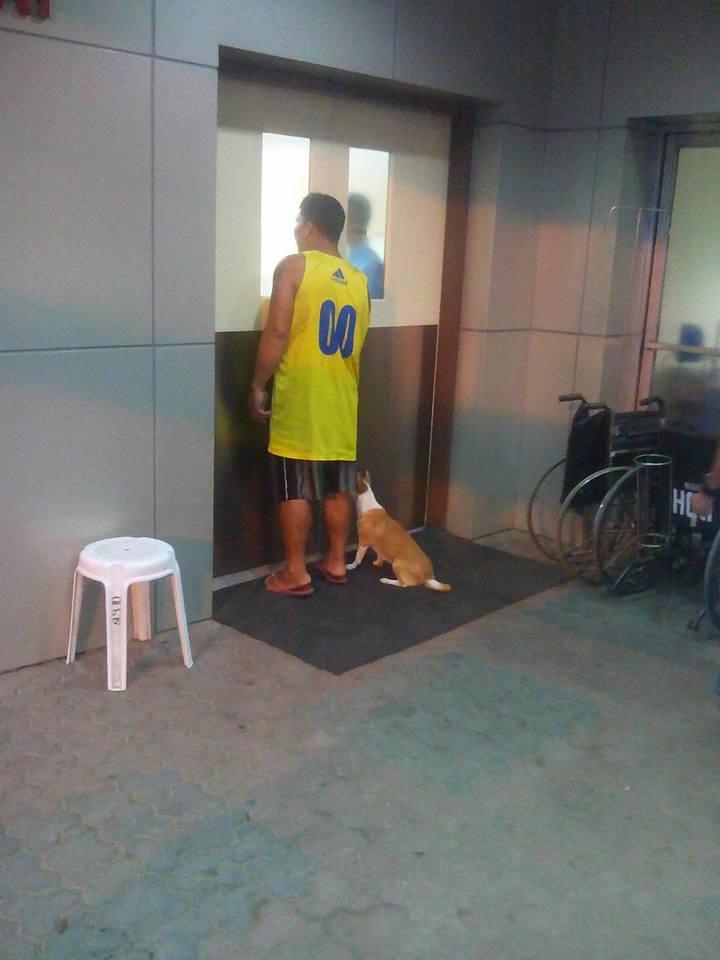 In the post, Arvin revealed how Saicy was able to arrive at the hospital and that, when its owner died, the hospital staff allowed the dog to get inside. Saicy touched her owner with her paws and howled, possibly coming to a realization that the old man was already dead and that it was only his body which was left on that bed.

When Arvin’s post went viral, Elenito’s stepson messaged the nurse reliever, thanking him for sharing the poignant moment of their dog loyally awaiting their dying dad. Although devastated that the old man was gone, the stepson assured the public that they (including Saicy) are going to be fine; although the dog has taken to staying underneath her late owner’s coffin during the wake…

Most hospitals have strict rules against pets or any type of animal being brought inside the hospital (a human hospital, that is); though there are some that bend the rules in favor of dying patients so that they might experience joy before they pass away.

While animals are often barred from getting inside hospitals because of infection risks, these hospitals are bending such rules to promote “pet therapy”. This was especially implemented after numerous studies revealed that these domesticated animals pose low risk of transmitting infection to the patients.

Still, many hospitals choose to exercise more caution, choosing to be safe than sorry so that they continue to bar people from bringing in any form of pet or animal inside.