A loyal dog who joined his 3-year-old little human in time out recently went viral, with the adorable photo gaining over 45k shares and more than 3.1k comments from amused netizens who just can’t get enough of their cuteness.

In a post on Facebook, Jillian Marie Smith tagged Cheyenne Smith as she posted the photo of their son, Peyton, whom she sent to time out.

“When you’re in time out but your best pal won’t let you serve your time alone 😂🥰 ©2020JillianSmith,” Jillian posted. 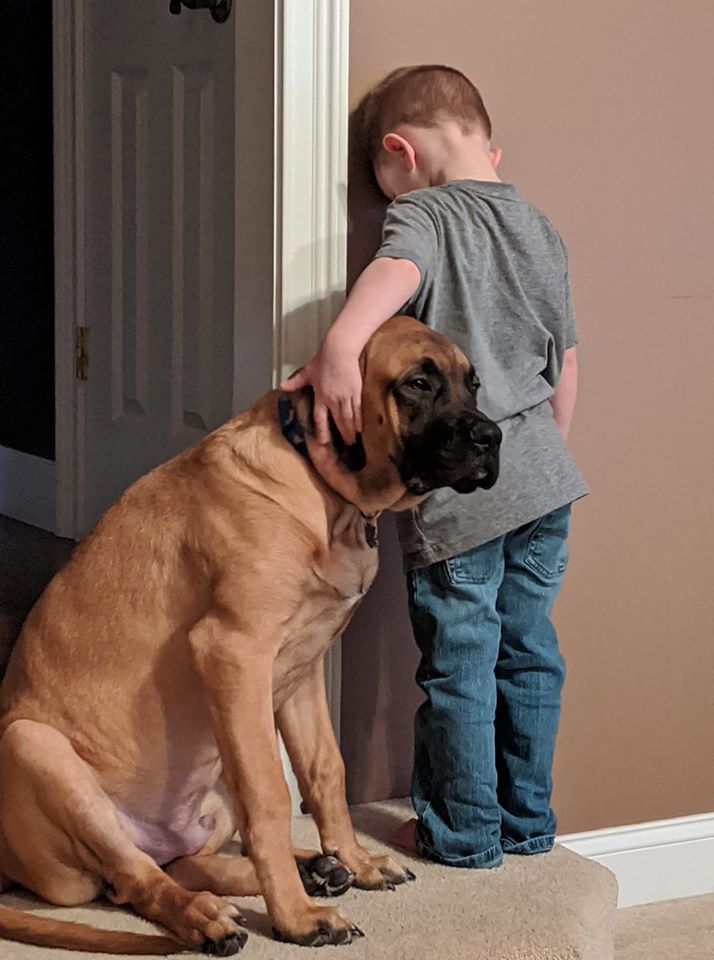 The 3-year-old boy got into a fight with his 5-year-old sister. Jillian gave him two choices: go to his room or go to time out. Peyton chose time out. With his head against the wall, Peyton went to time out.

Dash, the family’s English mastiff, quietly joined Peyton in the corner. A grateful Peyton wrapped his arm around his best friend, as if to say, “Thank you.”

Everyone truly loved how Dash made sure his little best friend is not alone. He could, somehow, feel the boy’s pain, but since he’s unsure of what to do to make his little human happy, Dash simply went there to provide some support. It worked!

“I couldn’t be mad long because it was just so cute how Peyton wrapped his arm around Dash. When Peyton had to go to time-out, I think Dash knew he needed his buddy,” Jillian said.

Jillian told TODAY.com that the two are really such best friends. The family lives in Norwalk, Ohio, with Dash, who’s actually still a 6-month-old puppy!

The English mastiff and Peyton love to play games. 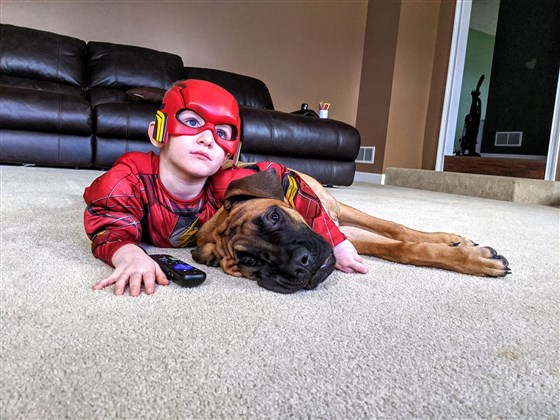 “Peyton dresses Dash up in superhero costumes and they act out fight scenes. I don’t think Dash understands what’s happening, but he allows Peyton to do whatever,” Jillian told the paper.

When Peyton arrives from school, Dash is the first one he looks for.

“Dash! I’m home!” the kid would call out to his best friend.

How Big Does English Mastiff Grow?

Dash is just a puppy! While he’s already big, English mastiffs can grow to as big as 200 pounds (90 kilograms). It’s really a giant among dogs!