On December 19, townspeople at Ain Sefra in Algeria were shocked to find that the red sand dunes of Sahara desert has surprisingly turned white. Considered the driest and hottest region in the world with its temperature reaching more than 50 degrees Celsius, Sahara desert is probably the last place you’d expect to find snow.

But it wasn’t the first time that the desert has experienced snowfall. In February 1979, a brief blizzard hit the town. Snow fell in some areas in southern Algeria stopping traffic. However, several Saharan mountain ranges receive snow on a more regular basis. 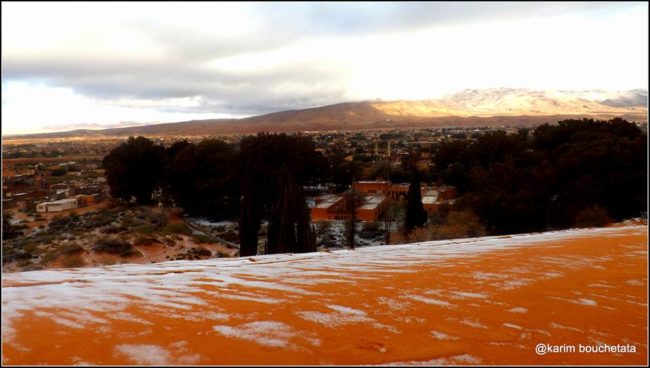 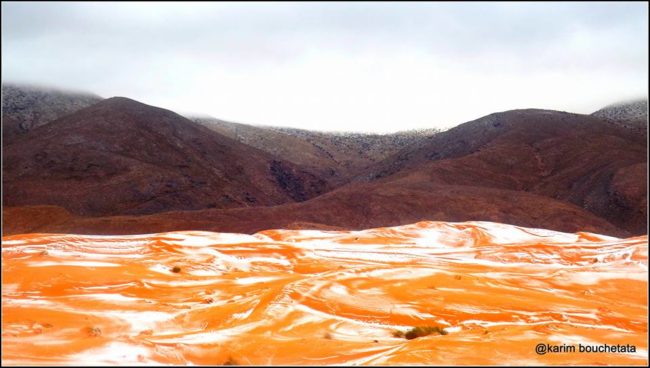 According to Bouchetata, everyone was stunned to see snow falling in the desert spanning 3,600,000 square miles. 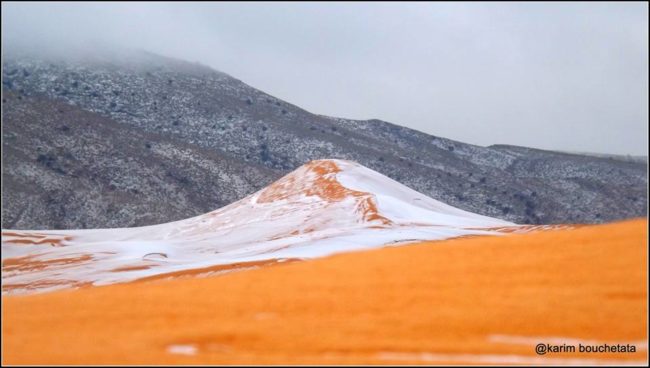 “It is such a rare occurrence. It looked amazing as the snow settled on the sand and made a great set of photos. The snow stayed for about a day and has now melted away,” Bouchetata said. 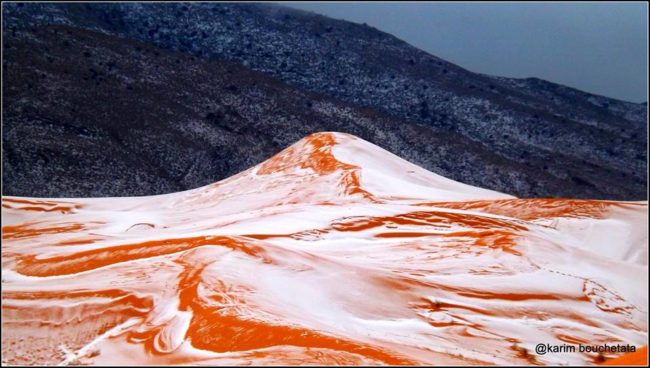 According to a report by Washington Post, an unusually strong area of low pressure at high altitudes was passing over the area. This caused the air to quickly rise and cool allowing the exceptionally rare snowfall. 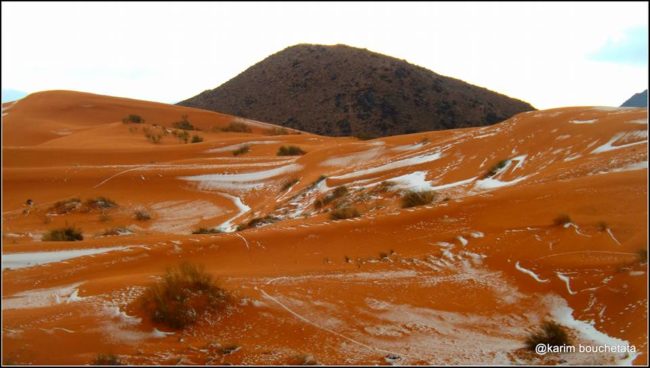 Considered as the largest low-altitude hot desert in the world and the third largest desert after Antartica and the Arctic, Sahara desert is comparable to the area of the United States.

The term “Sahara” is coined from the plural Arabic language word for desert.