Photos of a woman’s “smiling eye” have taken social media by storm after one guy shared them on Facebook but the eye turns into something truly unexpected – and if you finally see it, I bet you’ll be laughing really hard.

First, take a look at this photo. What do you see?

I personally thought this was a rather creepy photo. Perhaps the story went viral because of its creepy origins? Well, not really. 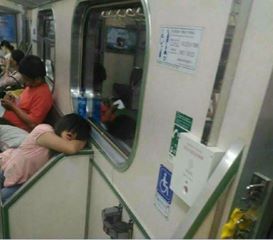 Today take MRT go appointment. Then I felt someone keep looking at me inside the train. The eyes are like smiling. This kept for quite some time.

So at the end, I decided go and approach her to sell insurance.

Now that you knew it was her mouth, the picture changes, right? Instead of looking rather creepy, it turns into something really hilarious! 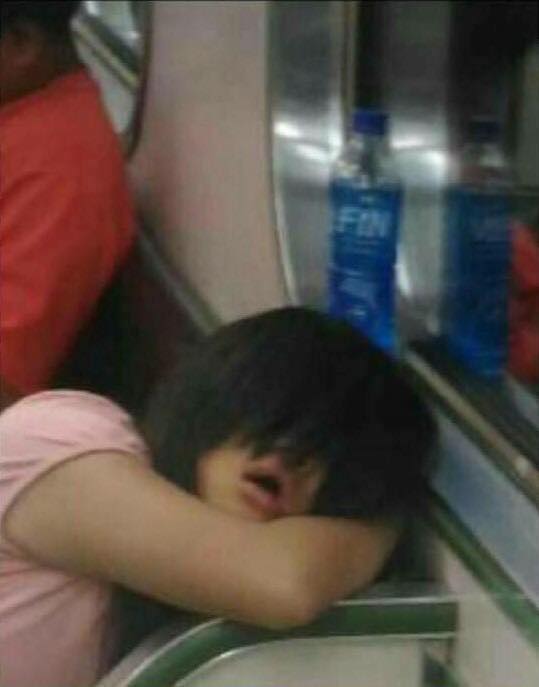 Of course, it is highly possible that Kang wasn’t the original uploader of the photo. After all, he did mention that it was a #CopyPaste; however, he did not indicate whether the entire story and the photos were copied and pasted or whether he actually chanced on a sleeping woman who fit the whole story and so he took her photos to repost the supposedly story of what happened in that MRT.

A lot of netizens were also skeptical that this happened at all but to date, the post has gained over 58k reactions and 14k comments since it was posted 2 days ago! It seems that this was quite interesting to netizens.

We can’t vouch for its authenticity; all we know is that it is one of the most viral things we’ve seen this week…