Home
News
News & Culture
LOOK: This Photo of a Small Nipa Hut Has Gone Viral for a Touching Reason

MANILA, Philippines- The story behind a netizen’s photo of a small nipa hut situated on top of a mountain has inspired social media users for an unexpected reason.

The photo, which amassed more than 28,000 likes and 5,000 shares as of press time, was captured by Gideon Lasco, a physician, medical anthropologist, writer, mountaineer and an environmental advocate. 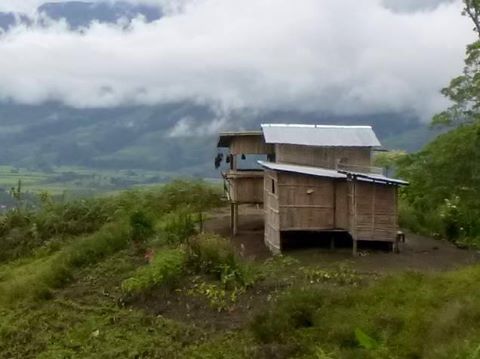 In the caption of the viral photo, Lasco narrated the heartwarming story behind the seemingly simple photo.

As someone who is used to losing cellphones in different circumstances such as riding a jeepney, bus and even a boat, Lasco recounted one particular experience that forever changed his outlook about Maguindanao.

He wrote: “But there was a time when I thought that my phone was gone, only for me to get it back in a way that helped me appreciate an often-misunderstood part of our country. I was traveling in Maguindanao when, upon returning to Cotabato City, I realized that my phone was gone. At the time, the Maguindanao massacre was still fresh on people’s minds and I have to admit that I felt a bit of unease while traveling in the area. In any case, even if the disappearance happened anywhere else in the Philippines, I honestly thought that there was no chance that I could ever get my phone back.”

His friend and host in Cotabato, Dr. Zhamir Umag surprisingly received a message from Lasco’s mobile number the same night he lost it. It turned out, the person who found his phone, which he lost while traveling back to Cotabato, wanted to return it to him. After making arrangements with Umag, the finder, who lives in Buldon, Maguindanao, decided to bring back the mobile phone to Cotabato the next chance he gets to go to the city.

Lasco received the phone, which was sent through a courier, when he was already back in Manila. Upon checking his phone, Lasco noticed various pictures that the finder probably have snapped.

“It revealed a mountainous area and a wooden house (like the one in the picture) that must have been the finder’s home. Surely, if he had sold the phone, it would have made for a significant sum. The more I looked at the photos – the finder’s young kids, his wife, and their village – the more I marveled at the kindness of the finder,” Lasco narrated in his post.

This prompted Lasco to ask Umag to offer a token of appreciation to finder and his family.

But instead of accepting Lasco’s offer, the finder told Umag: “Please tell him that we’re not expecting any reward. We’re just being good Muslims.”