An Uber driver has recently gone viral after one netizen shared a photo of his cab where a note could be seen hanging to warn passengers that he is hard of hearing. The driver was praised for doing his best to earn money despite his disability but people were also impressed because he actually lost his hearing in canon fire in Sulu back in the days when he was still a soldier!

The elderly driver was photographed by netizen Deen Samson who shared the snapshot on Twitter.

She wrote, “I salute you kuya for your service!” We’re quite sure she didn’t just mean the Uber ride but also the driver’s service as a soldier of the country back in his youth.

According to Twitter user @lecharitycooney, “Omg I got this Uber driver a couple of weeks ago. He lost his hearing because of a [cannon] fire in Sulu.” 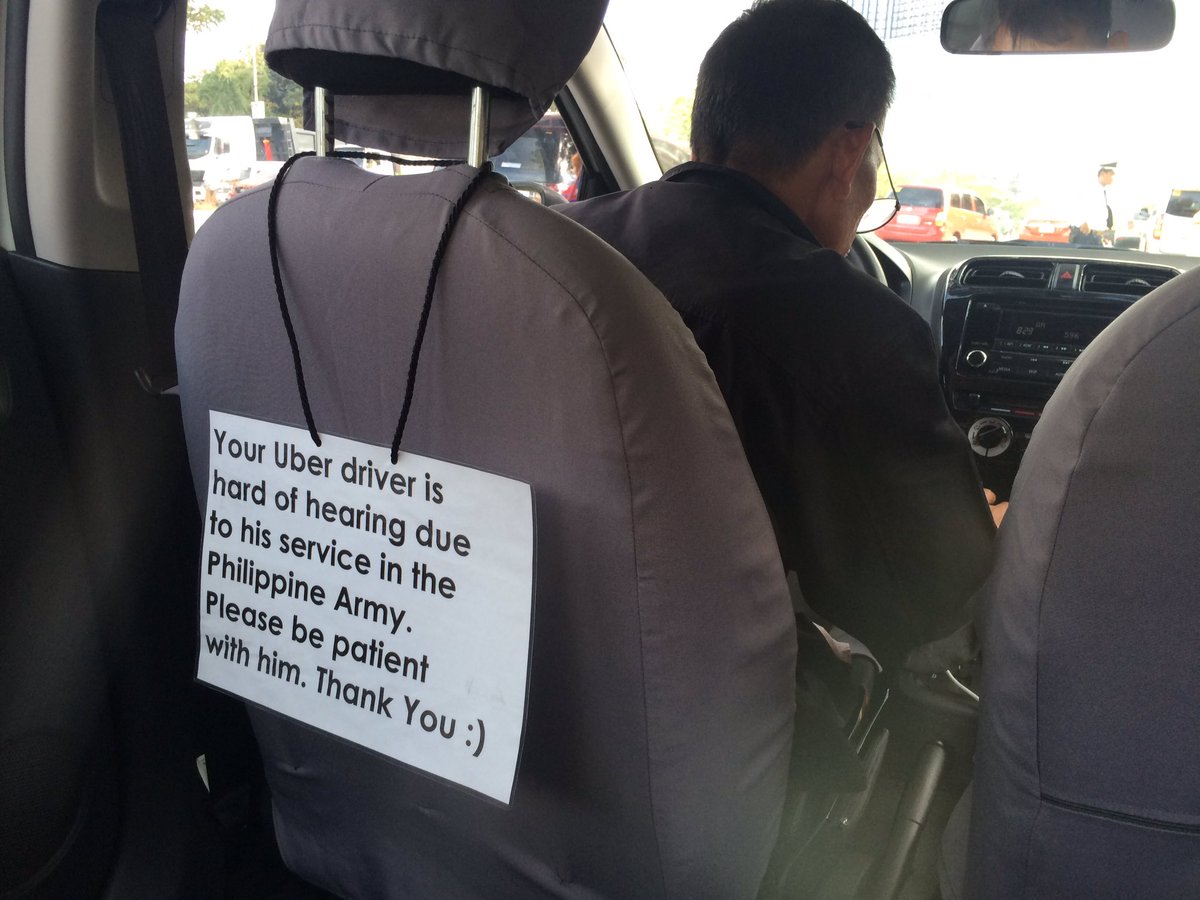 It is wonderful that this man had once served at the Philippine army and that he’s done service for the country; although that led to his hearing loss. We could only imagine how many of our soldiers have also lost their hearing due to gunfire and other loud artillery such as cannons.

Still, it was also quite amazing that despite his hearing loss, he managed to continue living as normally as he could and that he’s now offering his services as Uber driver.

His vehicle had a note stating, “Your Uber driver is hard of hearing due to his service in the Philippine Army. Please be patient with him. Thank you.” The sign ended with a smiley.

Uber is an app-based transportation network service that provides passengers with a more stylish ride compared with taxis and other public transportation modes because they get to ride in a vehicle that doesn’t have marks such as those printed on taxis.